BBC Breakfast meteorologist Carol Kirkwood usually delivers her forecasts on location rather than in the studio alongside the hosts.

But today she was present in the studio and Louise and Dan Walker seemed pleased to have her there.

In light of the special occasion, Carl was invited onto the sofa to do the morning’s paper review with Dan, Louise and Ben Thompson.

Dan declared: “We always love to have you for a paper review so this is a rare moment of magic. You have to find something in the paper now to talk about.”

I don’t care about the rest of you

Dan and Louise read out some headlines before turning to their co-presenters for their turn.

However, Dan joked that he was more concerned with Carol’s report than anyone else’s.

He began: “Right, let’s start with Carol because frankly I don’t care about the rest of you.”

“That’s true, neither do we,” Ben joked back while Carol laughed as she replied: “Thanks, Dan!”

“Not you Louise, obviously,” Dan said as he turned to his co-host.

“Oh, thanks!” Sally exclaimed after the snub. 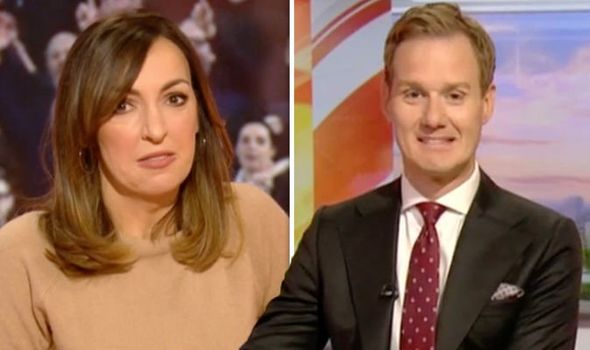 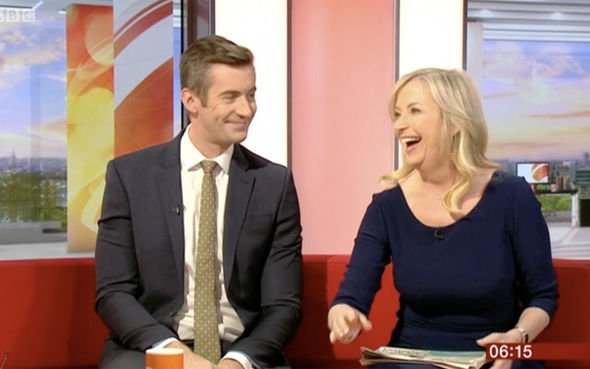 Louise then giggled to Dan: “Just make it worse.”

Carol chose to talk about the news report of a man who had found a 4ft pot hole and Sally insisted she couldn’t follow on from that.

Dan told Sally: “It’s a strong start from Kirkwood, what have you got, Nugent?”

“I could never match, I’m not even going to try. Don’t even make me try,” she jested before moving on to discuss another news item.

Meanwhile, fans of the show were delighted to see Carol in the studio for a change and they share their feelings on Twitter. 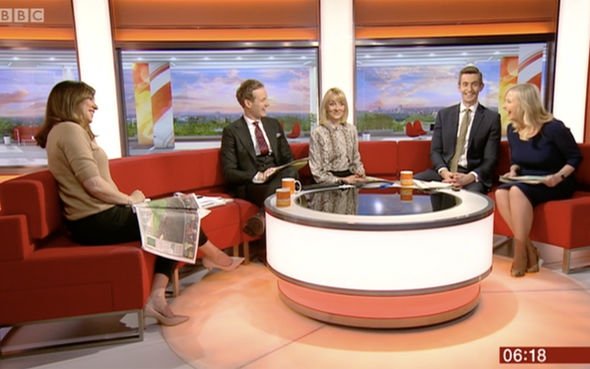 “Loving you in the studio today Carol,” one viewer wrote on the social media site.

Another fan suggested: “Should make it a regular thing having carol on your sofa guys!!”

“Great fun on BBC Breakfast and some great stories, Carol Kirkwood being on the Sofa has made my Day. Thanks for making my morning so entertaining,” a third wrote.

While a fourth shared: “Can BBC Breakfast get any better? Carol, Sally and Louise on the sofa.”

BBC Breakfast airs weekdays at 6am on BBC One.