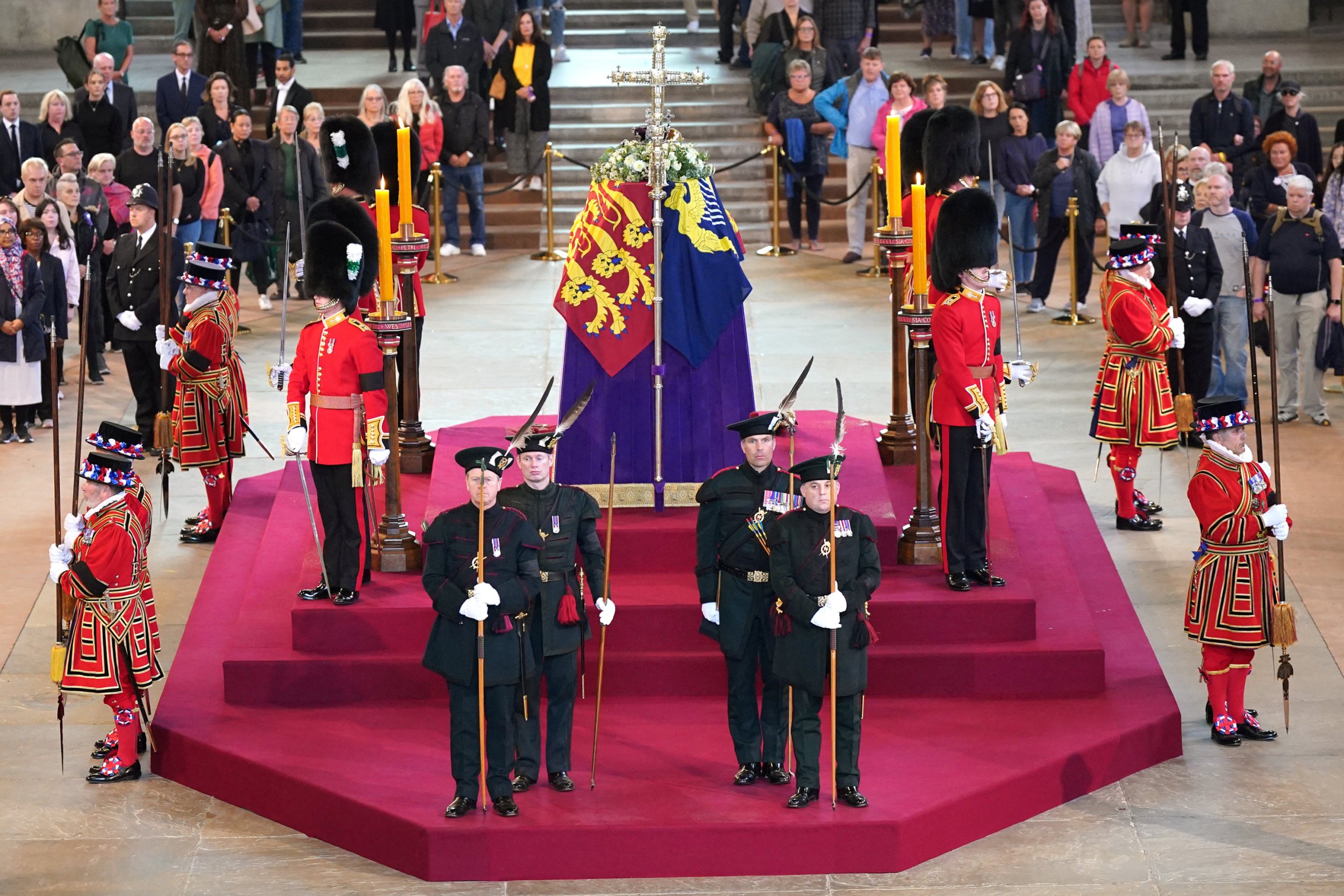 The BBC’s live stream of her Majesty The Queen’s lying in state has already been viewed more than 7.5 million times in 48 hours.

On September 14, the BBC began streaming footage of the Queen’s coffin in Westminster Hall, with mourners unable to make the journey to visit in person able to pay their respects from anywhere in the world.

Since then and up to the end of September 15, the stream got 3.89 million views in the UK and a further 1.38million from outside the UK.

There are a further two separate BBC streams on YouTube which had an additional 2.247million views, bringing the total to over 7.5million.

In a statement confirming the figures, the BBC added: ‘We expect these numbers to rise in the days ahead.’

The stream will continue until Monday September 19 when Queen Elizabeth II will be laid to rest.

Thousands of mourners have queued for hours to bid Her Majesty farewell, with the likes of David Beckham and Susanna Reid among those spotted in attendance.

Holly Willoughby and Phillip Schofield were also seen visiting the coffin, filming a segment for ITV’s This Morning.

It’s predicted that more than 4.1billion people across the world will tune in to watch Her Majesty’s funeral on Monday, with BBC, ITV and Sky News clearing their entire schedules for the historic day.

Channel 4 will instead be showing 1953 documentary A Queen Is Crowned, narrated by Sir Laurence Olivier.

Prince Philip’s funeral, which took place on April 17, 2021, was watched by over 13 million people in the UK.

Head to Metro.co.uk’s Queen Elizabeth II tag page for the latest updates, and sign Metro.co.uk’s book of condolence to Her Majesty here.

Prior to the Duke Of Edinburgh, the last major royal funeral to be televised was that of the Queen Mother in April 2002.

Princess Diana’s funeral in September 1997 was also televised, and was watched by over 32 million people.