Captain Lee Rosbach from Below Deck admits he has never “unloaded on a guest like that” when charter guest Dolores leaped into the ocean during dinner. But a past experience may have been behind his explosive reaction. 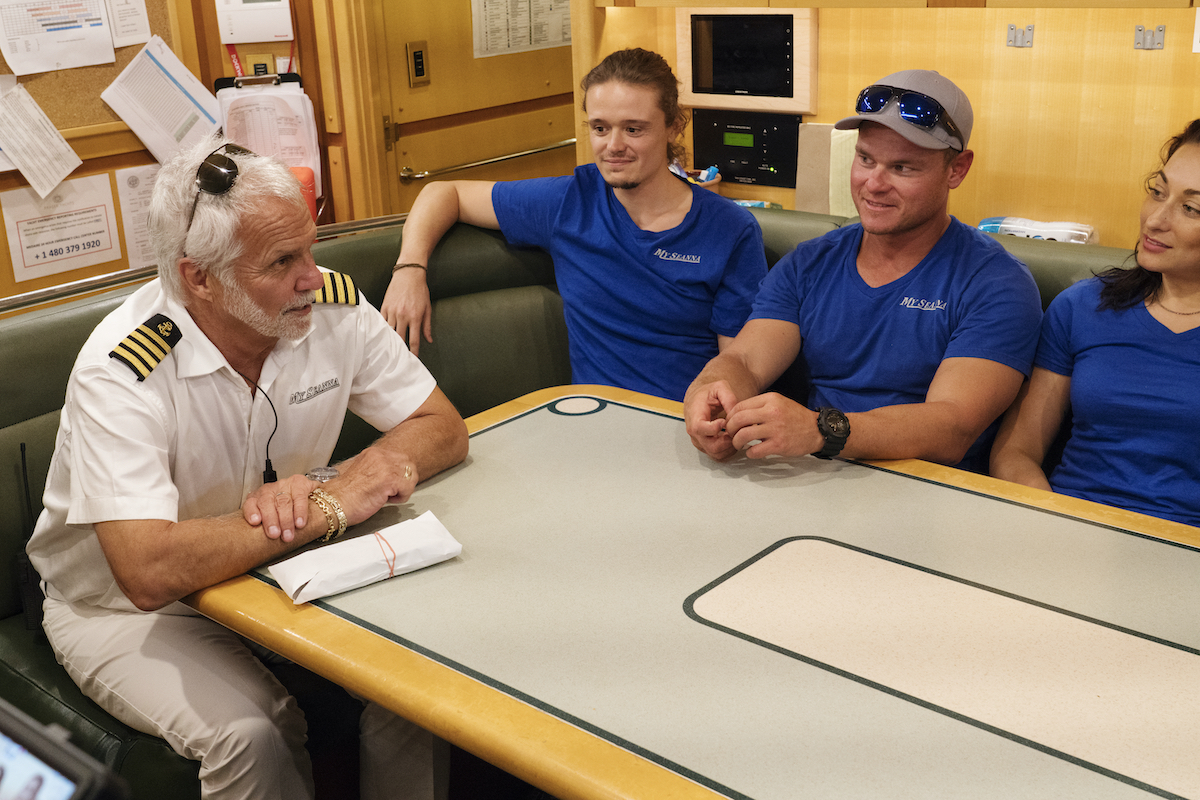 He’s so furious he ends the entire charter early. Deckhand James Hough said he didn’t think the ocean jump was a huge deal. “When you’re charting out a big expensive superyacht and you have a drink, people end up doing funny stuff,” Hough said on the Below Deck After Show.

“She wanted to go for a swim,” Hough continued. “I don’t really see the problem with that. Honestly, if I was in their situation and I was one of the guests I would have jumped in with her. The only reason I didn’t was because I didn’t have a change of clothes.”

Hough saw the jump as no biggie, but Rosbach explained that the visibility at night in the Caribbean is limited. Plus he had an experience with a deck crew member who fell into the water during season 6 that continues to haunt him.

Gerber immediately called “man overboard” and the crew scrambled. A fast-thinking cameraman managed to free Pienaar’s leg from the rope and he swam to the tender being towed behind the yacht. Rosbach and the crew knew Pienaar could have died and the moment rattled Rosbach.

“Well, this has been an eventful charter so far, right?” Rosbach wrote in his recent blog. “I mean, these guys can really put it away. Most of them seem to be just fine, but, yeah, there is always that one isn’t there? Especially after almost losing Ashton last year, this is not what I need nor will I tolerate it as you may have noticed. You want to put your life at risk, feel free, but damned sure won’t be on my boat. Going to be interesting to see how this plays out.”

Captain Lee is forever changed because of the accident

Unlike the charter guest who dove into the ocean, the crew was completely sober and just doing their job. But Rosbach vowed the errors that occurred would not be repeated. “The three of us just looked at each other in kind of bewilderment not really knowing what was going on,” chef Adrian Martin said about experiencing the moment with Kate Chastain and Josiah Carter.

“I thought he’d just fallen off the back and just chilling in the water about to go on the tender,” he added. “I didn’t realize the gravity of the situation or how far it had gone.”