AMC’s hit crime series Better Call Saul is fast approaching its finale, which will tie into the beginning of Netflix’s Breaking Bad. The latest episode left viewers in tears after two of the franchise’s iconic characters made a surprise appearance.

Better Call Saul is the spin-off prequel series of Breaking Bad which first landed on screens in 2015.

The show was a huge hit with fans as it introduced a number of new characters and provided a backstory for others.

And, after much anticipation, the pair popped up in episode 11 of the final series. 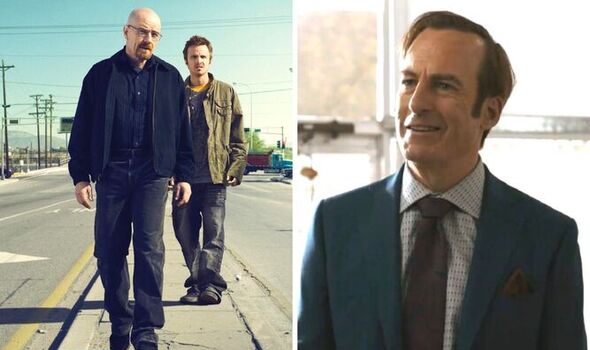 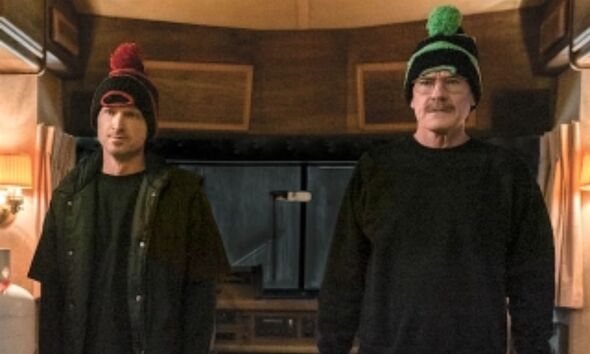 The instalment opened with a kidnapped Saul in the back of Jesse and Walter’s meth lab RV begging for his life.

He could be heard pleading: “It wasn’t me! It was Ignacio! He’s the one!”

Later in the episode, viewers gained an insight into what happened just moments before Saul was heard begging for his life.

Saul was certain he would be left for dead in the desert but was left stunned when he stepped into the RV. 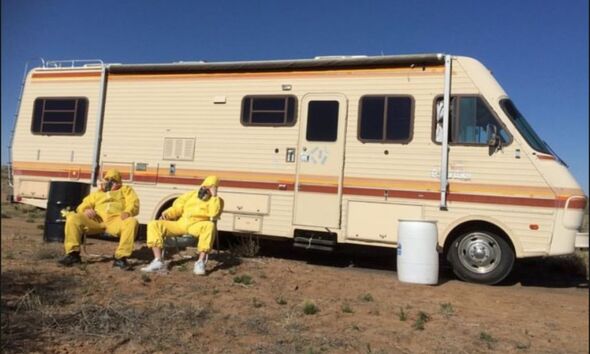 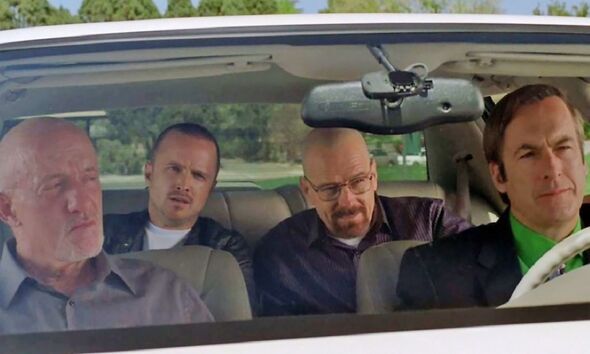 As Walt stepped into the shoes of his alias Heisenberg and gave instructions on cooking meth, Saul pressed him for more details about making the famous blue drug.

Walt refused to engage in conversation but Jesse was keen to know about Saul’s connections, asking: “So, who’s Lalo?”

Saul brushed him off and asked Walt to try the engine.

In that instance, Saul asked Walt and Jesse if Lalo had sent them to kill him, which later inspired Jesse’s question.

Taking to Twitter @GoodTimeCC posted a photo of Walter and Jesse, which they captioned: “I AM IN TEARS!!!”