Big Bang Theory ran for 12 seasons on CBS and fans in the UK have been able to watch it on E4. The series follows genius Sheldon Cooper (played by Jim Parsons) who had a problem forming emotional or romantic connections. Fans have discovered an alternate plot in which Sheldon had sex with a character who did not make the series.

Did Sheldon Cooper have sex before Amy?

The creators of Big Bang Theory put together an unaired pilot back when the series first landed on CBS.

In the pilot, one of Sheldon and Leonard Hofstadter’s (Johnny Galecki) friends was a woman named Gilda (to be played by Iris Bahr).

Her character was scrapped but she did later inspire the character Leslie Winkle (Sara Gilbert) the experimental physicist.

Gilda was supposed to be a close friend of Sheldon and Leonard, and she worked with them at Caltech.

She reveals a shocking fact about Sheldon’s sex life, claiming she previously had sex with him at a convention. 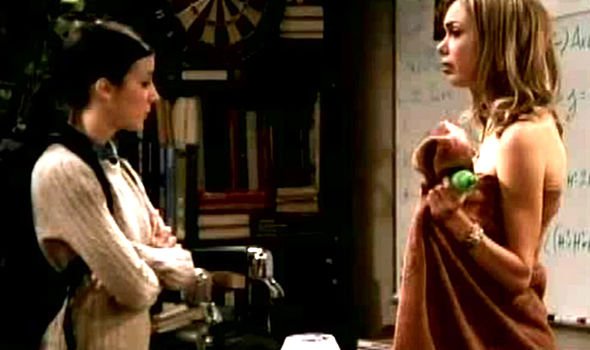 Sheldon is known to be a socially awkward character who is not great at forming romantic relationships with women.

Fans know it took him a long time to develop an emotional connection and physical attraction to Amy Farrah Fowler (Mayim Bialik).

So this plot twist shows a major twist in Sheldon’s character, as he has always been afraid of intimacy.

In the unaired pilot, Gilda says she had sex with Sheldon at a Star Trek convention.

One of the defining personality traits for Sheldon is his asexual tendencies – but creators Bill Prady and Chuck Lorre had a completely different vision of Sheldon. 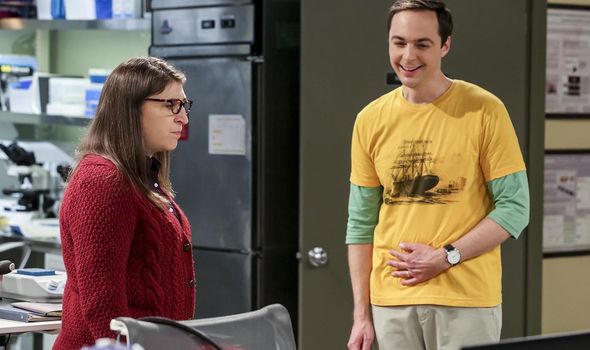 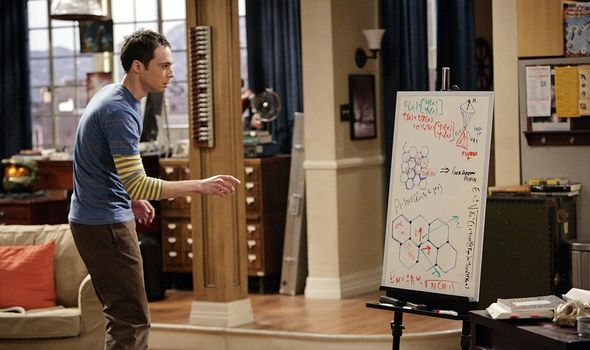 CBR.com said: “Later in the episode, we meet another rejected character, Sheldon and Leonard’s colleague Gilda (played by Iris Bahr), who was romantically interested in Leonard but, as it is revealed in the episode, had once had sex with Sheldon at a Star Trek convention.

“Gilda explained, ‘He was doing such an effective job portraying a Vulcan caught up in the pon farr mating fever that I couldn’t say no.’

“At one point, Katie mocks Sheldon’s inexperience with women and he defends himself by explaining that he had seen six naked women in his life, and not all of them were relatives.”

The opening sequence of the pilot also showed Leonard and Sheldon making money by donating to a sperm bank for high-IQ donors.

Sheldon then commented on the physique of a woman seen on the front of one of the magazines at the clinic.

As Gilda’s character never made it into the series, Sheldon’s sexual history had to change.

Instead, the character Howard Wolowitz (Simon Helberg) was introduced as the geeky friend with the sex drive.

Fans came to love Sheldon as a socially awkward character, so it was probably the best decision to change his personality.

Parsons went on to win four Emmy Awards for Best Actor in a Comedy for his role as Sheldon.

The original pilot was scrapped because audiences did not take well to the female characters.

“Depicting Sheldon this way puts him on the same plane of existence as Leonard, when in fact our Sheldon is aloof from the human race in general.

“He is totally disinterested in sex, which sets him apart from his immediate circle of friends, all of whom are anxious to experience the joy of sex.”

In an interview with The Hollywood Reporter, Parsons revealed he was “scared” about revealing his sexuality in the show’s early days.

He said: “I wasn’t some spring chicken. But I hadn’t grown up even close to the era we are in now, as far as what it meant to tell somebody you were gay.

“I think it’s undeniably different than it was 20 years ago.”

Big Bang Theory is available to watch on E4