Taylor Hale’s presence in the Final 3 of Season 24 meant she could potentially become the first Black woman to ever win Big Brother — while wearing the bedazzled jumpsuit for which she was mocked in Week 1, no less! But Sunday’s two-hour conclusion put a few more obstacles in the houseguests’ way as they tried to clinch the $750,000 grand prize. Did Taylor get the big win, or did one of her fellow competitors triumph? Read on for the evening’s highlights:

THE FINAL HOH, PARTS 1 & 2 | As is usually the case, Part 1 of the season’s final Head of Household competition is a test of endurance, this time requiring Turner, Taylor and Monte to cling to oversized hot dogs that are jerking and rotating in all sorts of frantic directions. Taylor is the first to drop, and despite his motion sickness, Turner prevails to win Part 1 when Monte is later thrown from his perch. 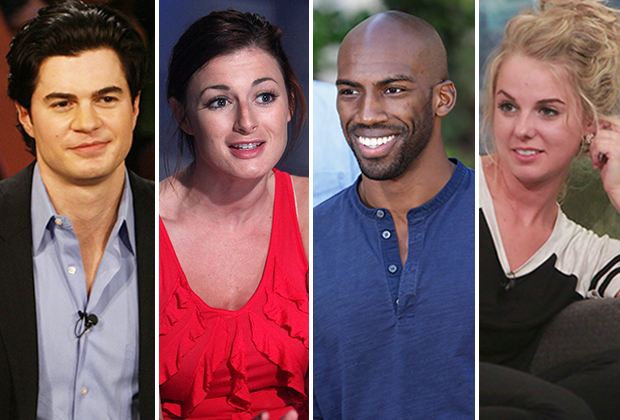 
In Part 2, Monte and Taylor must correctly arrange the titles of this season’s many Head of Household and Power of Veto competitions on two separate billboards, hoping to do so in the faster time. Taylor completes the challenge with an impressive final time of seven minutes and four seconds… but she’s just barely bested by Monte, who gets it done in six minutes and 41 seconds. And with longtime allies Turner and Monte now set to face off in Part 3, Turner’s feeling confident — perhaps too confident! — that he’s going to be in the Final Two no matter what; little does he know, Monte might be more interested in taking Taylor to the end, since he feels he stands a better chance of winning the game against her than Turner.

JURY DEBATE | Brittany joins her fellow jurors for a roundtable discussion, led by BB legend Will Kirby, of who most deserves that prize money. The conversation is a wide-ranging one, touching on everything from Taylor’s impeccable social game to Turner’s manipulative gameplay. But even though all three finalists appear to be worthy contenders in their own right, the chat seems to heavily favor Monte, for both his competition wins and his ability to (mostly) remain off everyone else’s radar, despite being a clear threat throughout the summer. 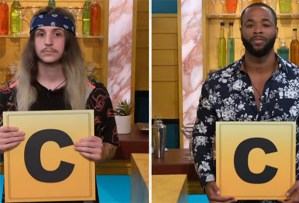 THE FINAL HOH, PART 3 | Once again, per Big Brother tradition, Part 3 of the HOH comp involves true or false questions about the jurors’ time in the BB house. For much of the game, Turner and Monte are evenly matched, both getting all of the questions correct… until Question 6, when Monte pulls ahead by one point. Turner isn’t able to make up the deficit, making Monte the very last Head of Household of the season. And yep, it looks like Turner was a bit too confident in that Final Two deal he made with Monte: When the time comes for Monte to evict someone, he ousts Turner, citing his need to make one big power move that he can put on his résumé for the jury in a few minutes. Turner’s shocked by the choice, but he isn’t mad, and assures Monte on his way out the door that they’re good. (Well, he actually keeps saying, “No love lost!” which means the opposite of what he thinks it does, but we get the picture.

The finale’s second hour moves quite quickly, with lots of business to attend to: Turner joins the rest of the jury, and the nine jurors interrogate Monte and Taylor; the Final Two make their last pleas to the jury, with a particularly impassioned speech from Taylor; and the jurors cast their votes for the winner. Then, it’s time for a little fun, like the reveals that Michael and Joseph are both attorneys in the real world, and Turner’s long-awaited confession that he did, in fact, steal Jasmine’s muffin. (Also, Alyssa and Kyle are still in love or whatever.)

THE WINNER REVEALED | Then, finally, it’s the moment we’ve all been awaiting. The winner of Big Brother Season 24 is… Taylor!

With that, I hand it over to you, Big Brother fans. Were you happy to see Taylor win? Or were you rooting for a Monte (or Turner!) victory? Drop a comment below with all of your finale thoughts!