The latest installment of Big Brother was the most-watched program in the 8 p.m. to 9 p.m. timeslot, airing to 3.33 million viewers and gaining a 0.8 rating in the 18-49 demographic, per Nielsen Live + Same Day Day fast affiliates. Big Brother bested NBC’s Olympic Dreams Featuring Jonas Brothers special (0.3, 2.49M). ABC’s Press Your Luck was the second most-watched title of the hour (0.5, 3.29M).

Also in the same hour was the Kung Fu season one finale. The season ender, which saw a major showdown between Olivia Liang’s Nicky Shen and Yvonne Chapman’s Zhilan, aired to approximately 832,000 viewers and drew in a 0.1 rating. The finale fell from the series’ debut in April (0.2, 1.4M) by a tenth in ratings and about 40% viewers. 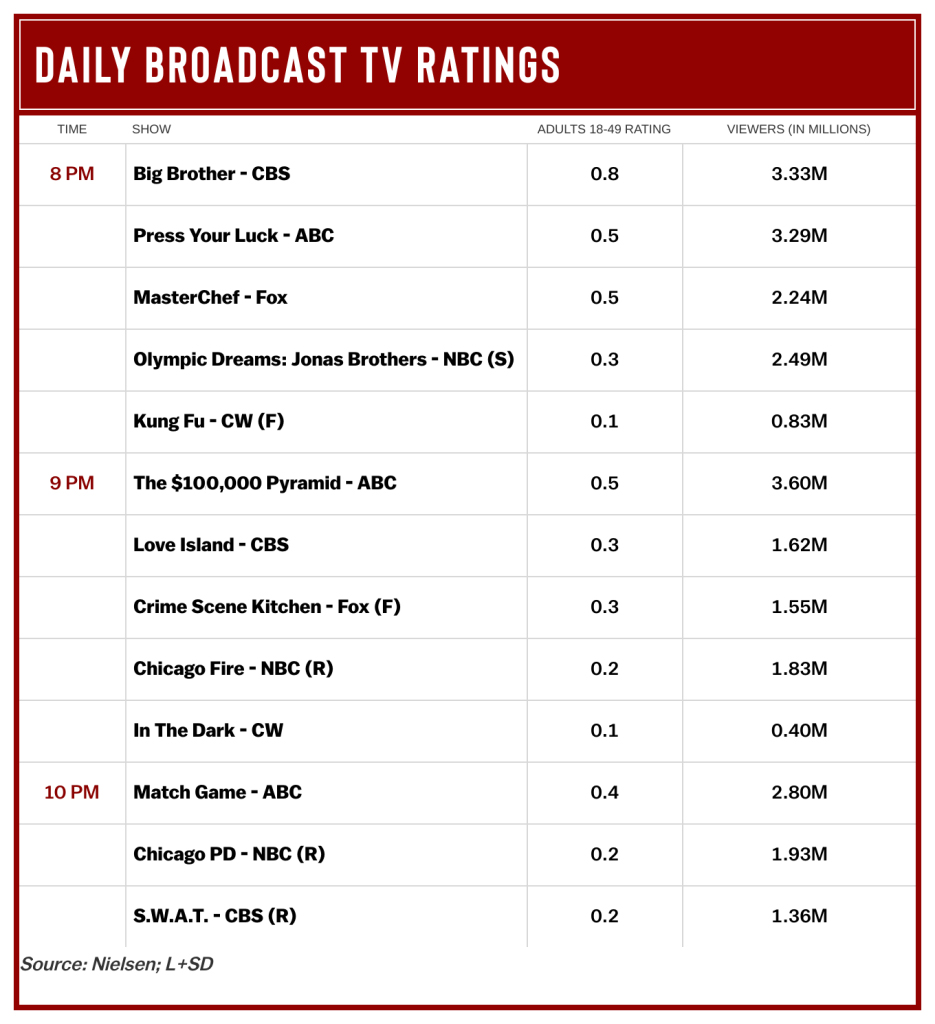