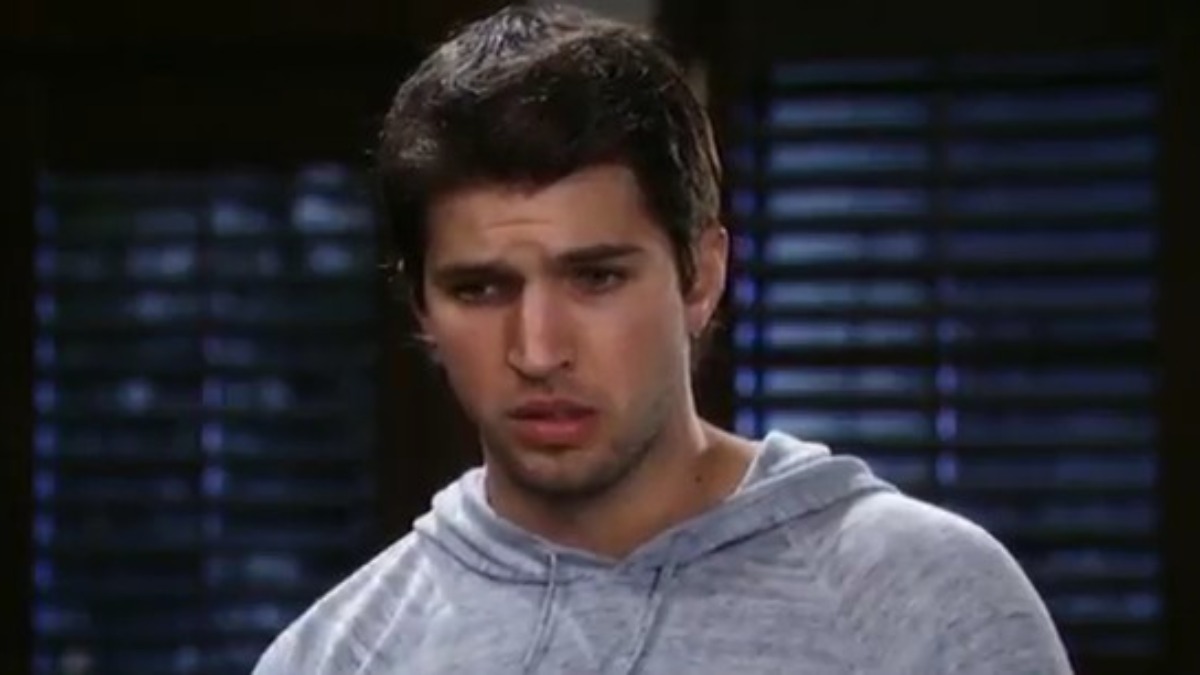 Bryan Craig is ready to delve back into the world of soaps. It has been a while since he was onscreen as Morgan Corinthos on General Hospital, and fans are ready to have him back.

Which soap will Bryan Craig head to?

Yesterday, Bryan Craig tweeted that he is ready to jump back into the daytime world and tagged all four of the remaining soaps. He is up for grabs, which means he is likely done with any contract he may have had in the past.

There are four soaps that are on the air right now and all have resumed production since the coronavirus pandemic shut it down in mid-March. His home soap is General Hospital, but there are plenty of other storylines on the others where he could be woven in.

Ron Carlivati is the writer at Days of our Lives and has worked with Bryan Craig in the past. He wrote for him from 2013 thru 2015. If General Hospital doesn’t pick him up, maybe Days of our Lives will jump at the opportunity.

Both The Young and the Restless and The Bold and the Beautiful are CBS soaps. He doesn’t have ties to either, but they aren’t out of the realm of possibilities.

Bryan Craig is versatile, so he could make any move and be able to fit in like he’s been there for years. With the soap experience he has and the Daytime Emmy win he took home, things could be looking up for him.

General Hospital and Days of our Lives are the two best bets as of now, though no one knows what the future holds. 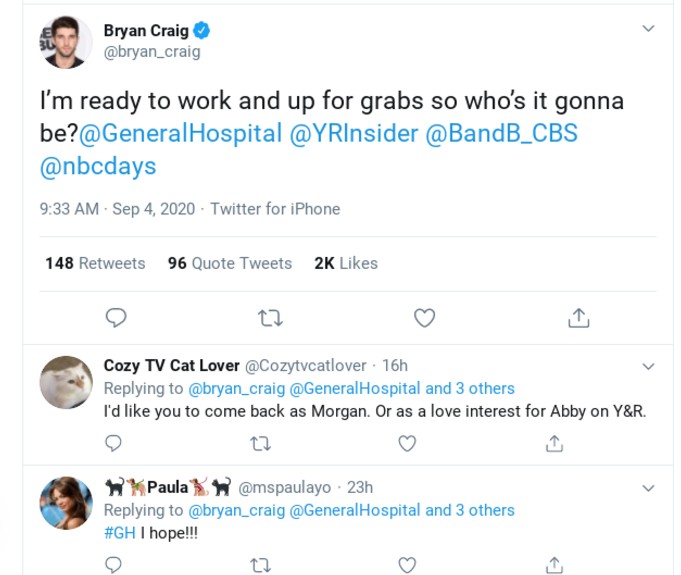 What has Bryan Craig been up to?

Leaving General Hospital was a big deal. Morgan was in a huge storyline with his dad, Sonny (Maurice Benard). They both battle bipolar on the show (it is Maurice’s reality too) and Bryan Craig won two Daytime Emmys for his portrayal of the character.

Viewers may have most recently seen him on Grand Hotel as Javi. He was a series regular and had a pretty deep storyline. Unfortunately, the show aired last summer and the ratings weren’t great. ABC decided not to renew it despite fans’ outcries for more.

At this point, a return to General Hospital would make fans incredibly happy, especially with everything happening with Mike’s (Max Gail) decline and Sonny being under attack.