New photos from the set of the upcoming Sex and the City reboot, And Just Like That…, has fervent fans of the original series in a sartorial uproar.

In the images, the show’s star, Sarah Jessica Parker, is seen filming a scene wearing a bohemian-inspired printed dress layered over a baby blue chambray button-down. The ensemble itself isn’t what fans are nitpicking, however, it’s more so where the dress came from: According to the fan-documented Instagram account @justlikethatcloset, the folksy frock is from the nostalgic mall retailer Forever 21. The accessories paired with the look—a pair of glittery platform heels courtesy of Terry de Havilland and a printed logo handbag from Gucci and Balenciaga’s joint collection—are more on par with the aesthetics of Carrie’s character. 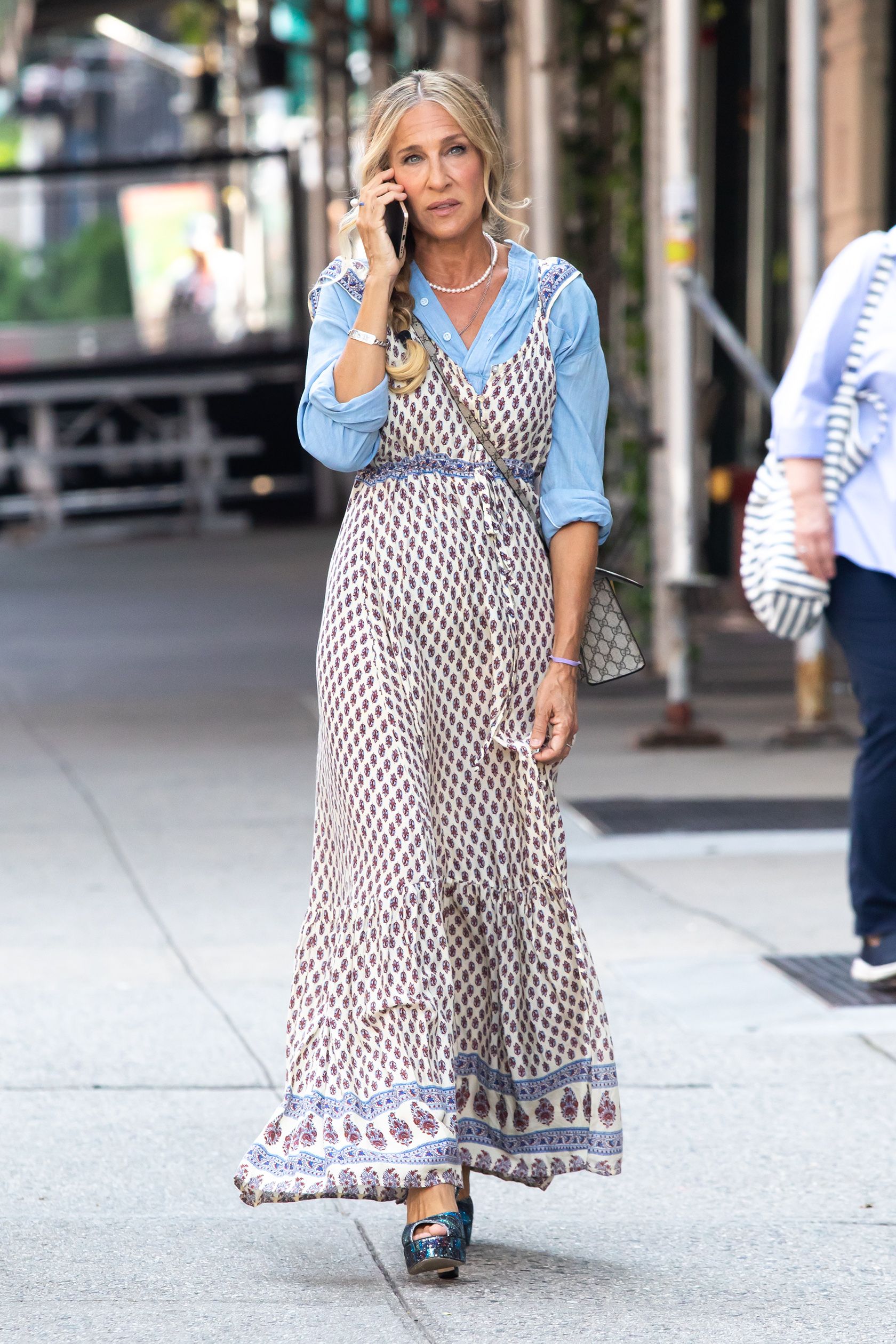 While there’s nothing wrong with a bargain fashion find now and then, fans couldn’t help but express their discontent with the style selection on social media. After all, Carrie Bradshaw is known for her luxe fashion sense; her name became attached to Manolo Blahnik stilettos and Fendi baguette bags. And though Carrie absolutely spent time scouring vintage stores and thrift shops for marked-down pieces, longtime fans of the series aren’t buying that their favorite character would ever willingly purchase something from Forever 21.