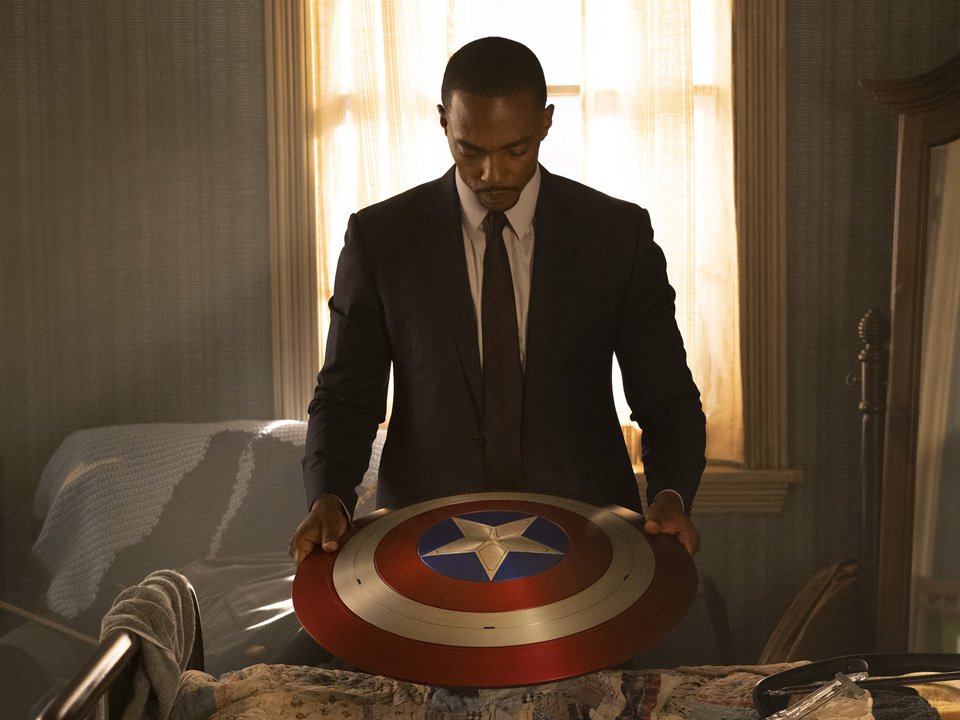 An untitled Captain America 4 film is reportedly in the works from Marvel, following the MCU’s explosive finale for episode six of The Falcon and The Winter Soldier on Disney Plus.

Following the events of Avengers: Endgame, when Steve Rogers (Chris Evans) handed over Captain America’s shield to Sam Wilson (Anthony Mackie), it’s been rumoured that Chris could return to reprise the role.

Despite Chris seemingly shutting the speculation down, that hasn’t stopped the gossip mill from churning, and now it appears a fourth Captain America film could be on the way.

It’s been reported that Captain America 4 will be co-written by Malcolm Spellman, the creator and head writer of Falcon and The Winter Soldier.

It’s said that he will pen the script alongside Dalan Musson, another writer on the MCU series.

If the film does go ahead, as many fans will surely be hoping, one could assume that it would continue the story of Sam, who finally decided how he felt about Captain America’s shield in the Falcon and The Winter Soldier finale (*spoilers if you click the following link*).

According to The Hollywood Reporter, who broke the report of a supposed Captain America 4, there are currently no confirmed castings for the project.

This includes whether or not it could feature Steve, whose fate after Avengers: Endgame currently remains unknown.

The first Captain America film was released a decade ago in 2011, introducing the world to the First Avenger, alongside his close friend Bucky Barnes (Sebastian Stan).

Three years later, Captain America: The Winter Soldier was released, revealing that Bucky is alive and has been operating as the lethal Winter Soldier for decades.

In 2016, Steve and Tony Stark (Robert Downey Jr), aka Iron Man, went head to head in Captain America: Civil War, with the pair ending the film on bitter terms after facing each other and their fellow Avengers in battle.

Both of the characters’ last outings were in Avengers: Endgame, when the stars of the MCU attended Tony’s funeral and Steve returned from his Infinity Stone mission as an elderly man.

Considering members of the public in the MCU believe Steve is living on the moon, there’s definitely a possibility of Marvel Studios writers using this as a way to bring him back into the fold alongside Sam and Bucky.

However, there is also speculation that Falcon and The Winter Soldier could be renewed for a second season.

According to The Hollywood Reporter, Marvel did not make any comment.

Metro.co.uk has contacted Marvel Studios at Disney for comment.