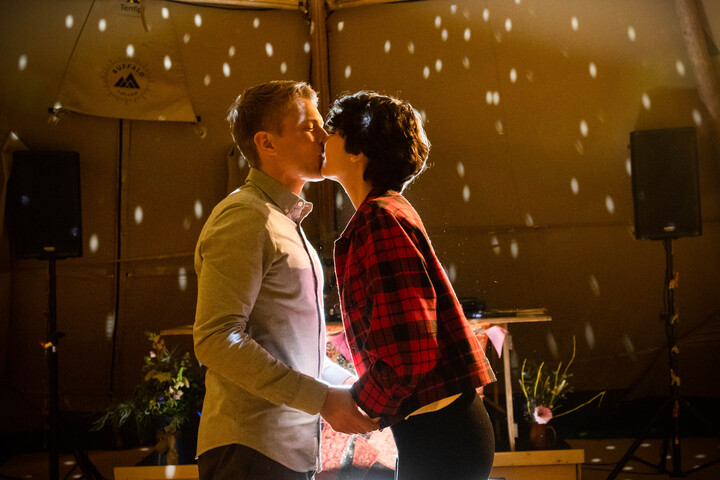 Casualty’s boss Loretta Preece has promised a huge surprise in store in a nailbiting double episode finale of the medical soap – will the chance of a happy ending for Ethan Hardy (George Rainsford) and his bride Fenisha Khatri (Olivia D’Lima) slip away?

It’s no unusual thing for a Casualty finale to pack a punch and this one seems to be no different. With so much at play for the big day, will love find a way or is heartbreak afoot?

Teasing what’s ahead, producer Loretta told Metro.co.uk exclusively: ‘It’s Ethan and Fenisha’s wedding day and at long last Ethan sees the promise of happiness but can it really be so?

‘Fenisha has a history of bolting at the altar, her ex-fiance is primed to declare his love for her and Ethan’s Huntington’s symptoms seem to be escalating. Will it really be happy ever after?

‘Viewers can expect something truly surprising, explosive and unprecedented for our season finale two-parter.’

While Metro.co.uk are sworn to secrecy over what plays out, we can promise you that it is unmissable.

Coming up on #Casualty…

This Saturday and next Saturday at 9:30pm on BBC One. pic.twitter.com/ZUl3MgJcr0

The bride and groom have to practise their first dance together, Fenisha has the wedding favours to finish and Rash (Neet Mohan) is struggling to write his best man speech.

Should he mention the bit about Fenisha previously being a runaway bride, or not?

Of course the happy couple have more serious concerns as well. Ethan knows that his consultant has news about the progression of his Huntington’s and he wants to find out what the situation is as soon as possible, while Fenisha wants him to wait until after they’re married so they can face whatever’s going to happen together as a couple.

We imagine that it will not be a drama free day…

The first episode of the double special airs on Saturday July 31 at 9:30pm on BBC One