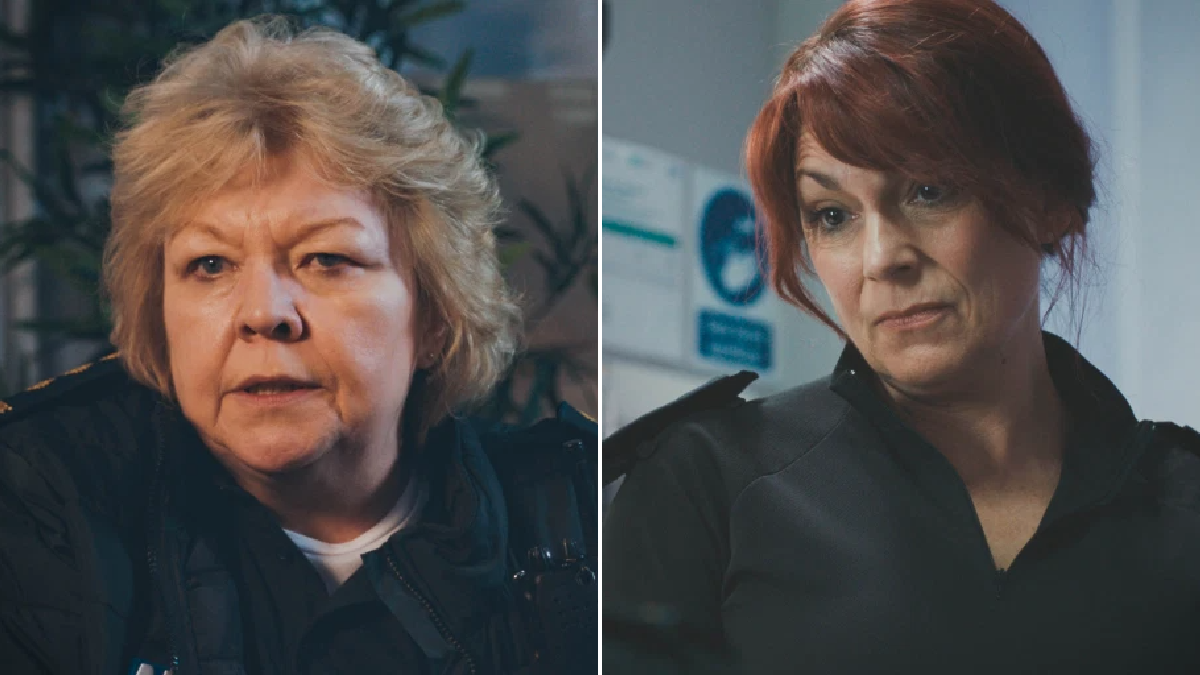 Last week on Casualty we learned that Jan (Di Botcher) was homeless after splitting up with her police officer wife Ffion (Stirling Gallacher). Ffion hasn’t forgiven her for lying to her when Jan was taking drugs into the prison for her son Ross, and their relationship has still not recovered.

It seems that things are looking up for Jan this week, though. She’s staying with Iain (Michael Stevenson) and they’re getting on fairly well, and then a bunch of flowers arrive for her from Ffion. Could she be ready to make up?

Jan’s shortly to find out, as Ffion is admitted to the ED after she has an accident while chasing some young suspects. But what seems to be a minor injury could prove to be something more serious – and Ffion and Jan have to make some big decisions about the future.

Ethan (George Rainsford) is trying to carry on at work and put the pain of losing both Fenisha and Bodhi to one side as he focuses on being a doctor. Ethan’s friends in the ED try to help him, offering sympathy and advice, but he’s determined to push everyone away.

His grief isn’t helped by the presence of Matthew (Osi Okerafor) – the man Ethan spent so much time pushing Fenisha towards. He can’t help wondering what Fenisha’s true feelings were towards Matthew – and why was she with him when she died?

Elsewhere, as his colleagues congratulate Jacob (Charles Venn) on his recent engagement to Tina, the man himself doesn’t seem all that happy. Could he be regretting his proposal?

The new series begins Saturday 8.45pm on BBC One. pic.twitter.com/ssSalGwZkI

And when an anxious father-to-be decides it’s time to make a big gesture to let his partner know that he’s excited about the baby, he does a little bit of DIY in his shed. When his big gesture literally backfires, it’s the ED staff who are left to pick up the pieces.

Sue Haasler is the author of five novels and the official BBC Holby City book, which you can read about here.