The devastating news that Black Panther star Chadwick Boseman passed away from colon cancer has shaken the Marvel Cinematic Universe. Boseman received his diagnosis in 2016, but he continued to work while keeping his battle private. 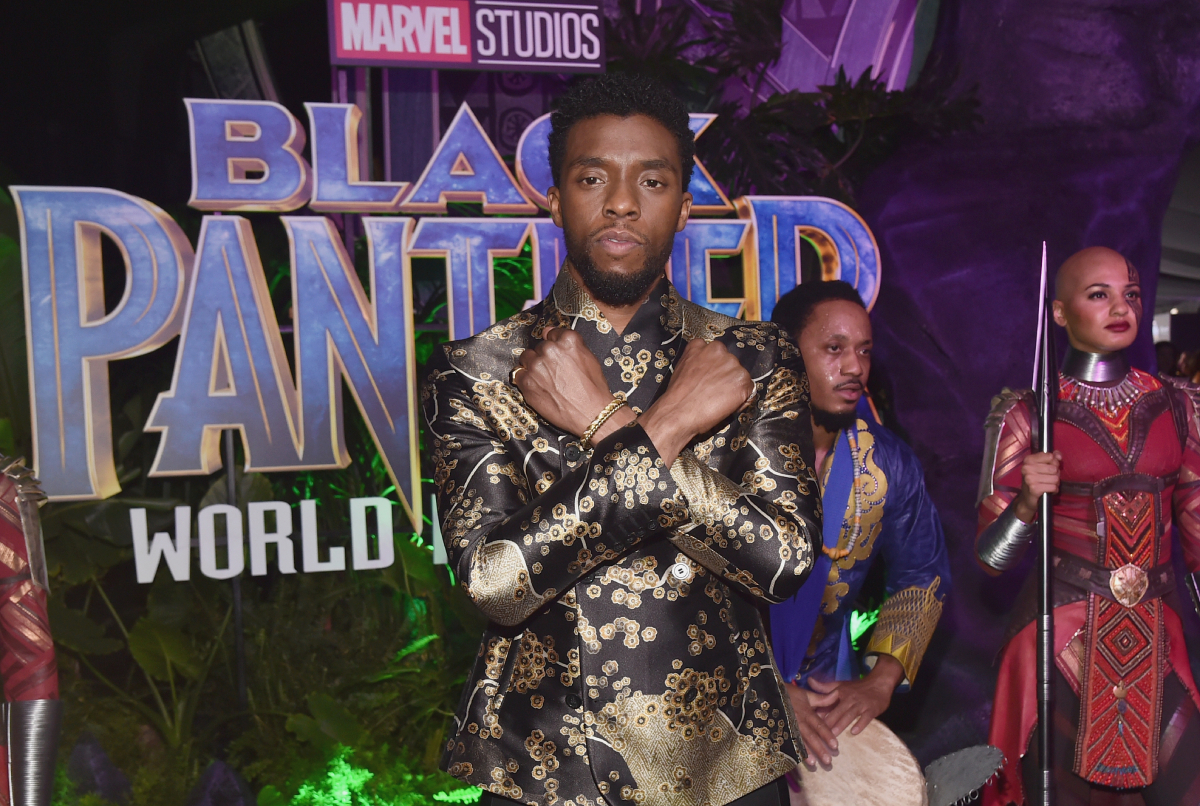 Chadwick Boseman died with his family by his side

According to the New York Times, Boseman died at his home in Los Angeles on Friday, August 28 at the age of 43. His publicist confirmed the death and shared that Boseman’s wife, Taylor Simone Ledward, and family were by his side when he passed.

A statement posted on Boseman’s Instagram account revealed that Boseman received his Stage 3 colon cancer diagnosis in 2016. It eventually progressed to Stage 4.

It is with immeasurable grief that we confirm the passing of Chadwick Boseman.⁣ ⁣ Chadwick was diagnosed with stage III colon cancer in 2016, and battled with it these last 4 years as it progressed to stage IV. ⁣ ⁣ A true fighter, Chadwick persevered through it all, and brought you many of the films you have come to love so much. From Marshall to Da 5 Bloods, August Wilson’s Ma Rainey’s Black Bottom and several more, all were filmed during and between countless surgeries and chemotherapy. ⁣ ⁣ It was the honor of his career to bring King T’Challa to life in Black Panther. ⁣ ⁣ He died in his home, with his wife and family by his side. ⁣ ⁣ The family thanks you for your love and prayers, and asks that you continue to respect their privacy during this difficult time. ⁣ ⁣ Photo Credit: @samjonespictures

“A true fighter, Chadwick persevered through it all, and brought you many of the films you have come to love so much,” the statement said. “From ‘Marshall’ to ‘Da 5 Bloods,’ August Wilson’s ‘Ma Rainey’s Black Bottom’ and several more, all were filmed during and between countless surgeries and chemotherapy.”

Boseman didn’t find fame in Hollywood until the age of 35 when he starred as Jackie Robinson in the biopic 42. He proceeded to star in a string of hits, including his turn as James Brown in Get On Up and as Thurgood Marshall in Marshall.

Of course, he achieved global fame for his portrayal of T’Challa in Marvel’s Black Panther.

As one of the biggest stars in the MCU, Boseman was in the prime of his career when he died. Those who worked with the actor have shared their grief on social media, including those from the Marvel community.

The official Marvel Studios Twitter account wrote that their hearts were broken, and their thoughts were with Boseman’s family. Studio president Kevin Feige issued a statement saying that Boseman’s passing was “devastating.”

I’m absolutely devastated. This is beyond heartbreaking. Chadwick was special. A true original. He was a deeply committed and constantly curious artist. Few performers have such power and versatility. He had so much amazing work still left to create. I’m endlessly grateful for our friendship. My thoughts and prayers are with his family. Rest in power, King. 💙

He was our T’Challa, our Black Panther, and our dear friend,” read the statement, according to IGN. “…He was as smart and kind and powerful and strong as any person he portrayed. Now he takes his place alongside them as an icon for the ages. The Marvel Studios family deeply mourns his loss, and we are grieving tonight with his family.”

According to Page Six, Boseman once got emotional when he talked about his friendship with two young cancer patients. It happened during an interview on SiriusXM with Sway Calloway. Fans now know that Boseman was secretly fighting his own cancer battle at the time, making the clip even more heartbreaking.

In the clip, Boseman attempts to fight back tears while talking about two young boys named Ian and Taylor who were dying from cancer. He said that the boys were so excited to see Black Panther. They were fighting to live long enough so they could see the film.

While talking about Ian and Taylor, Boseman struggled to keep his composure. It appears that he is trying to say the boys didn’t make it.

“When I found out that they –” said the actor as his eyes filled with tears before a long pause. “So yeah, it means a lot.”

Boseman said that it was a “humbling experience” to know that kids were fighting to survive because they desperately wanted to see Black Panther. He couldn’t believe it meant so much to them, but then realized they anticipated “something great.”

To be young, gifted, and Black

When Black Panther won Outstanding Performance by a Cast in a Motion Picture at the 2019 Screen Actors Guild Awards, it was Boseman who gave the memorable acceptance speech. In the speech, Boseman opened up about knowing they had something special with their turn in the MCU.

“We know what it’s like to be a tail and not the head. We know what it’s like to be beneath and not above. And that is what we went to work with every day because we knew, not that we would be around during awards season and that it would make a billion dollars, but we knew that we had something special that we wanted to give the world. That we could be full human beings in the roles that we were playing. That we could create a world that exemplified a world that we wanted to see.”