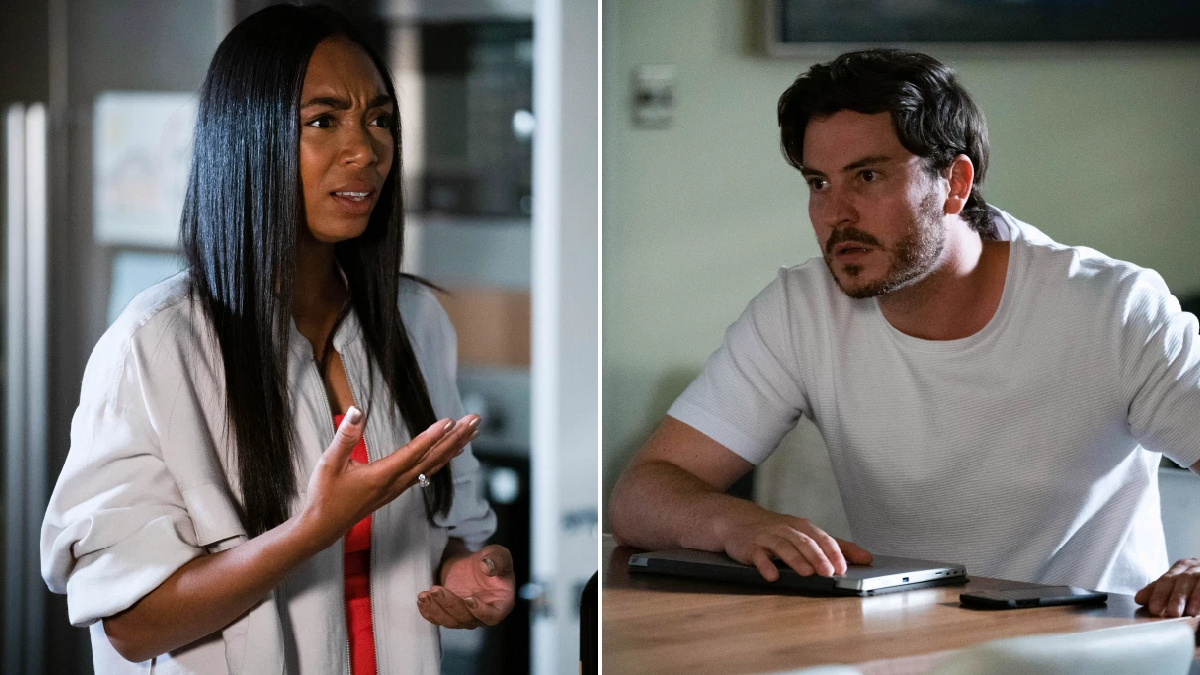 Chelsea Fox (Zaraah Abrahams) certainly likes to play with fire, and that’s exactly what she does in upcoming EastEnders scenes, as she flirts with another man right under Gray Atkins’ (Toby-Alexander Smith) nose!

Viewers will know that Chelsea has been in something of a relationship with Gray, ever since the two crossed paths back in June.

Next week, the lovers are at the Prince Albert for a drink, when Chelsea clocks James, the fella she hooked up with!

In a bizarre twist of fate, Gray knows this James, and asks him if he wants to get a drink.

Not one to miss out on a challenge, Chelsea decides that she’s going to take a risk, as she lines up a date with James, while Gray is at the bar!

Will she get what she wants?

And what’s more, will Gray find out?

That remains to be seen, but Gray does unleash his wrath during the week in question, when after a trip to a pawn shop, Chelsea returns wearing Chantelle’s (Jessica Plummer) ring.

The solicitor is livid, and lashes out, ordering her to remove the item of jewellery at once.

Chelsea, evidently shaken, relays what happened to Kim and Jack. Jack, however, doesn’t think anything of Gray’s behaviour.

In fact, he berates Chelsea for her lack of empathy!

Jack later confronts Gray over the ring, but the evil killer brushes him off, desperate to make things right with Chelsea. But will he succeed?