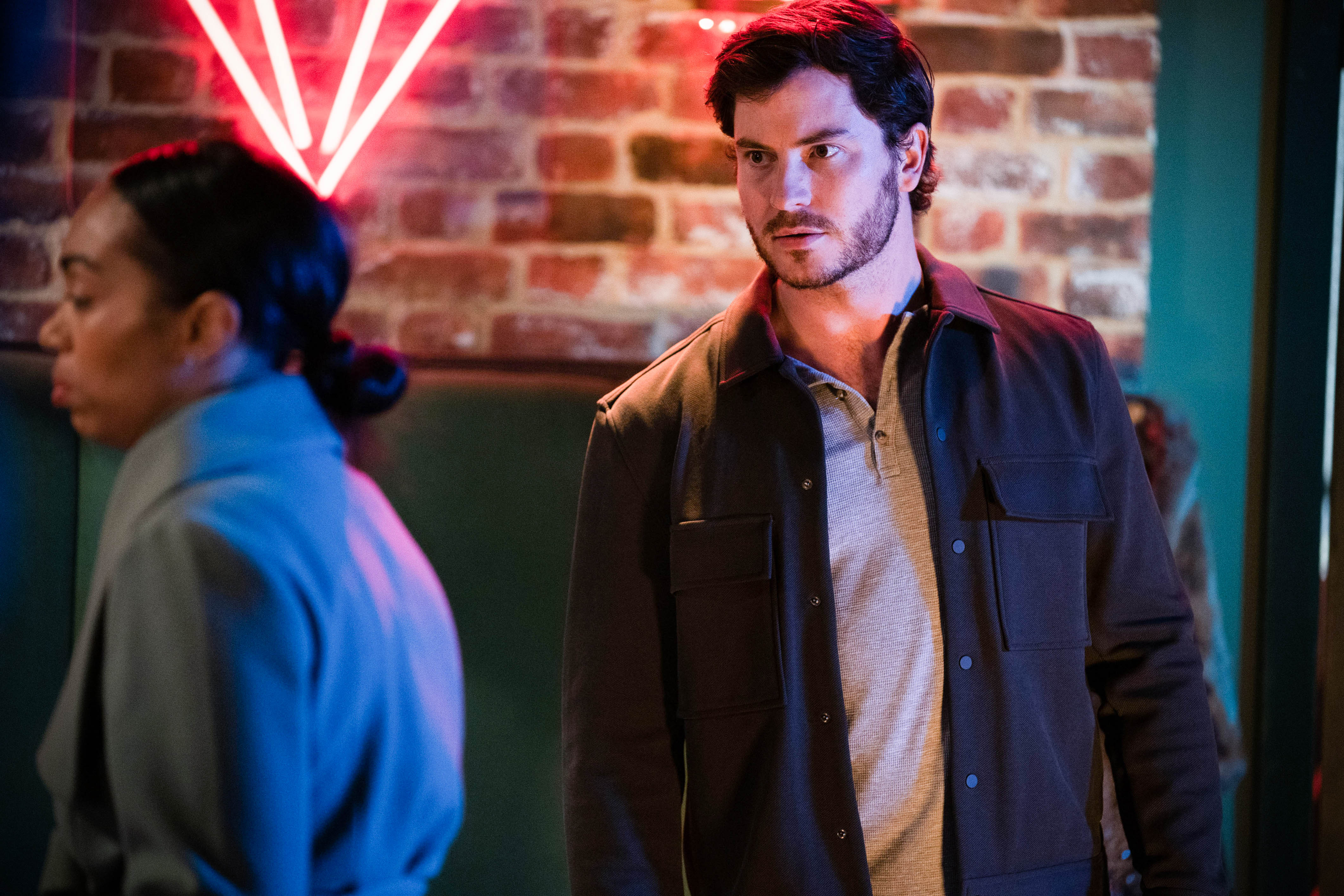 Whitney, as viewers know, found out about Gray’s role in Chantelle’s (Jessica Plummer) demise during the festive season, and desperate to stop Chelsea from marrying the killer, she divulged the disturbing discovery.

Chelsea, however, refused to believe that her fiancé was a murderer, and thus she wed Gray, but a text message from Whitney later confirmed her worst fears, as she realised that she had, in fact, married a cold-blooded killer.

With some assistance from Whitney, she devised a plan to get away from Walford on Boxing Day, but vile Gray worked out what she was up to and thus swooped into action, foiling her plan.

Subsequent scenes saw Chelsea go into labour, and before long, she gave birth to her and Gray’s baby boy, Jordan.

Whitney, meanwhile, was horrified to find out that Chelsea had yet to leave Gray, and thus wasted little time in confronting her on the matter.

Chelsea, however, reiterated that she knows full well what Gray is capable of, and therefore she’s going to bide her time while Jordan is in the hospital, before ultimately fleeing with her baby in tow.

Friday’s (January 7) offering of the BBC One soap sees Chelsea, desperate to get away from her killer husband, secretly meet with Whitney.

But in shocking scenes, Gray turns up unexpectedly, startling the pair of them.

Determined to throw him off the scent, Chelsea grabs a drink and throws it in Whitney’s face, hoping that Gray will believe that she isn’t buying into Whitney’s ‘poison’.

The question is: will Gray be fooled by their plan? Or will the serial killer work out what Chelsea is up to?

You’ll just have to tune in and find out.

EastEnders airs these scenes on Friday January 7 at 8pm on BBC One.