CHLOE Ferry today broke down in tears and told her fans that "life isn't always as perfect as it seems".

The reality star, 25, took to her Instagram stories to share her anguish that she was having a bad day. 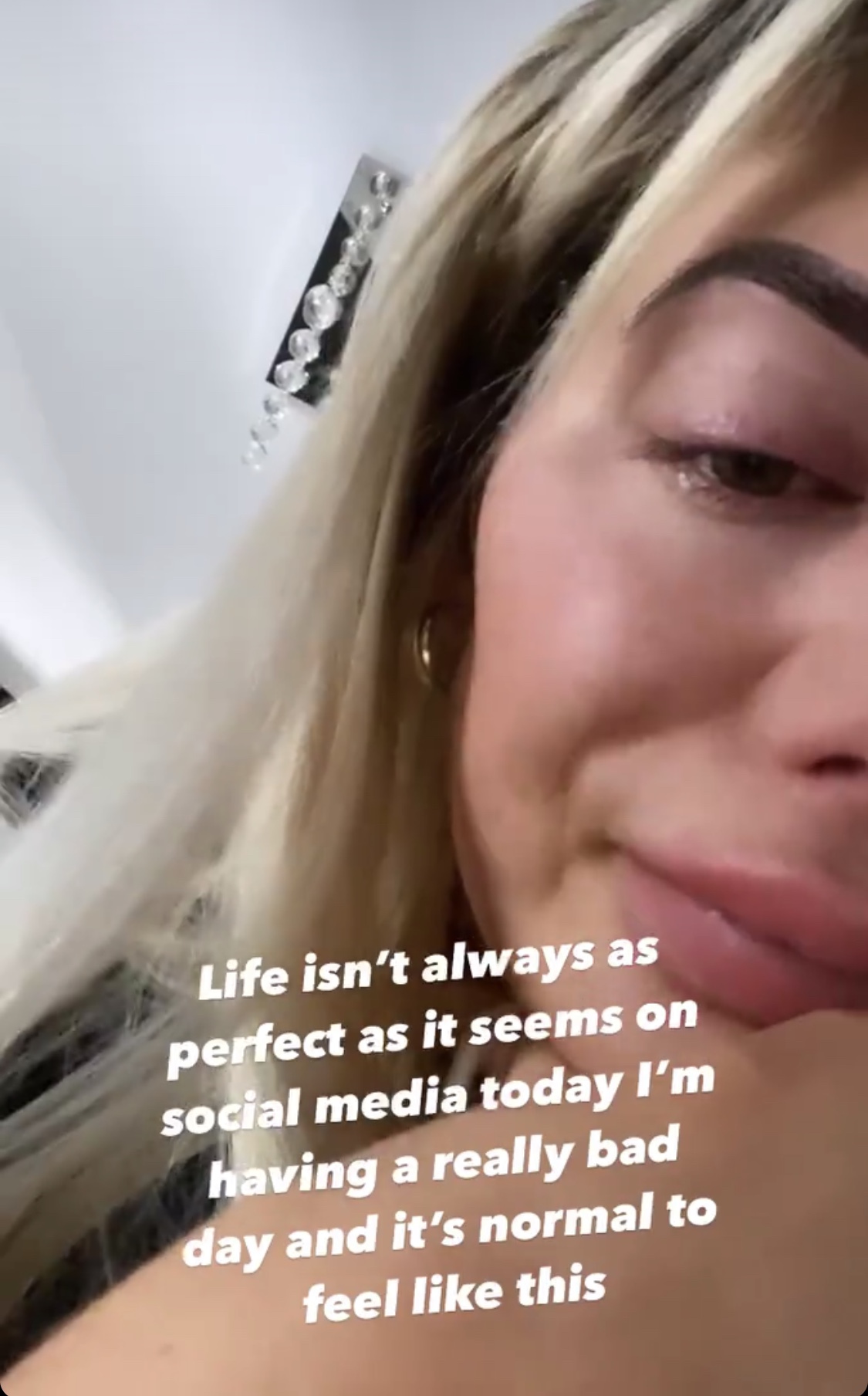 Sharing a clip of herself with tears in her eyes, she wrote: "Life isn't always as perfect as it seems on social media.

"Today I'm having a really bad day and it's normal to feel like this."

Next was a snap of herself with her face hidden from the camera and captioned with: "Can't wait for this day to be over."

Later she shared a video of herself out for a country walk to clear her head. 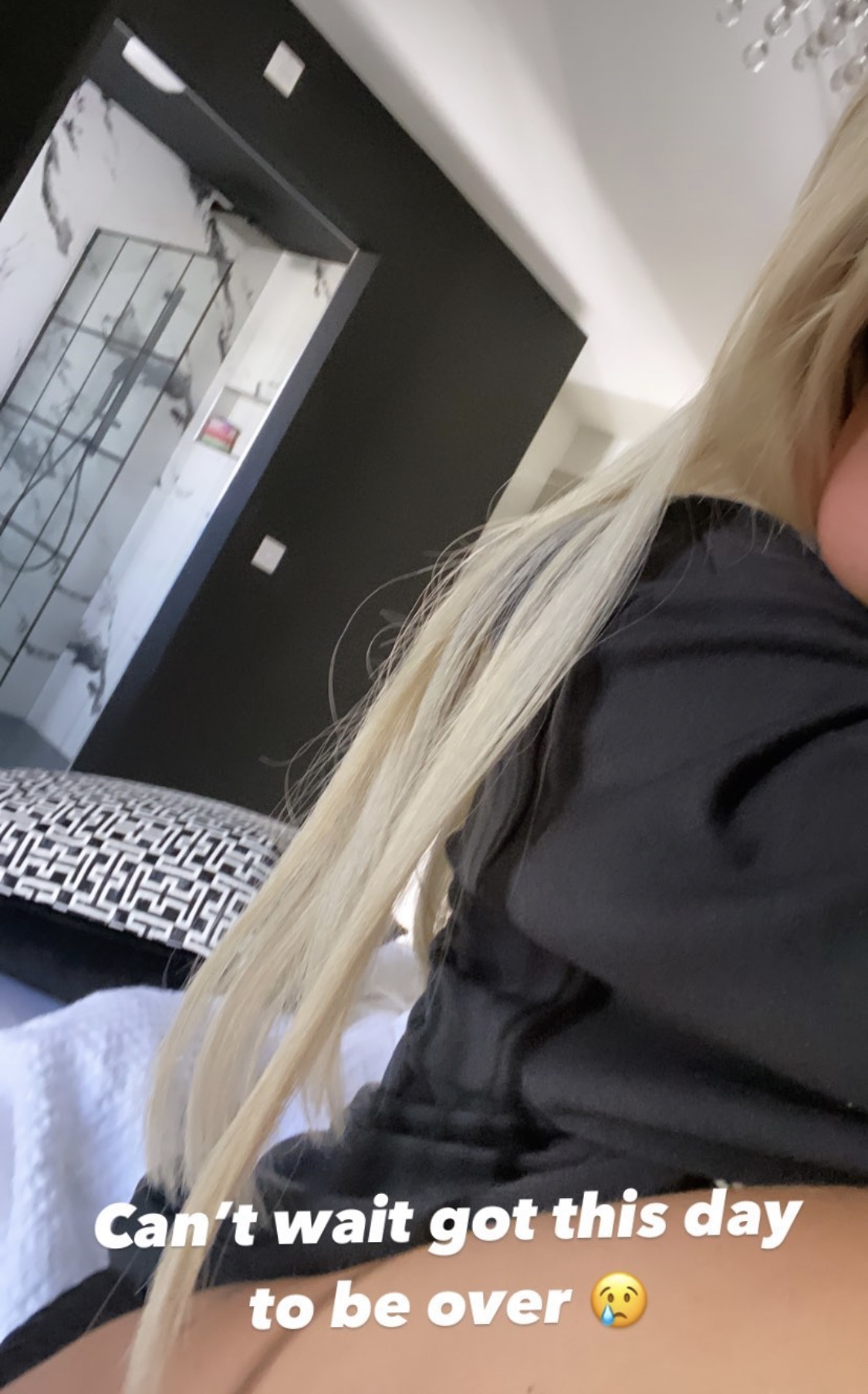 Talking to the camera, and pointing to her face to indicate she had been crying, she said: "Look at my eyes, I'm absolutely drained."

Last week she admitted that she still "puts herself down" despite shedding the pounds.

Chloe has been keeping her fans up-to-date with her weight loss journey over the past few months.

"I've just been scrolling and I've just found some videos and I can't believe the difference of how much weight I've lost," she told her fans on her Instagram Story. 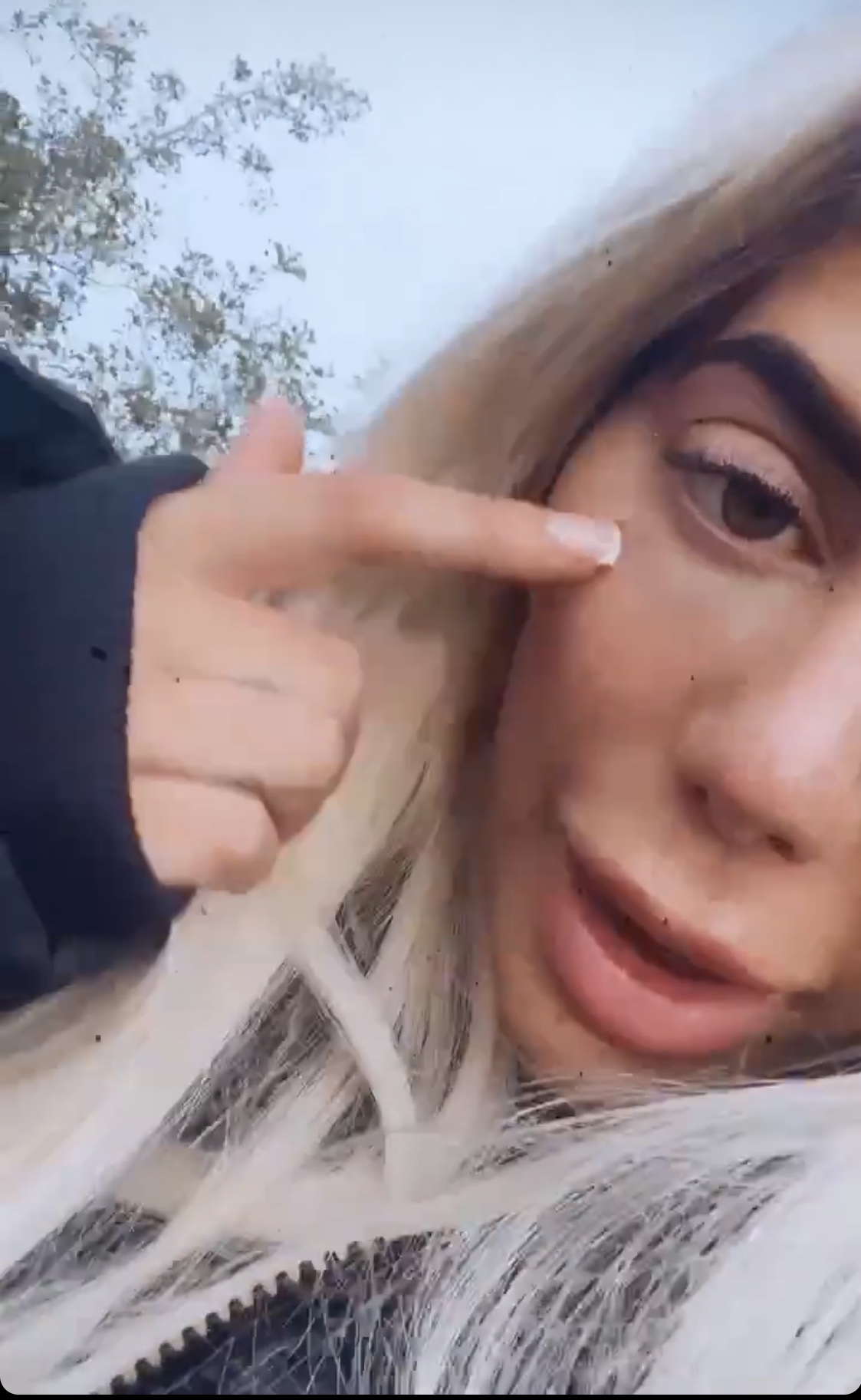 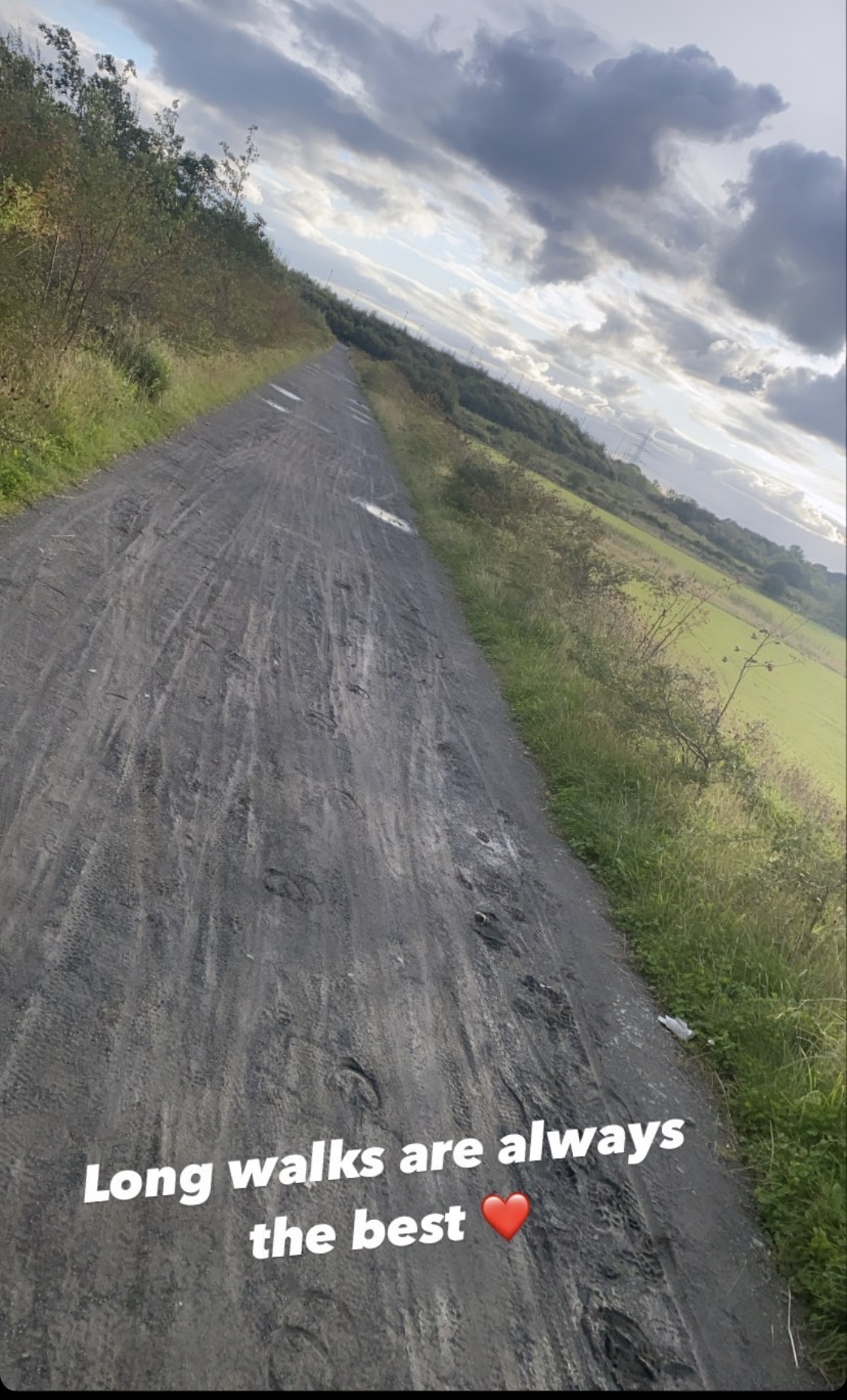 "I was meant to see that today because I still put myself down about my weight, I'm up and down like one minute I feel I look good and the next I don’t.

Meanwhile, earlier this week Chloe left her followers feeling concerned after posting a picture of her bare stomach on Instagram.

She took to her profile on Tuesday to share a snap of herself sat on the edge of bed as she held up her red T-shirt. 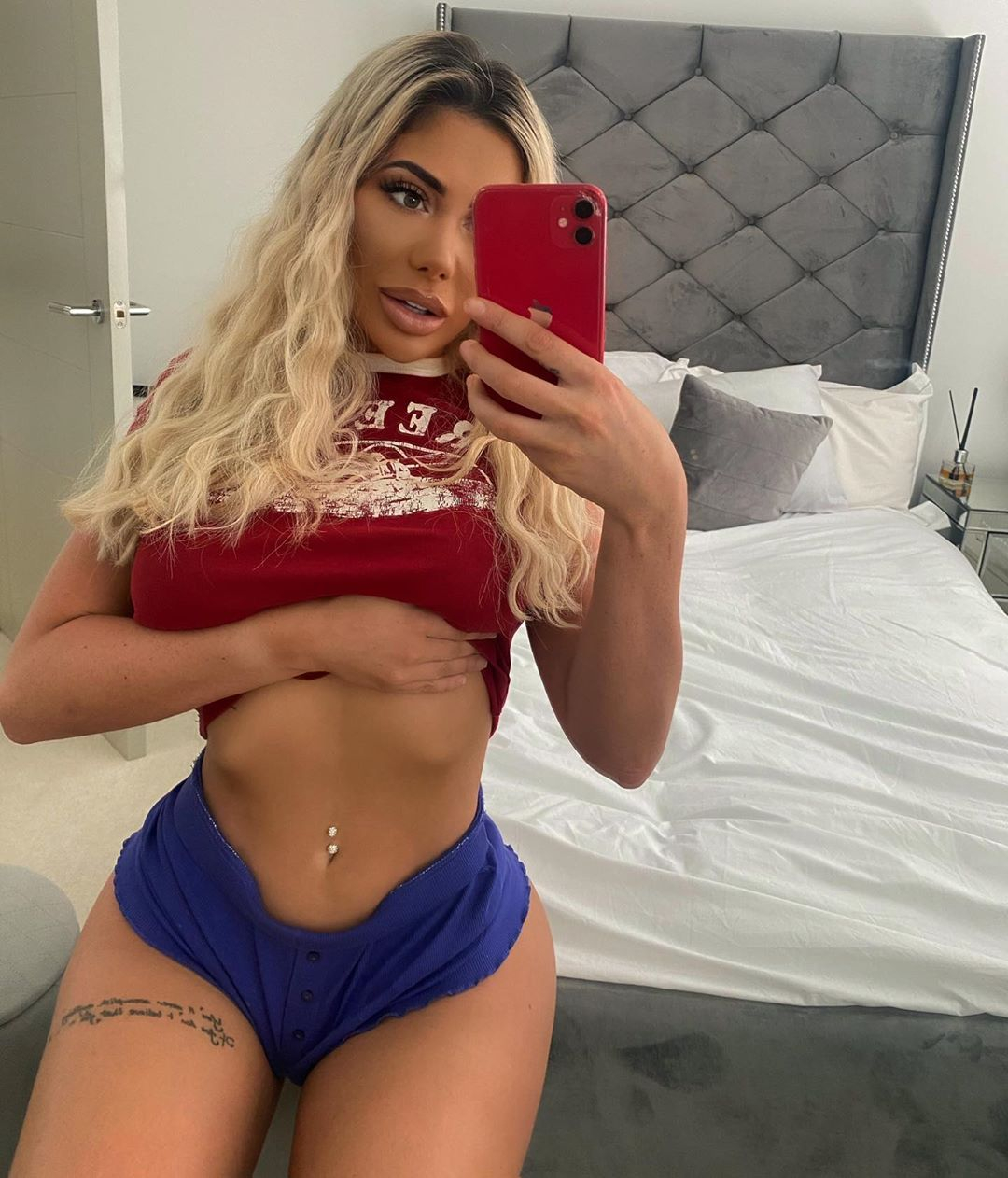 Wearing blue boxer shorts, the reality TV star's flat stomach was on full show along with an outline of her ribs.

Chloe captioned the photo: "Barbie tingz 👩🏼," no doubt referring to the slim figure of a Barbie doll.

While many of her fans complimented her and left heart eye emojis on the post, others were not so impressed.

"Such a shame that so many girls look at unrealistic photos like this and wish they were her or like her, it's so sad!" one person commented.

"Hope you would think about what you posting and the message your giving out, with your ribs on show (sic)."

A second person added: "Chloe this picture is a real shame. I think you have forgotten the person you use to be.

"Think of all the young girls that are following you!!"