CHLOE Ferry fans have accused her of the "worst photoshop fail ever" as she celebrated England's place in the Euro 2020 final.

The Geordie Shore star, 25, took to Instagram to show her support as they go head to head against Italy this Sunday. 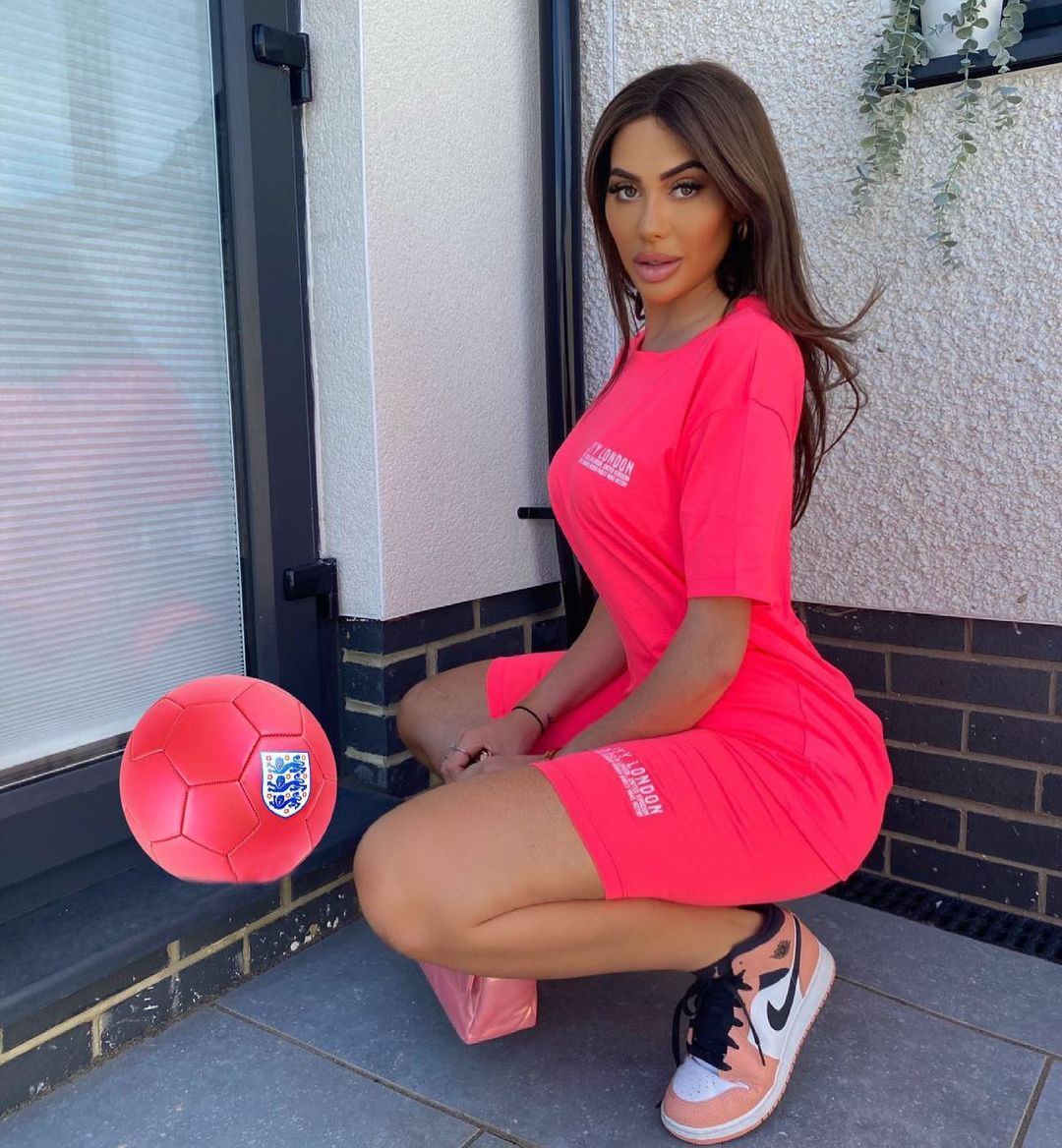 Footie fans are desperate for the game to air as it could see England become Euro champions for the FIRST time in history.

So Chloe marked the special occasion with a sexy selfie in a bright pink co-ord, which also features a floating football beside her with the bottom cut off. 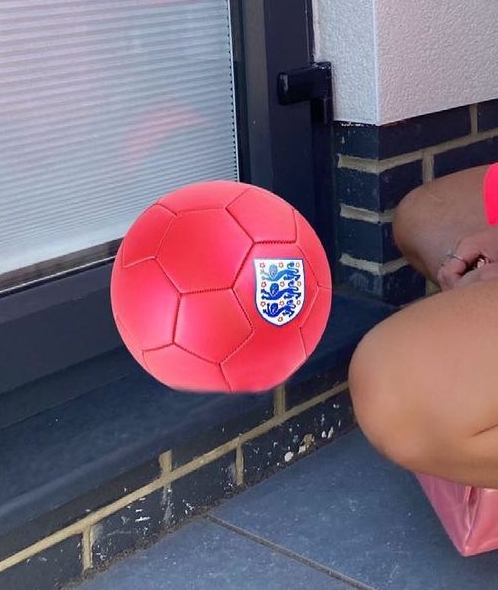 Many fans were left "howling" at the placement of the football.

A third chimed in: "The football 🤣🤣🤣 someone done her bad with this edit 😂." 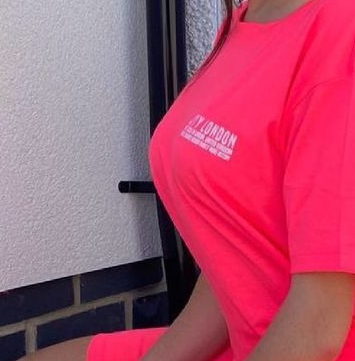 "Sick editing on that football 🤣🤣," another added.

Meanwhile others were quick to point out the other bits of editing in the photo.

"BRO STOP PHOTOSHOPPING YOUR PHOTOS! THE LINES ARE LITERALLY BEND NEAR YOUR WAIST AND ARMS. the walls are actually uneven and don't match up ughhh," one person wrote.

Another commented: "Photoshopped. Look at her arm and back." 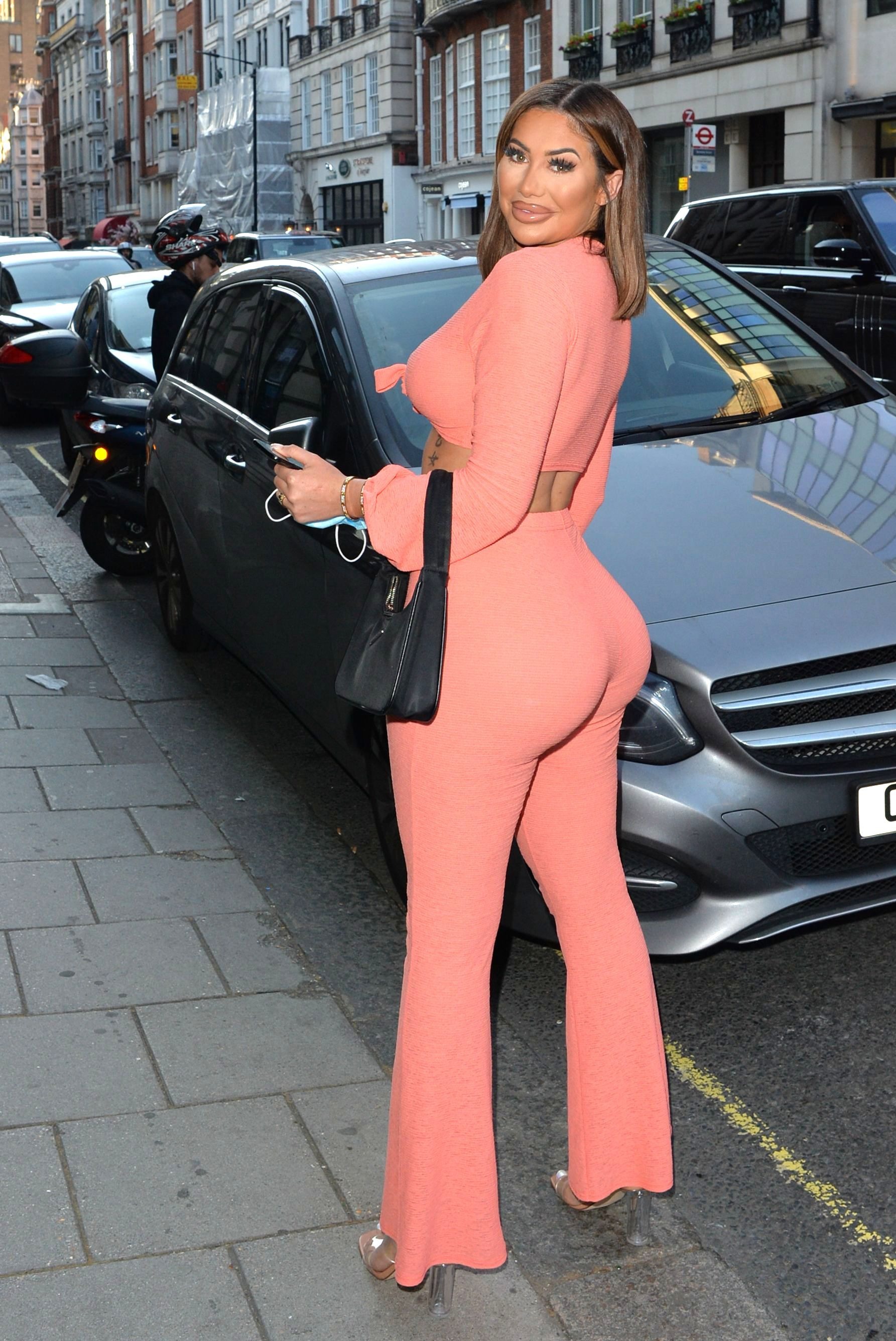 A third sarcastically chimed in: "That gutter pipe looks straight"

And a sixth labelled her "the queen of photoshop".

Chloe is no stranger to editing her photos. 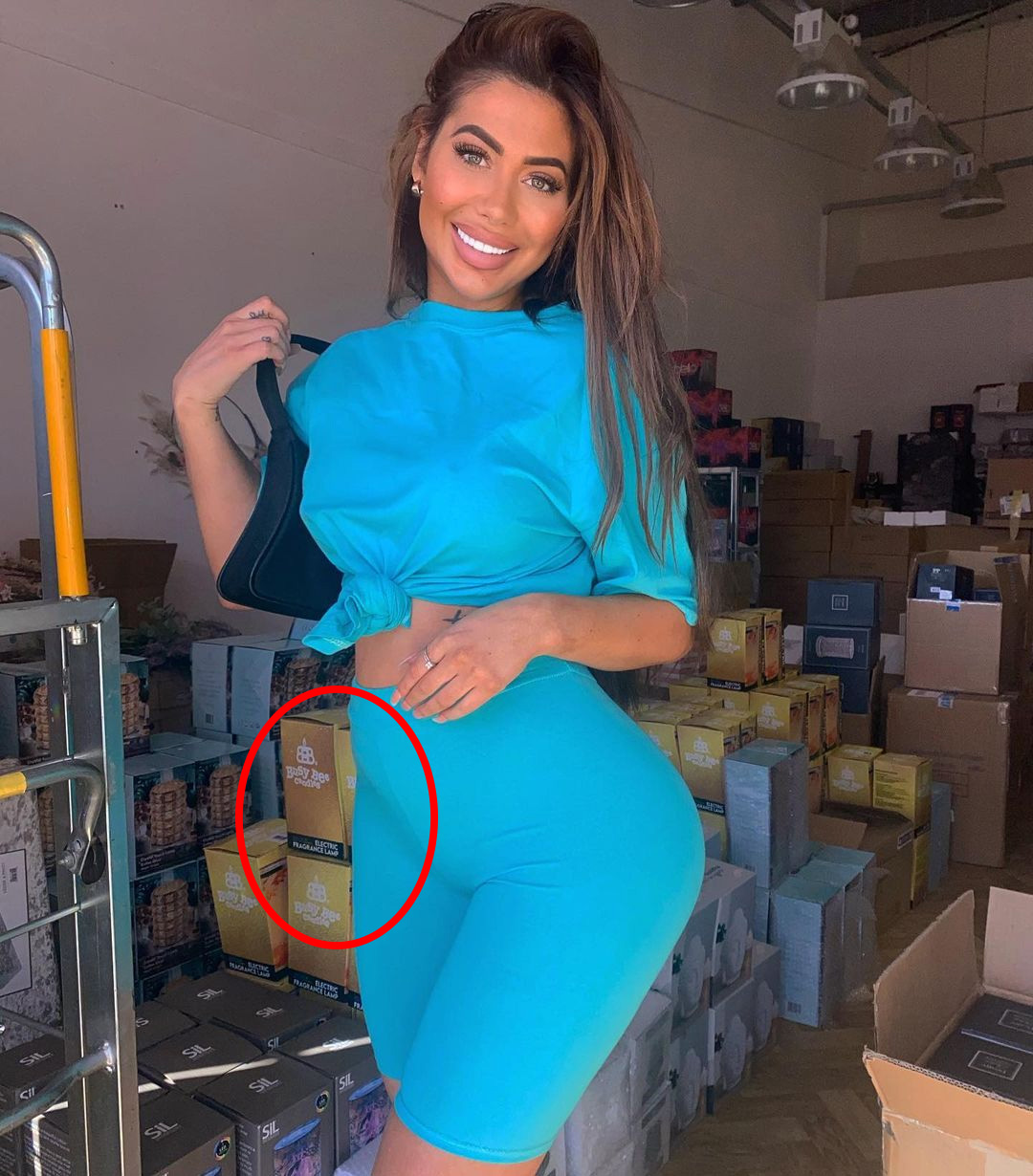 Back in April fans spotted "wonky boxes" behind her bum in a pic she uploaded to Instagram.

The reality star looked radiant as she posed inside a storage unit in a sky blue cropped T-shirt and matching bike shorts.

Some pointed out that the boxes by her right waist also looked a bit off and were quick to accuse her of photoshopping the snap to look slimmer.

One said: "Am I the only one that’s realised the Photoshop?" 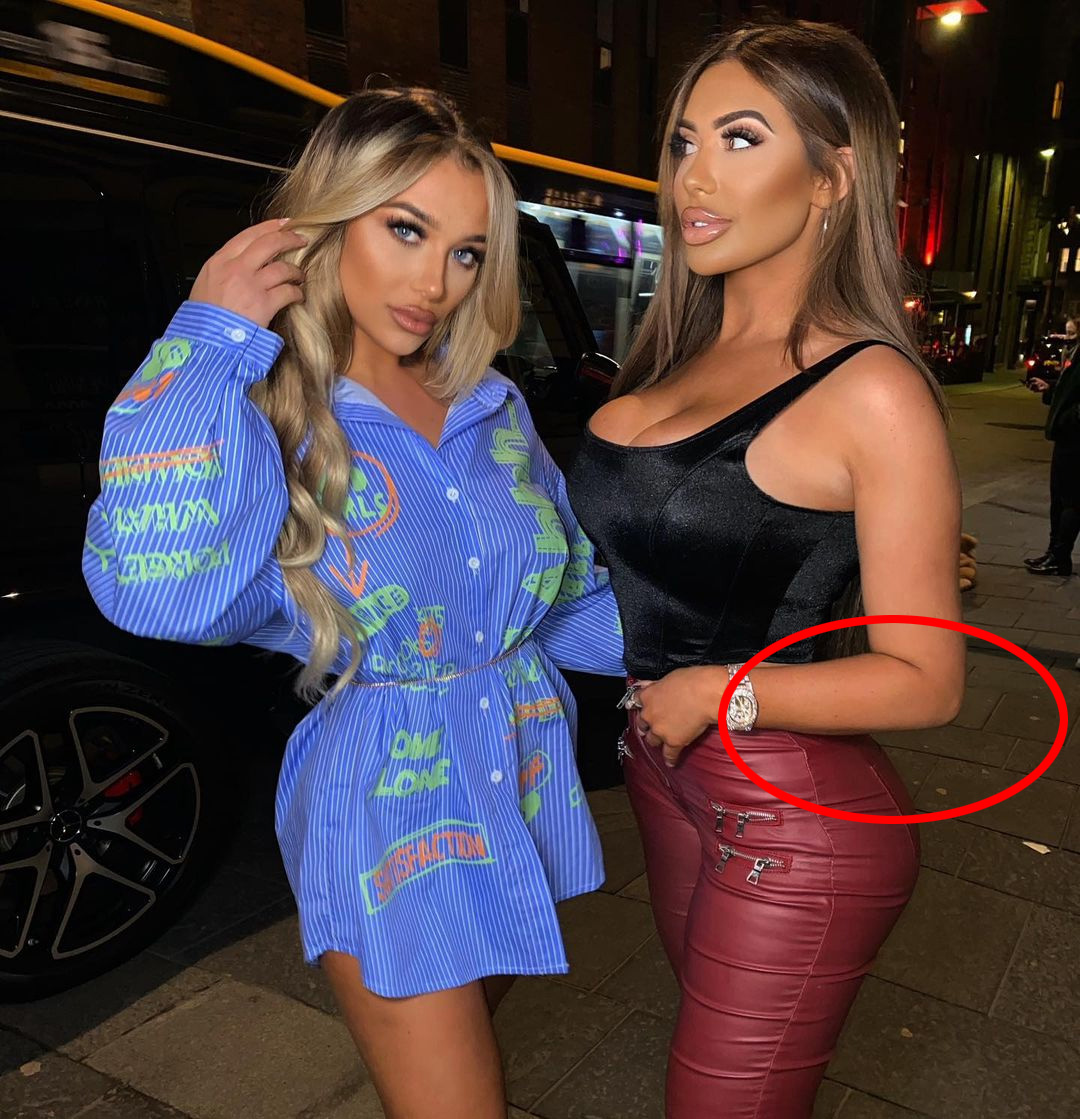 Days before fans spotted a "wonky pavement" as she poses in latex trousers.

"Imagine posting pictures on Instagram and editing and photoshopping them," one user wrote in the comments.

"Look at the pavement," another added. 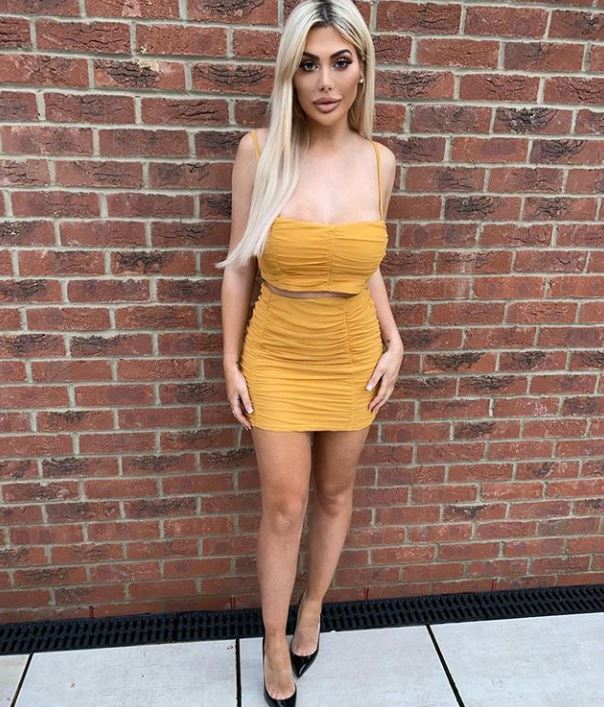 Chloe's new £1m mansion is the perfect backdrop to take all her sexy selfies.

The Geordie Shore star – who rose to fame o the MTV show in 2015 – recently bought herself a new pad.

She found her £1.1million dream home back in March and celebrated with a glass of white wine earlier this month after her mortgage application was accepted.

Chloe made sure to pack the essentials and got her pal to pack up a box full of sexy toys for her to help the move.