Strictly Come Dancing might be five months away from exploding onto television screens but that doesn’t stop the rumours from circulating about who will be taking part. Christine McGuinness is one name who has been tipping to put on her dancing shoes this autumn and the mother-of-three joined Steph McGovern on her weekday show, Steph Packed Lunch earlier today to discuss whether or not she had signed up to the 2021 show.

“What’s all these rumours about Strictly?” Steph asked. “Can you say anything?”

Christine replied: “I can’t say nothing about nothing. I don’t know what you’re on about…”

And show regular Anton Du Beke added: “I’m pretty convinced she won’t be dancing with me… I think you’ll probably get one of the young, firm ones if I’m honest with you.

“If I had any say at all, I think we’d make a perfect couple and we’d do very well.” 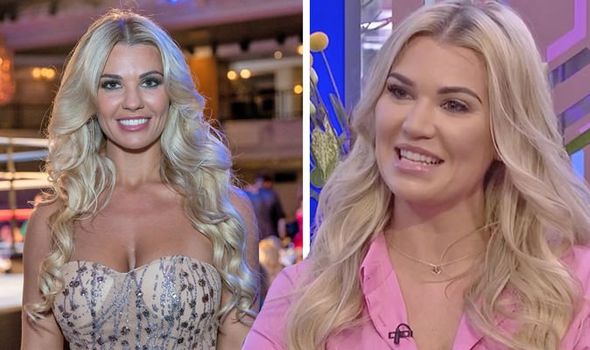 It comes after Christine spoke about her increased work commitments this year, teasing fans and suggesting they’ll be “seeing a lot more of” her.

When asked if she was hoping to take part in anymore TV shows – she is a regular guest on The Real Housewives of Cheshire – Christine replied: “Absolutely. Absolutely.

“There’s quite a lot in the pipeline. I think you will be seeing a lot more of me.

“It’s exciting times. It’s really good and I feel like it’s the right time. You know, like I said, getting the balance right. 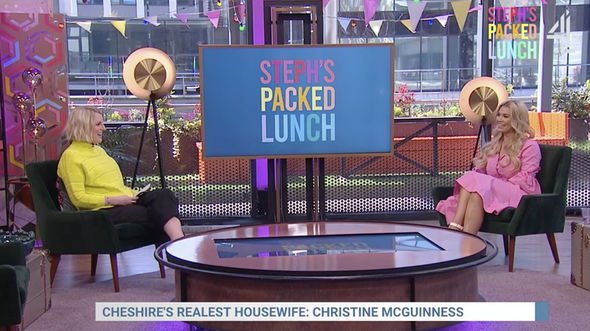 “My children are still young, so I need to be at home quite a lot, but then it is very, very important to have some adult time as well and for me to get out of the house.

“Something that TV work gives you is a little bit of glamour that actually isn’t in your mum everyday life.

“It’s nice, it is. It’s lovely. There’s lots to look forward to. I’m excited for this year,” she told FUBAR Radio.

Christine went onto say she and her husband, Paddy Mcguinness “try and keep some kind of balance” with their separate work commitments. 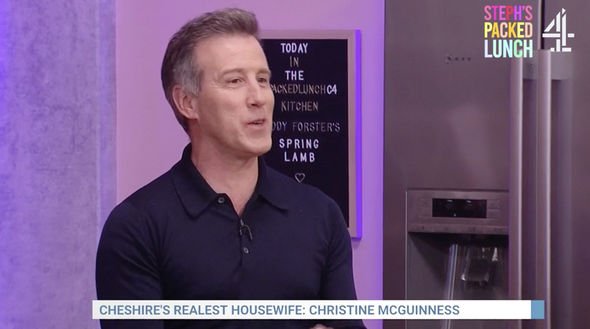 “Obviously, he does have to go back to work, he has gone back to work and I will do. I’ll do bits as the children settle back into school.

“But we’re just trying to get the balance right and trying to, you know it’s difficult.

“It must be hard, you know, whatever way you do it, whether you’re a stay-at-home mum or you’re a full-time working mum, it’s difficult,” she added.

Will Christine be able to fit the gruelling training schedule that comes with Strictly into her life?

While on Steph’s Packed Lunch, she also discussed her marriage to Paddy.

“I was 19 when I met him so it’s 14 years ago and this year will be our tenth wedding anniversary. He won’t know that unless he’s watching,” she laughed.

“We’ve never had an anniversary together until last year when we were forced to… We’ve got no romantic plans, I don’t know what we’ll be doing.

“We tend not to do a lot together, because of our situation at home with the children we don’t have help or babysitters… It will probably be a takeaway at home.

“We’re together and everything’s going well. It’s been 10 long years of marriage!”