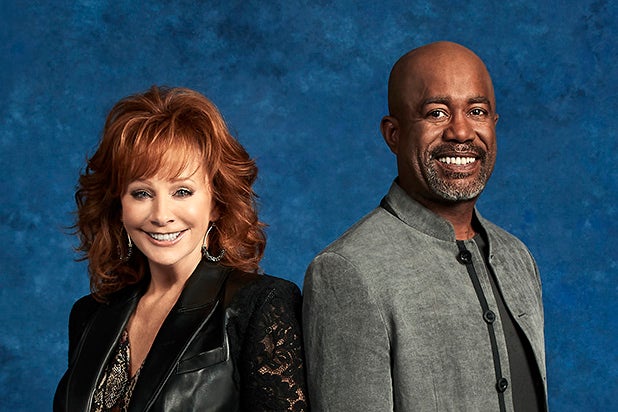 Despite a shuffling performer line-up thanks to multiple positive tests for COVID-19, the Country Music Association Awards were held on Wednesday at an in-person ceremony at Nashville’s Music City Center.

In the days leading up to the ceremony, four acts — Rascal Flatts, the recently renamed Lady A, Florida Georgia Line and “I Hope You’re Happy Now” singer Lee Brice — were forced to pull out from the show after either being exposed to or testing positive for the coronavirus.

But as they say, the show must go on, and the Reba McEntire and Darius Rucker-hosted ceremony went ahead as planned, honoring some of the biggest names in country music.

Eric Church took home the night’s top prize for Entertainer of the Year, which came up for grabs this year after seven-time winner Garth Brooks took himself out of the running. “It’s time for somebody else to hold that award,” he said at the time, leaving the door open for eventual nominees Luke Combs, Miranda Lambert, Carrie Underwood, Keith Urban and Church.

Two other winners were announced earlier in the day on “Good Morning America.” Carly Pearce and Lee Brice were awarded the trophy for Musical Event of the Year for their duet “I Hope You’re Happy Now,” while Miranda Lambert was given Music Video of the Year for her single “Bluebird.”