“The Late Show” parodies the Zack Snyder movie’s meet up between Lex Luthor and Deadpool, uh, Deadshot, no wait, we meant Deathstroke 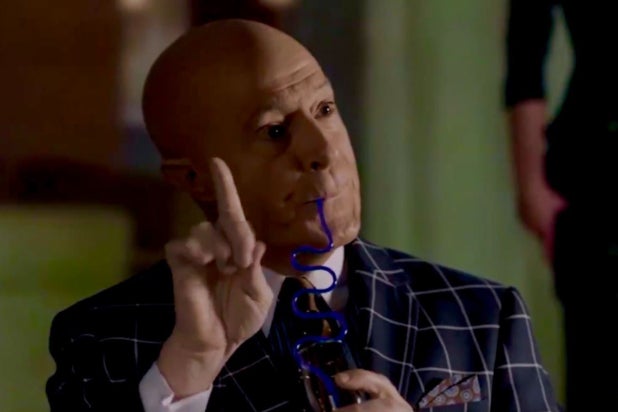 Like a lot of you, over the weekend Stephen Colbert watched “Zack Snyder’s Justice League,” the epic 4-hour-long re-edit colloquially referred to as “The Snyder Cut.” And in his “The Late Show” monologue Monday, Colbert said watching it inspired him to make his own version, calling it the “#ColbertCut” that largely served as an excuse to explain the complicated licensing rights to Marvel Comics properties — and also make fun of how similar certain comic characters are to each other.

Specifically, Colbert was inspired by the post credit scene on the original 2017 theatrical release of “Justice League,” in which we learn Lex Luthor (Jesse Eisenberg) has recently escaped from prison and is now living large on a giant yacht in the middle of nowhere. Lex it seems has invited the villain Deathstroke (Joe Manganiello) to meet up and discuss the possibility of joining forces as the Legion of Doom in a sequel, but that’s about it. Read more about that here.

An altered, slightly expanded version of the scene appears in the Snyder cut, but it happens as part of the main narrative, before the closing credits, and changes the entire reason for the meeting. And it also just didn’t work for Colbert. “I loved that post-credit scene,” Colbert said, but “I didn’t think the new Snyder Cut expanded on that moment in the way a four hour, two minute movie should have.”

So Colbert said that since Snyder’s cut was four hours and two minutes long, he made his own version of the film that was “four hour and three minutes” instead. Cue a brand new version of the scene, in which Colbert plays a boozy Lex Luthor who sips from a twisty straw. Of course, the conversation also goes a little bit differently, as Colbert’s Luthor keeps mocking Deathstroke — first for his name, outfit and weapons of choice being way too similar to Marvel’s Deadpool and DC Comics’ Deadshot.

Then Colbert’s Luthor mocked Deathstroke for “fighting teenagers” after learning that in the comics, Deathstroke is the arch enemy of the Teen Titans. But when Deathtroke points out that Deadpool is a Marvel character, it sparks a convoluted conversation about whether or not Deadpool is in the Marvel Cinematic Universe, with Colbert pulling out a Venn diagram to explain the history of Marvel, and which studios have the rights to which characters — and course who is, and isn’t owned by Disney.

Or as the gag concludes, “and that’s how Baby Yoda is technically an Avenge.”

Check out the full clip below.