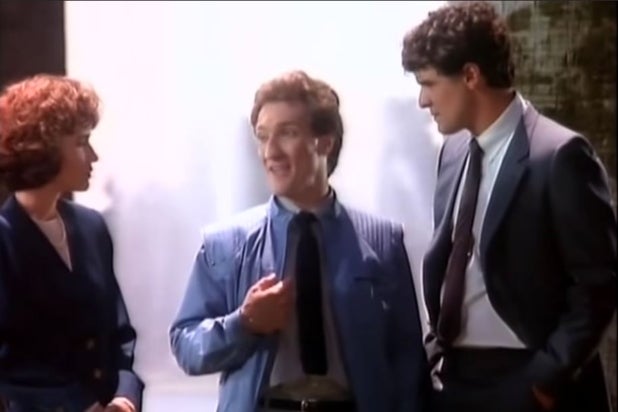 Who knew there were so many “Cop Rock” fans. After John Oliver lambasted that hilariously bad and short-lived dramatic musical cop series (yes, you read that right) on a recent episode of “Last Week Tonight,” DVD sales of the show went skyrocketing.

Demand for the 11-episode series from Steven Bochco, creator of such hits like “Hill Street Blues” and “L.A. Law” (though he’d probably wish we’d all just forget this one) has gotten so big that it caused a shortage of DVDs. There are no copies at all of “Cop Rock: The Complete Series” until May, according to an email from Shout! Factory, which produces the set (via Mediate).

“We’re writing to let you know that Cop Rock: The Complete Series is currently out of stock. There was a system-wide outage caused by a surge in orders due to the segment featured on ‘Last Week Tonight with John Oliver.’”

Oliver mocked “Cop Rock” during a segment about the overuse of police raids on the Feb. 28 episode. Here is how he described the ill-fated concpet:

“Think of it like if ‘Pitch Perfect’ crashed into ‘The Wire’ and there were absolutely no survivors. Now I’d say that it was the best worst thing I’ve ever seen on TV, but the thing is, I have seen more ‘Cop Rock.’ There’s a subplot about child selling and if you’re wondering ‘does the child seller sing?’ Yep!” (Don’t believe us? Here is the actual song about the “baby merchant”)

The series aired on ABC and combined a police procedural and black comedy with elements of musical theater. The series centered on the LAPD and featured a cast that included Anne Bobby, Barbara Bosson and Ronny Cox and was interspersed with musical numbers. Just, it’s just as weird as that sounds and was completely ravaged by critics.