Daisy (played by Charlotte Jordan) hasn’t had much luck in the love department since she arrived on Coronation Street late last year. The only chemistry she has had with anyone was with David Platt (Jack P Shepherd) just before Christmas but when he remarried his wife, Shona Ramsey (Julia Goulding), the Rovers Return barmaid was left out on the curb. However, although she has had a fair few tiffs with Carla (Alison King) since her first appearance on the ITV soap, the minx could discover she has feelings for the businesswoman and this could lead to a steamy affair.

The reason Daisy and Carla have never seen eye-to-eye is because the former has had a strong dislike for Johnny Connor (Richard Hawley).

With the troublemaker trying to drive a wedge between her stepmother Jenny Connor (Sally Ann Matthews) and the former jailbird, his daughter was not impressed.

Ever since the two women haven’t spoken much as Carla has been too focused on helping her husband Peter Barlow (Chris Gascoyne).

Recently, he underwent surgery for a liver transplant as a result of alcoholism and the businesswoman thought she was going to lose him.

However, as he begins his recovery and time ticks on, the cobbles vixen could start to get bored and might begin looking for someone else to show her some love. 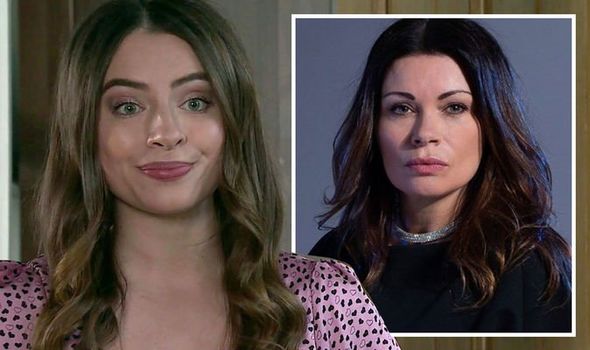 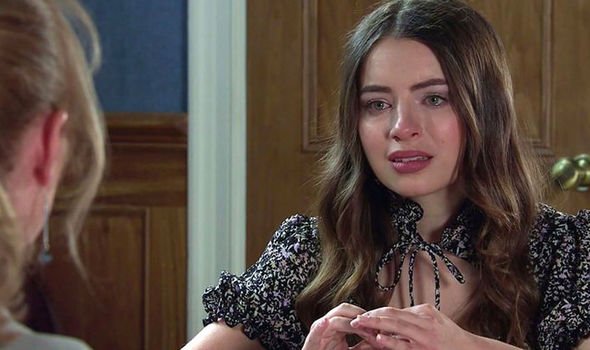 Carla is known for betraying her partners, having slept with Peter’s nephew Adam Barlow (Sam Robertson) just before Christmas.

As Daisy will no longer be in her father Johnny’s life following the end of his marriage to Jenny, Carla could see a new side to the troublemaker.

Bonding over how much they have in common, the two women could start to feel a spark between them, although neither might understand what it means.

It’s never been implied either one of them is interested in women so they could be scared of their feelings. 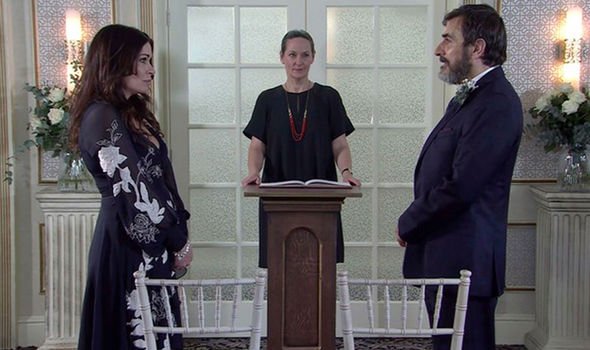 I enjoy working with Alison King

Though, as she continues to help Peter through his recovery, Carla could start to feel useless and look to Daisy for more support.

As one thing leads to another, the women could act on their feelings and start a secret affair behind the alcoholic’s back.

Not wanting him to relapse, the businesswoman would urge her lover to keep things on the down-low but could find this difficult if she falls in love with Carla.

Knowing she has never felt this way for anyone before, not even Peter, will the businesswoman decide to go public with her new romance.

Speaking to Express.co.uk and other press, the actress who plays Daisy, Charlotte, 26, wants her character to spend more time with Carla. 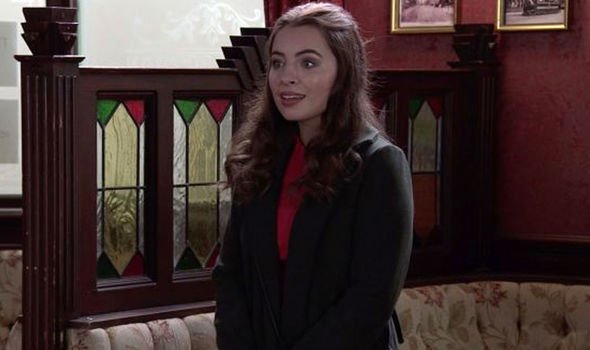 “I love Sally [Jenny] so much. I really, really enjoy working with Sally and I think she’s so very good at her job,” Charlotte said when asked who she would like to work with more.

“I’m learning a lot from her and I would be devastated if I was ever ripped from Jenny Connor’s clutches.

“I do also really enjoy working with Alison King [Carla] and I think she is brilliant,” the actress commented.

With this in mind and given how much time Daisy has spent with Jenny recently, could it be her turn to spend more time with Carla in the future?

It seems viewers watching at home have enjoyed the scenes the two women have been sharing together, whether or not they’ve been tearing strips out of one another.

One fan posted on Twitter: “I love Carla and Jenny’s relationship. If only dippy Daisy wasn’t there to spoil it #Corrie #CoronationStreet.”

Whilst a third commented: “Loving Jenny and Carla’s friendship but Daisy is so infuriating #Corrie,” a fourth remarked: “The Jenny, Daisy and Carla scenes are everything #corrie @itvcorrie.”

“Daisy telling Jenny and Carla for putting their partners first – because it’s not like she’s bitter as she has no-one #Corrie,” a fifth shared.

A sixth added: “I’m obsessed with Carla, Jenny and Daisy drinking together. Can we make this a regular thing please? My new fave trio #corrie.”

Speaking about being on the show for six months, Charlotte also said: “Well, this is the thing – I’ve had discussions with the script editors, storyliners and producers because I think that’s still quite up in the air.

“I think they’re still deciding just how dark can we make her. So the honest answer is I don’t really know!

“Right now she’s a bit of a troublemaker, she’s a bit minxy and she’s got a bit of a backstory behind it. I’m getting to play all sides of the spectrum, which is lovely.”