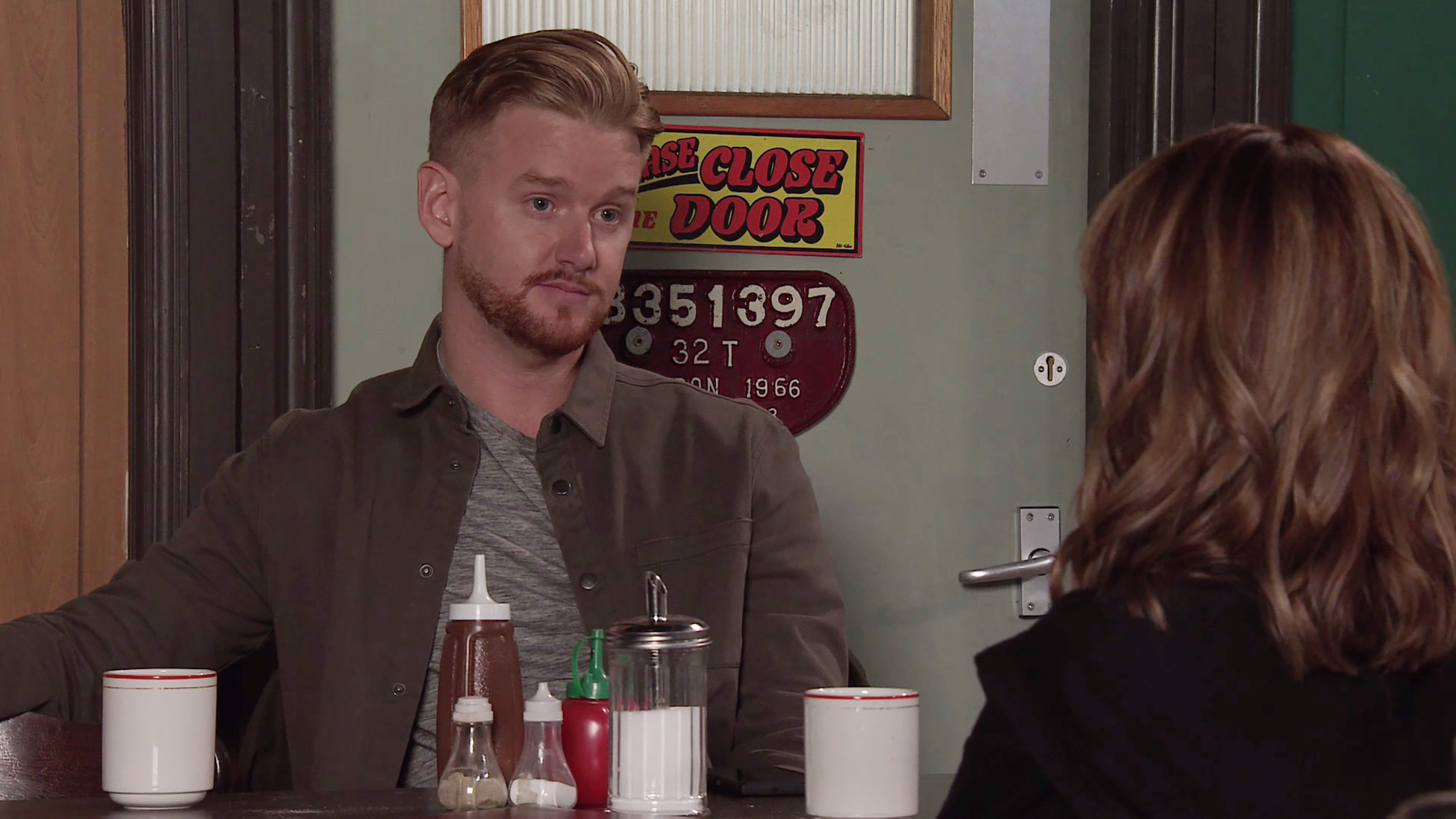 Gary Windass (Mikey North) has spent much of his time since meeting vulnerable Kelly Neelan (Millie Gibson) trying to make up for the fact that he killed her gangster dad Rick.

The former thug of Coronation Street fought for his life with violent loan shark Rick – and won.

Maria (Samia Smith) knows all about Gary’s killer secret so when he offered to take Kelly in after she was left homeless, she was aghast.

Kelly has been struggling since being released from prison and Abi Franklin (Sally Carman) has been on a one woman mission to drive her out.

Kelly had promised Imran that she would attend NA meetings and when she found herself opposite Abi, tensions brewed.

However as they both opened up about their ordeals and mistakes through life, it seemed that a slightly awkward understanding and thawing took place.

Still, Kelly may have made progress but she still had no roof over her head.

Step forward Gary, who offered to put her up for as long as she needs. How generous!

However, Maria is warning him that he needs to be careful as the closer he is to Kelly, the more likely it is that she might find out about his involvement in Rick’s death.

Warning Gary that this could lead to him being jailed, is Maria right to be concerned?

Does Kelly have another bombshell to deal with?