After months of trying to keep his abusive behaviour from the residents of Weatherfield on Coronation Street, Geoff Metcalfe (played by Ian Bartholemew) was left rattled when Elaine Jones (Paula Wilcox) arrived on the cobbles to expose him once and for all as Yasmeen Nazir (Shelley King) remains in jail. However, after Elaine went missing in tonight’s episode, it was Jenny Connor (Sally Ann Matthews) who was the last to see her putting the Rovers Return landlady in grave danger.

As Elaine went off to find Tim Metcalfe (Joe Duttine) tonight after chatting with Sally Metcalfe (Sally Dynevor), Geoff finally got to her.

As he approached, Jenny walked past confused by the tension between them both.

When she left Geoff snarled: “How dare you come around here, hassling Tim and trying to turn him against me.”

Elaine nervously replied: “I just wanted to tell him the truth about me.”

“Well,” added Geoff, “You’ve done that now and he’s told you to sling your hook so why don’t you take the hint and clear off before things turn nasty.” 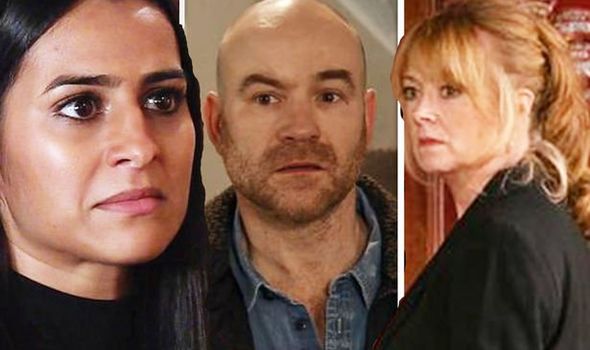 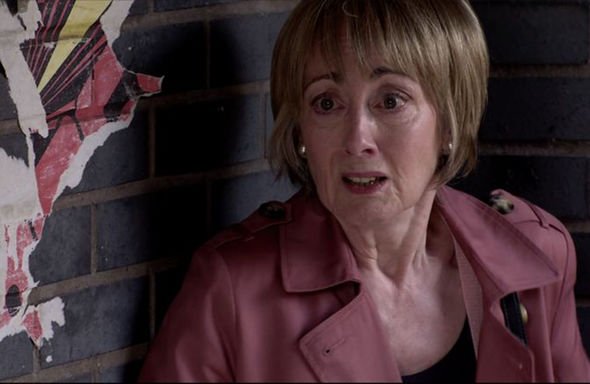 She snapped: “Sounds like they already have for Yasmeen. I’m not scared of you.”

He snarled: “Well, you should be because I’m not just going to stand by and let you ruin things for me here.”

Geoff walked towards her, but fans were left fearing the worst when she never made it to see Tim, and Geoff returned home later alone.

But, would Geoff go as far as to fatally injure Elaine to keep his abusive past a secret? 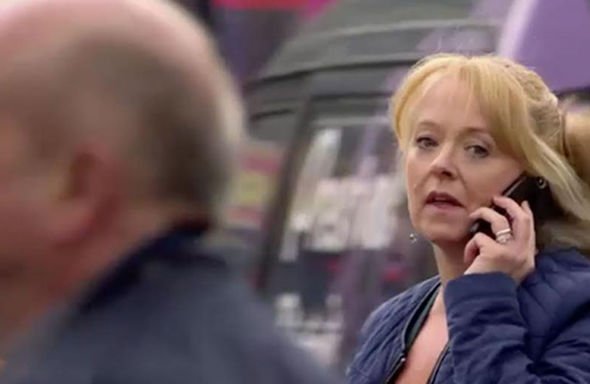 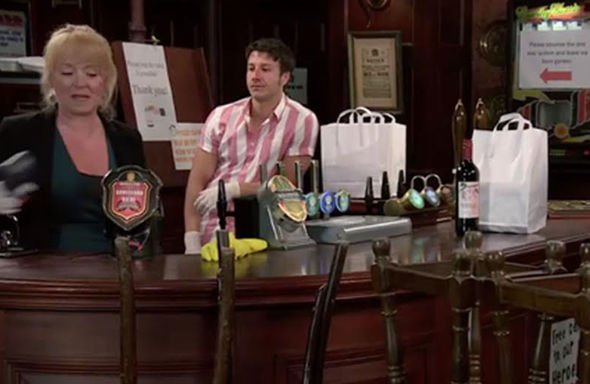 Elaine isn’t the only one who needs to watch their back, because later in the episode, as Alya Nazir (Sair Khan) and Sally spoke about Elaine, Jenny revealed what she had seen.

Jenny admitted: “I saw her near the ginnel before talking to Geoff and well it didn’t look friendly.”

Alya replied: “You don’t think he’s done something to her, do you?”

But, with Jenny being the only one to see Geoff and Elaine before the poor woman went missing, Geoff could soon target the landlady.

Geoff returned home in his car, but before he went inside, he took the sim card out of his mobile and put it down a drain, leading fans to believe Elaine may be dead.

However, to make things worse, last week Geoff had a disturbing encounter with Jenny when he went looking for a bottle of wine.

He issued Jenny with a stark warning that sounded like he would hurt her if he had the chance.

After checking to see if Jenny was alone, Geoff could break into the Rovers Return in a bid to keep her quiet.

If Geoff were to get into her space, he knows this would leave her vulnerable, especially whilst Johnny Connor (Richard Hawley) is away.

But, will Jenny let Geoff rattle her? Especially now she knows just what he has done.

Or will Jenny be able to find Elaine before Geoff gets to either one of them?

With so much to lose at the moment, Geoff’s on hyper-alert and could snap at any moment.

But with a possible murder on his hands if Elaine is not found, it will all come down to whether Yasmeen’s closest supporters can finally expose him.

If you or anyone you know has been affected by Yasmeen or Elaine’s storyline, please find more information by visiting the Women’s Aid website or call Refuge on 0808 2000 247, if you feel your life is in immediate danger please ring 999 and ask for the police.