Ray (played by Mark Frost) certainly made an impression when he arrived on Coronation Street last year as he demonstrated some extremely inappropriate behaviour towards several of the women living in Weatherfield. Despite the likes of Abi Franklin (Sally Carman) and Alya Nazir (Sair Khan) exposing him for the villain he is, the ruthless businessman still seems to be exerting control, especially as he is the owner of the bistro restaurant. The character hasn’t been at the centre of a big storyline for a few months, but it seems the ITV soap could be lining up his next victim as more about his backstory is explored.

During Friday’s trip to the cobbles, Ray was seen meeting with a business partner at the bistro as things were quiet at the restaurant.

The latter needed some paperwork signing so he could go to a soiree with his new mistress, who just happened to be newcomer Nicky Wheatley (Kimberley Hart-Simpson).

Viewers know she is a sex worker who has been helping Daniel Osbourne (Rob Mallard) through some issues, though she likes to keep her line of work discreet.

Entering the restaurant, she was shocked to see not only her client sat there but she also seemed quite tentative to see the ruthless businessman stood behind the bar.

Clapping his eyes on the blonde, the business owner asked: “Are you certain we haven’t met before? I’m sure I know you from somewhere.” 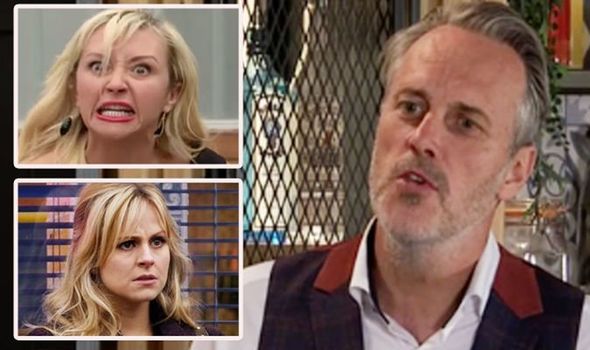 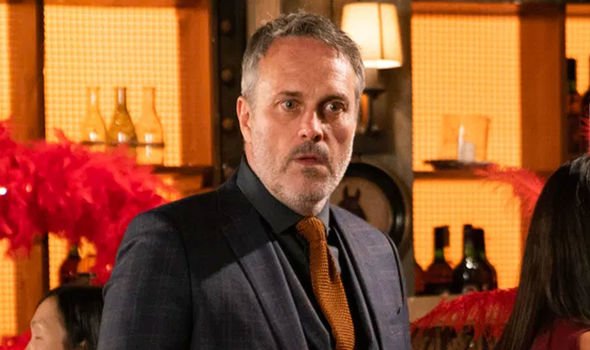 “I don’t think so,” Nicky replied before Ray added: “No. I’m sure I’ve seen you around my hotel in the northern quarter.”

The sex worker told him: “I work in hospitality, maybe that explains it,” desperately trying to keep her profession under wraps.

“Of course, that must be it,” the businessman said, but when Daniel got irate about who the newcomer was keeping company with, her cover was finally blown.

“This is what you meant by hospitality,” the bistro owner remarked as he watched the drama unfold, but could he have known about her career path all along? 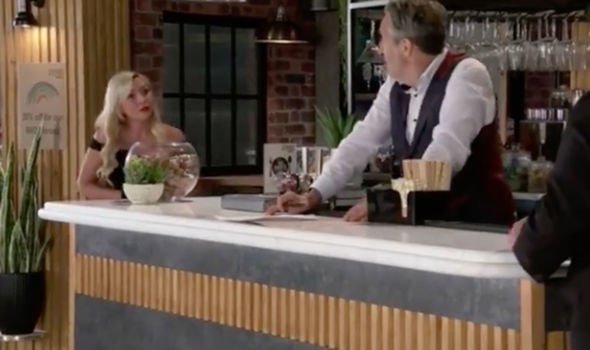 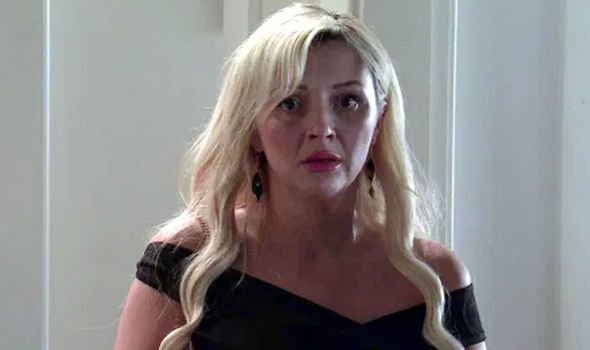 I’m sure I know you

Being the villain and manipulator he is, Ray could have known Nicky knew who he was but wanted to make her sweat.

Seeing how long it took for the newcomer to be revealed as a sex worker, the businessman could have been goading her as he once used her services.

However, their arrangement could have ended badly, hence why the blonde was tentative when she saw him behind the bar.

“This is what you meant by hospitality,” he commented before she told him to “belt up” in a fit of rage as she tried to keep his business partners custom.

Nicky snapping at Ray was the final straw to suggest the pair possibly do have a history together, but will the businessman want revenge?

Given how things could have ended between them, the bistro owner could be wanting to make the newcomer’s life a misery.

He seemed rather gleeful when her argument with his business partner sprawled out onto the cobbles, where the police were waiting and witnessed the altercation.

With the sex worker being carted away by the authorities for public disturbance, the villain remarked: “Now what are the chances of that. Looks like it’s not your day, guys.”

As he plans his next move and with Nicky sticking around for a while yet, will she become the businessman’s next victim?

CAN’T SEE THE POLL BELOW? CLICK HERE TO OPEN IN YOUR BROWSER

It has been reported Ray is going to be stirring up more trouble as a source explained: “Ray has been hiding in plain sight.

“We have seen how malicious he can be but he seems small fry compared to what else has been going on.

“He has a very specific agenda and he has no qualms in stomping on anyone in his way to achieve his aims. What he does will come as quite a shock to viewers and to the Street.

“He is being built up as the big new villain for Coronation Street so what we have seen so far is nothing compared to what he is truly capable of,” they told Metro.co.uk, so it seems he is going to be a character to watch out for in the coming months.