Coronation Street will see Sean Tully (played by Antony Cotton) and Billy Mayhew (Daniel Brocklebank) rocked by the news their ex-lover Todd Grimshaw (Gareth Pierce) is back in the area after nearly three years away from Weatherfield. However, this will soon cause drama between Billy and boyfriend Paul Foreman (Peter Ash) when the vicar becomes concerned for Todd’s welfare. With Sean and Billy set to find out a body has been discovered in the river later this week – could it be Todd?

Fans of the ITV soap haven’t seen Todd on the cobbles since 2017, when he went on the run for assaulting a police officer.

Now he’s set to return with a huge secret but could there be tragedy in store before he’s even arrived?

Fans will see Billy and boyfriend Paul come to blows in episodes to come as news of Todd’s intended return circulates.

Paul will pop over to see Gemma (Dolly-Rose Campbell) with a present and suggests they go for a walk. 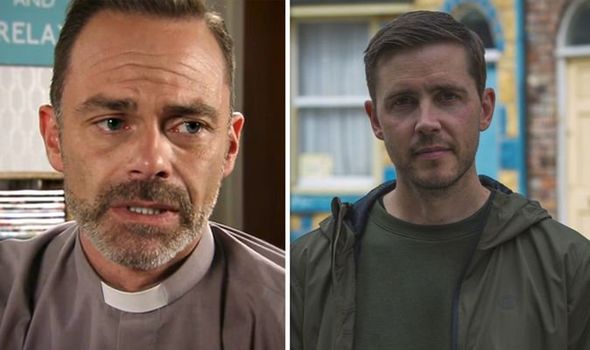 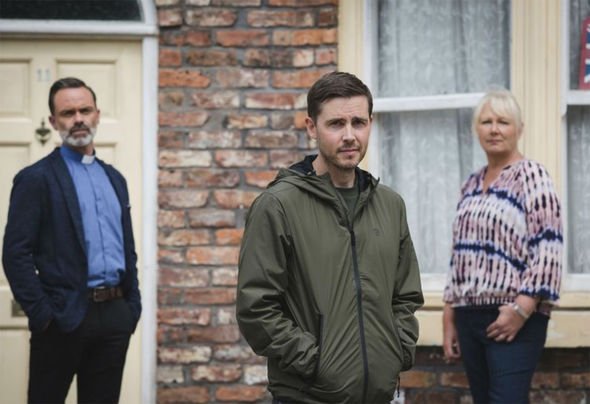 However, she’s reluctant to do so and insists she’s too busy sorting out the quads to accept the invitation.

But this causes worry for Paul, who takes this as further evidence her depression has returned.

These worries all disappear though when Paul discovers she has organised a surprise birthday party for him.

However, someone important is missing from proceedings as Billy’s priorities seem to lie elsewhere. 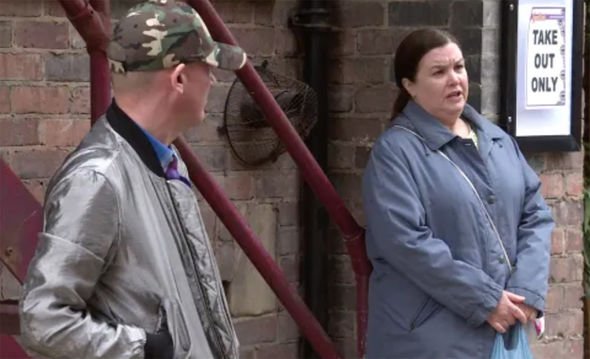 With Todd nowhere to be found, Sean trawls through the missing person’s database and makes a grisly discovery.

He finds out a man’s body had been found in the river the day before, which prompts Billy and Sean to report Todd missing.

When Billy fails to show at Paul’s birthday party, he has no interest in Todd, despite his concern and simply helping Sean out.

But will Todd be found alive and well or will he have ended up some serious danger?

It comes after Sean and Mary (Patti Clare) decide to poke their nose in Eileen Grimshaw’s (Sue Cleaver) business as they become desperate for answers from Todd.

When the pair go through Eileen’s post, they find a threatening letter supposedly from Todd.

Todd will demand thousands of pounds of money from Eileen – but is it really him?

The pair come up with a plan to catch Todd out, arranging to meet him at Victoria Gardens, alongside the help of Billy.

However, they decide to plant some fake money but it’s not yet known whether their former lover will turn up.

If he does, will they be in danger or will Todd arrive back with some surprising news?

It’s already been confirmed viewers will discover what Todd has been up to in his three years of absence.

But will he decide to stick around in Weatherfield if he does make it back safely, or could he be forced to go on the run again?