Coronation Street fans will see the tension between Yasmeen Nazir (played by Shelley King) and Geoff Metcalfe (Ian Bartholomew) heat up even further in the weeks to come as the storyline starts to reach its climax. But this week, Geoff’s daughter-in-law Sally Metcalfe (Sally Dynevor) will make a huge discovery about the abuser after Tim (Joe Duttine) makes a vital revelation about his dad’s use of CCTV cameras. But will Sally manage to recover footage of Geoff’s evil ways, or is Yasmeen doomed to remain in custody?

Yasmeen has been in prison in recent weeks awaiting trial but it’s only got more difficult for her as her ordeal has continued.

The restaurateur was set to go to court last month but faced a huge setback as she struggled to cope with the reality of the situation.

Yasmeen suffered a heart attack as the pressure heightened but in the coming days, it’s time for her to face the music.

Luckily, a vast number of Weatherfield residents have started to see sense and turn against villainous Geoff. 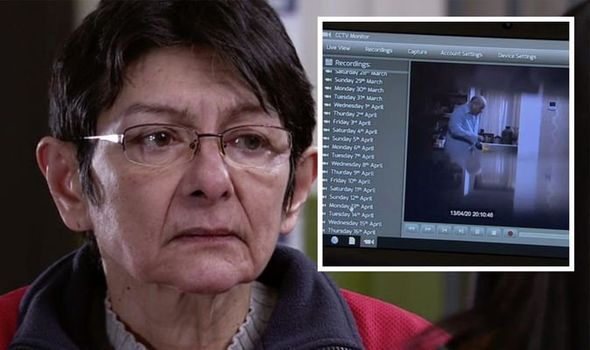 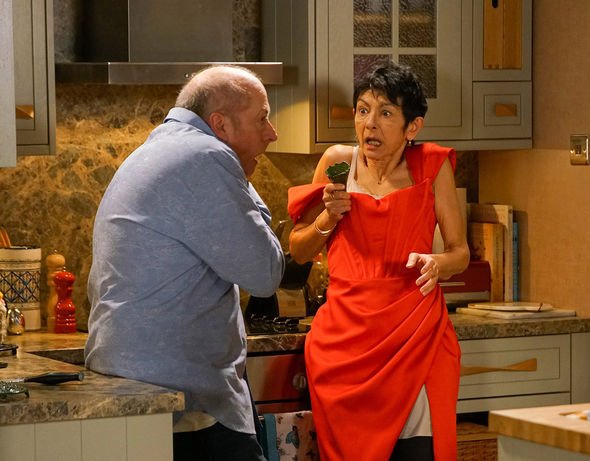 As Geoff’s games against Yasmeen’s granddaughter Alya (Sair Khan) only get even nastier, it seems Tim is finally starting to see the cracks in his dad’s behaviour.

This week will see Geoff’s most loyal supporter finally open up to Sally about his dad’s secret CCTV system.

With his marriage to Sally continuing to hit the rocks, it seems she will find a way to get through to her beloved husband.

But actress Sally Dynevor isn’t so sure it will provide a useful tool in exposing the abuse against Yasmeen. 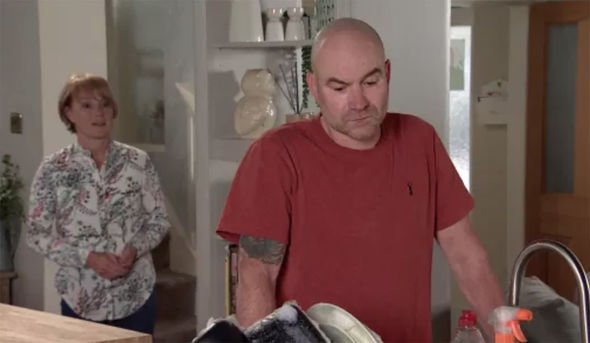 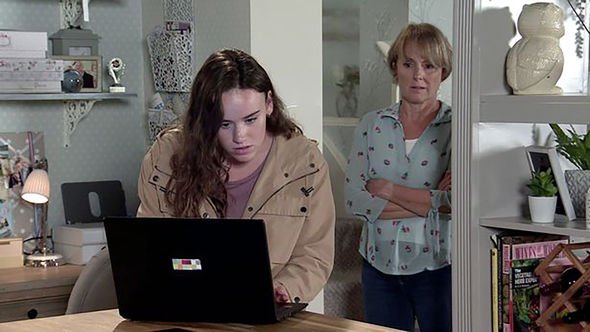 Speaking out on what her alter-ego is expecting to see in the footage, the star explained how it’s not certain Sally will be able to help.

She said: “I don’t think she has any idea, she just wants to see what’s there, she’s not quite sure what she’s searching for.

“But she knows if there was a camera in there it’s bound to have picked something up.

“I think if she discovered what really went on in that house it would be a shock,” added Sally.

But with Geoff always being one step ahead of everyone else, could they be greeted to something completely useless?

Could the CCTV footage show nothing at all, leaving Yasmeen with one less crucial lifeline?

Another part of the story which is still a mystery is the fate of Geoff’s ex-wife Elaine (Paula Wilcox).

Viewers last saw Elaine in a nasty confrontation with Geoff after she’d arrived in Weatherfield after hearing the news of Yasmeen’s arrest.

After Geoff got wind of her appearance, he set about swiftly trying to get rid of her.

But will she manage to have made it out alive and be back in order to finally give Geoff the comeuppance he deserves?

If Elaine does make it back to Weatherfield, she is sure to be willing to do anything to get revenge on her abuser.

Will Geoff end up behind bars in the most satisfying end to Yasmeen’s horrific ordeal?