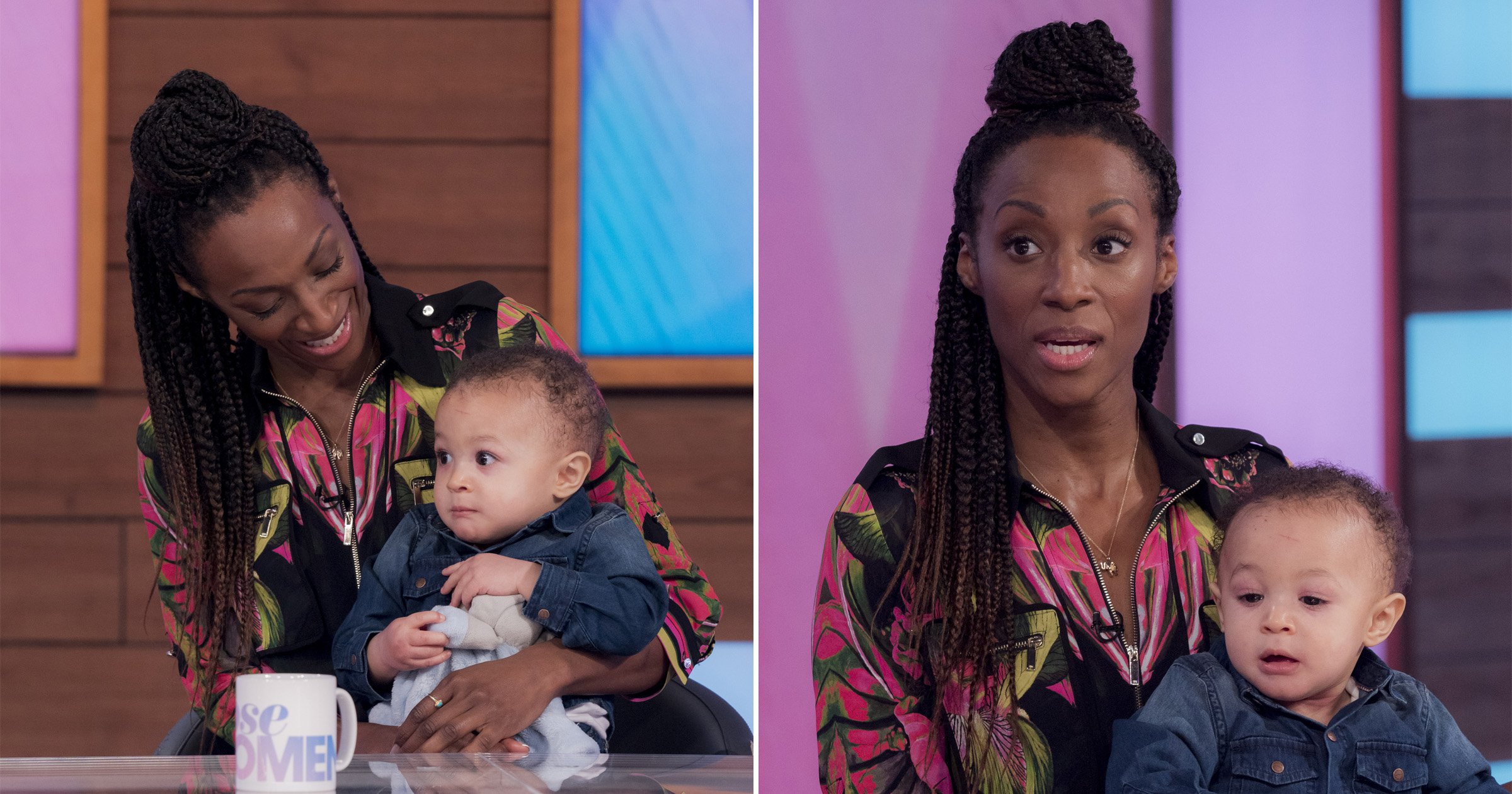 Coronation Street star Victoria Ekanoye is continuing to raise awareness for breast cancer, following her own diagnosis and double mastectomy.

The actress, who played Angie Appleton in the ITV soap, fell unwell with the illness last year.

Victoria, 39, revealed that she first discovered a lump when her son, Theo, was nine months old, and subsequently had an ultrasound, where the doctors thought she had a benign lump.

‘I just didn’t feel great about [it]’, she told OK! magazine at the time, revealing that she then ‘went for a second opinion,’ as she did not want to leave it to ‘chance’.

Victoria saw a consultant and after a series of tests, she was diagnosed with DCIS – Ductal carcinoma in situ.

One year on, Victoria is now using her ever growing platform to urge women to get their breasts checked.

‘It’s very easy to check and you should check monthly a week after your period’, the actress said during the ITV Lorraine Change and Check campaign.

‘I’m the ninth person in the family to have cancer and we are in talks with the family because it’s important for the next generation to get to the bottom of it. I’m so grateful I found mine at an early stage.’

Opening up about her treatment post surgery, Victoria added: ‘There’s no chemotherapy, radiotherapy but I’m on hormone therapy medication, one tablet for the next five years, and one injection a month. The Tamoxifen stops cancer cells feeding off oestrogen and the injections turn off the ovaries.

‘Women deal with this all the time, and this is what I have to do. The symptoms pale in comparison to how wonderful Théo is.’