While the star of the cancelled Netflix series wants to give Ruth Wilder a proper sendoff, any plans would be delayed by the pandemic 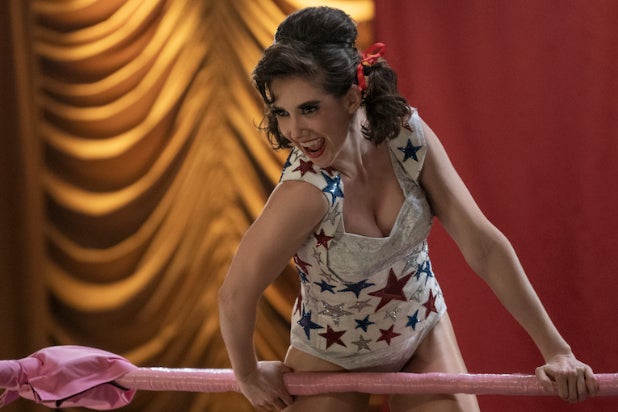 After the COVID-19 pandemic led Netflix to kill plans for a fourth and final season of “GLOW,” fans of the wrestling dramedy series have joined several cast members in pushing for a movie to give Ruth, Debbie and their fellow ladies of the ring a proper send-off. But Ruth herself, Alison Brie, is trying to get them to curb their enthusiasm.

In an interview with The Playlist’s “The Fourth Wall” podcast, Brie was asked about her thoughts on a potential “GLOW” movie. While she’s open to the idea, she’s doubtful it’s in the cards.

“I’m a little pessimistic about it actually happening just in light of everything that’s gone on this year and how difficult it is to get anything back into production with COVID,” she said.

This isn’t the first time Brie has been part of a cult hit series with fans pushing for a movie. Prior to “GLOW,” she spent six seasons on the NBC comedy “Community,” which has had fans push for the show to fulfill its famous “six seasons and a movie” catchphrase since it finished in 2015. Between her experience with that fan campaign and the ongoing problems with filming during the pandemic, a “Glow” movie is unlikely — at least not in the near future.

“I’m also part of the ‘Community’ cast, who’s been trying to get a movie going for six years, so what I’m saying is don’t hold your breath because if it does happen, it might take a minute,” she said.

In the meantime, Brie is set to star in the Sundance revenge thriller “Promising Young Woman” alongside Carey Mulligan, as well as the LGBT Hulu rom-com “Happiest Season,” with both set for release next month. All three seasons of “GLOW” are available to stream on Netflix.