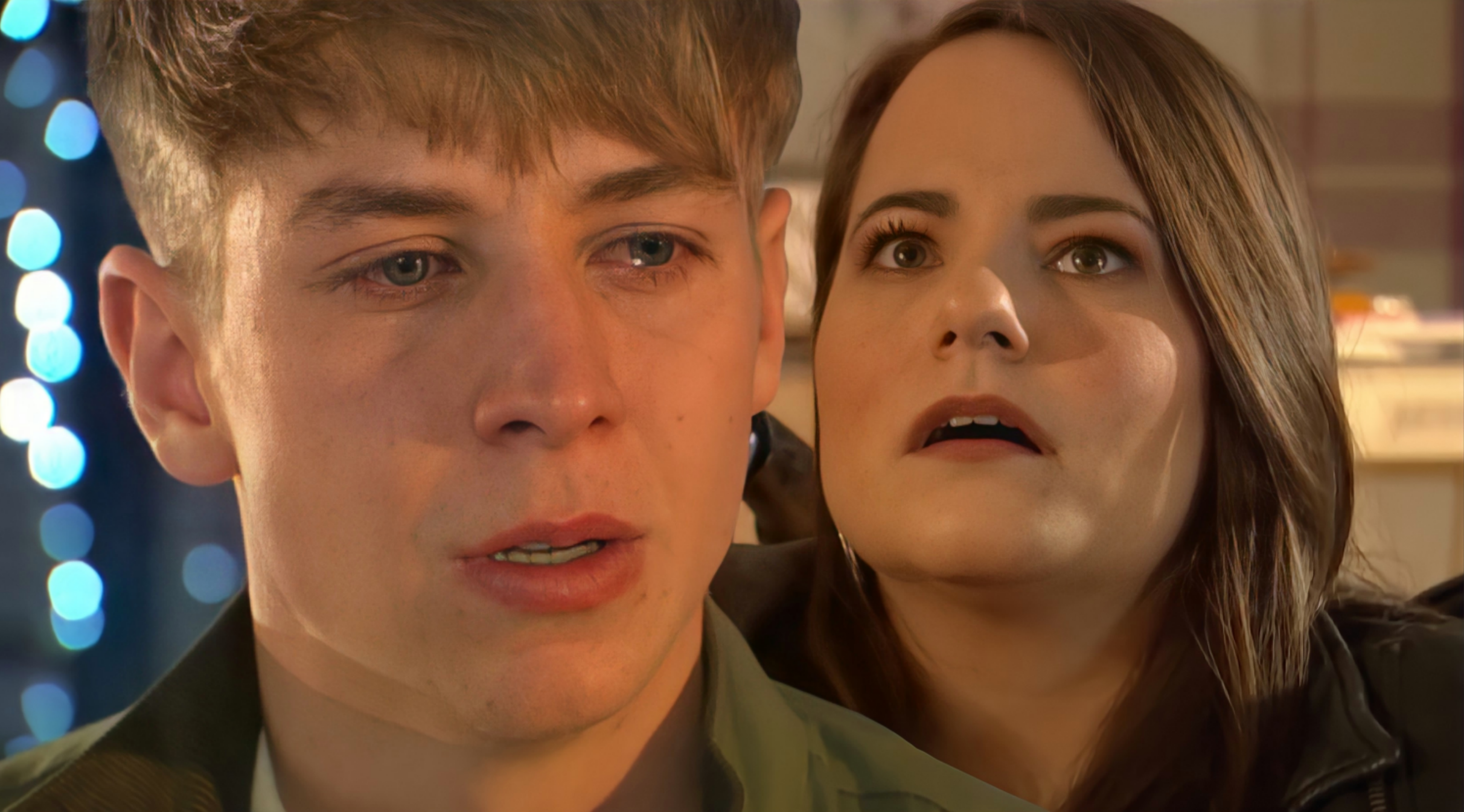 Courtney Donovan (Amy Conachan) finds herself in hot water in Hollyoaks next week, when her relationship with Sid Sumner (Billy Price) is called into question.

The teacher was stunned last month when – after assisting him with his ambition of becoming a police officer – Sid kissed her.

She subsequently explained to the young man that under no circumstances could they pursue a relationship, given that she’s a teacher and he’s a student.

Sid, however, still very much has a crush on her.

Juliet Nightingale (Niamh Blackshaw), having got the wrong end of the stick, believes that Sid is still harbouring feelings for her, and therefore she sets in motion a plan to put a smile on his face.

The young woman surprises Sid with a date with a fellow student named Raya, and – against all odds – the dates goes surprisingly well!

That is, until Courtney arrives!

The question is: just what is it that he’s told them?

Courtney, meanwhile, is practicing for her interview with Nancy Osborne (Jessica Fox) for deputy head – but stumbles upon an intoxicated Sid.

She does her best to cheer him up, but it’s clear that he’s still pining for her.

Courtney yet again makes it clear that she has no feelings for him, because he’s a student, but as they sit under the bike sheds, Sid snaps a picture of them together.

Soon, the rumour mill goes into overdrive, leaving Courtney concerned, and she finds herself in hot water when Nancy explains that they need to discuss her relationship with Sid!

Will Courtney lose her job?