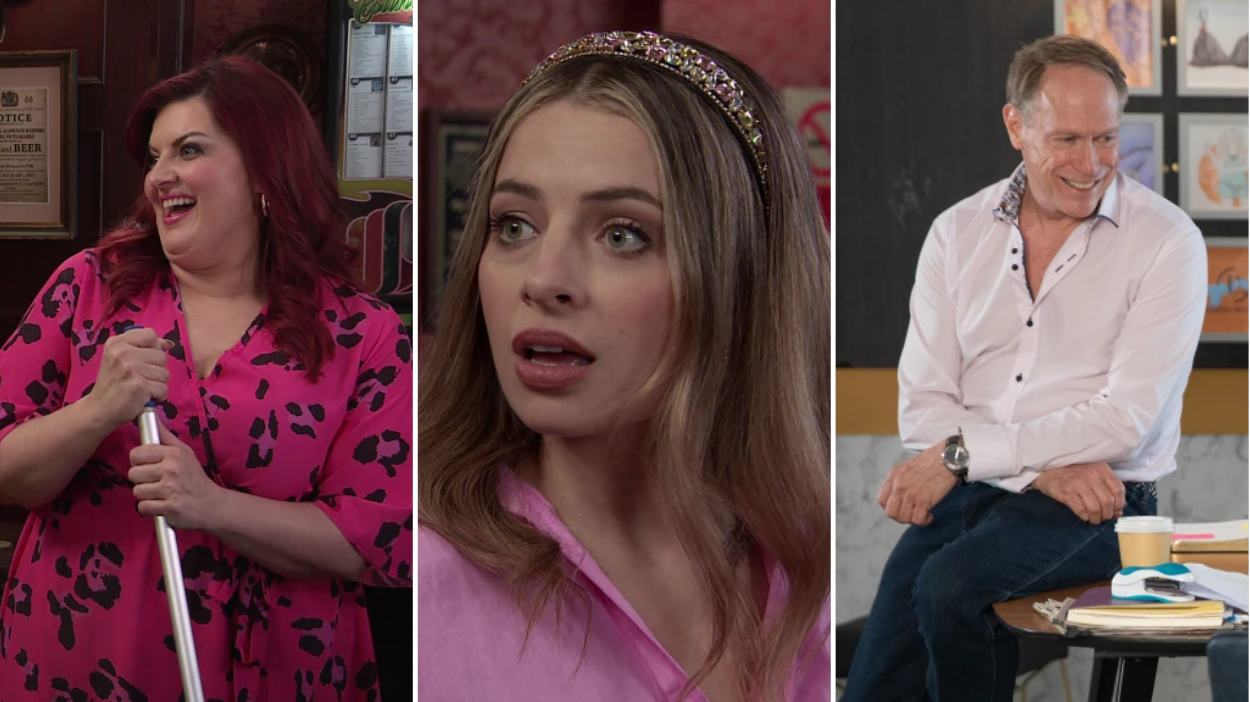 As Jenny Connor (Sally Ann Matthews) prepares to leave Coronation Street for a new life in Canada, Daisy Midgley (Charlotte Jordan) is desperate for the role of top dog.

Jenny is packing up her things ahead of the big move with Leo (Joe Frost), who was offered a job in Toronto.

Thinking she was standing in the way of him progressing, Jenny initially told Leo that he should go on his own.

While it looked as though their relationship had come to an end, Jenny hit the bottle and decided to move on – by snogging Stephen (Todd Boyce).

For Leo, after a chat with Rita (Barbara Knox) and Gemma (Dolly-Rose Campbell), he decided to really show Jenny how much she means to him by proposing and putting forward the idea that they move away together after all.

So, as Leo looks forward to the future, Jenny cannot shake Stephen from her mind.

Meanwhile, as Glenda (Jodie Prenger) starts her first shift behind the bar, Daisy goes all out to persuade Jenny that she’d be the perfect boss.

Observing an interaction with Stephen and Glenda, Daisy realises the businessman is attempting to scam Glenda by making out she gave him the wrong change.

But will she take advantage of this?

Is Daisy about to become the pub boss and destroy Glenda’s hopes of a new job?