Dancing on Ice was back on ITV and tonight, the other six celebrity contestants took to the ice to perform their first partnered routines. While there was an incredibly moving performance from Libby Clegg MBE, and a final skate from Trisha Goddard, those at home were distracted by something else altogether.

This evening marked the end of the road for Trisha as she was the first celebrity to be eliminated from the competition.

She faced Lucrezia Molinari following a public vote, but it was the ITV news anchor showed more improvement to the judges and was unanimously voted through to week three.

Elsewhere in the show, Paralympian Libby took to the ice and her performance left Christopher Dean unable to speak and in tears.

Meanwhile, Maura Higgins’ score infuriated viewers after they suggested she was “undermarked”. 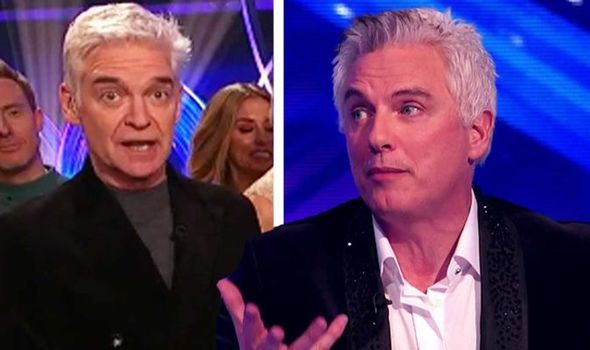 Nevertheless, it was the reaction from the live studio audience that really irritated viewers up and down the nation.

Taking to Twitter to comment, one said: “Far too much screaming and screeching on this show. Given me a headache #DancingOnIce.”

“That man constantly whistling in the audience is very off putting and ruining the show for others #DancingOnIce,” someone else wrote.

A third added: “Channel hopping and #doi is on, why does the audience scream so much when the skaters are on the ice #DancingOnIce. switched off” 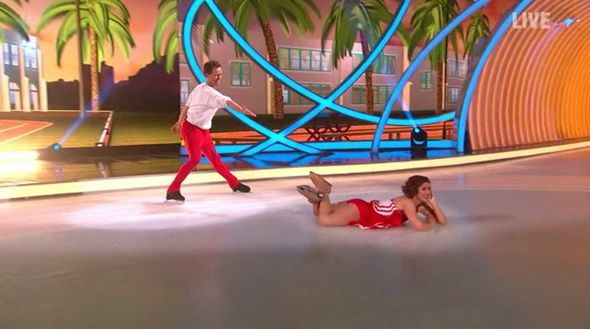 “#DancingOnIce tell that audience to stop screaming while they perform,” one viewer fumed.

An alternative tweet read: “Wish the audience would shut the f**k up annoying bunch of screaming b******s  #DancingOnIce.”

“The audience shouldn’t be allowed to scream, shout and clap when the singer’s are singing…so rude. Such a beautiful song. #dancingonice,” another chimed in reference to the guest performance on the show tonight.

It comes after those watching at home were distracted from the very beginning.

Moments after Holly and Phillip appeared on television screens up and down the nation, fans of the ITV show took to Twitter to discuss their outfit choices.

Some noticed a funny issue with Phillip’s double breasted jacket, while others suggested Holly’s low-cut and revealing dress wasn’t suited for a family show.

As for the performances tonight, the scores Lucrezia was awarded left fans fuming. 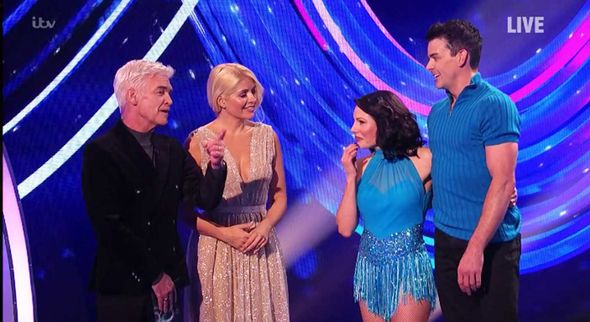 It was the first time the ITV news anchor had ever skated to a live audience.

Her routine incorporated several difficult lifts and achieved a great speed across the rink.

However, she was criticised for not showing enough solo skating and some viewers thought she as undermarked.

Dancing on Ice returns next Sunday to ITV.