HARRY Potter star Daniel Radcliffe looked a world away from his boy wizard days as he dressed up in a skimpy exotic dancer outfit.

His new look was for a recent scene in the US comedy Miracle Workers, where his character goes undercover. 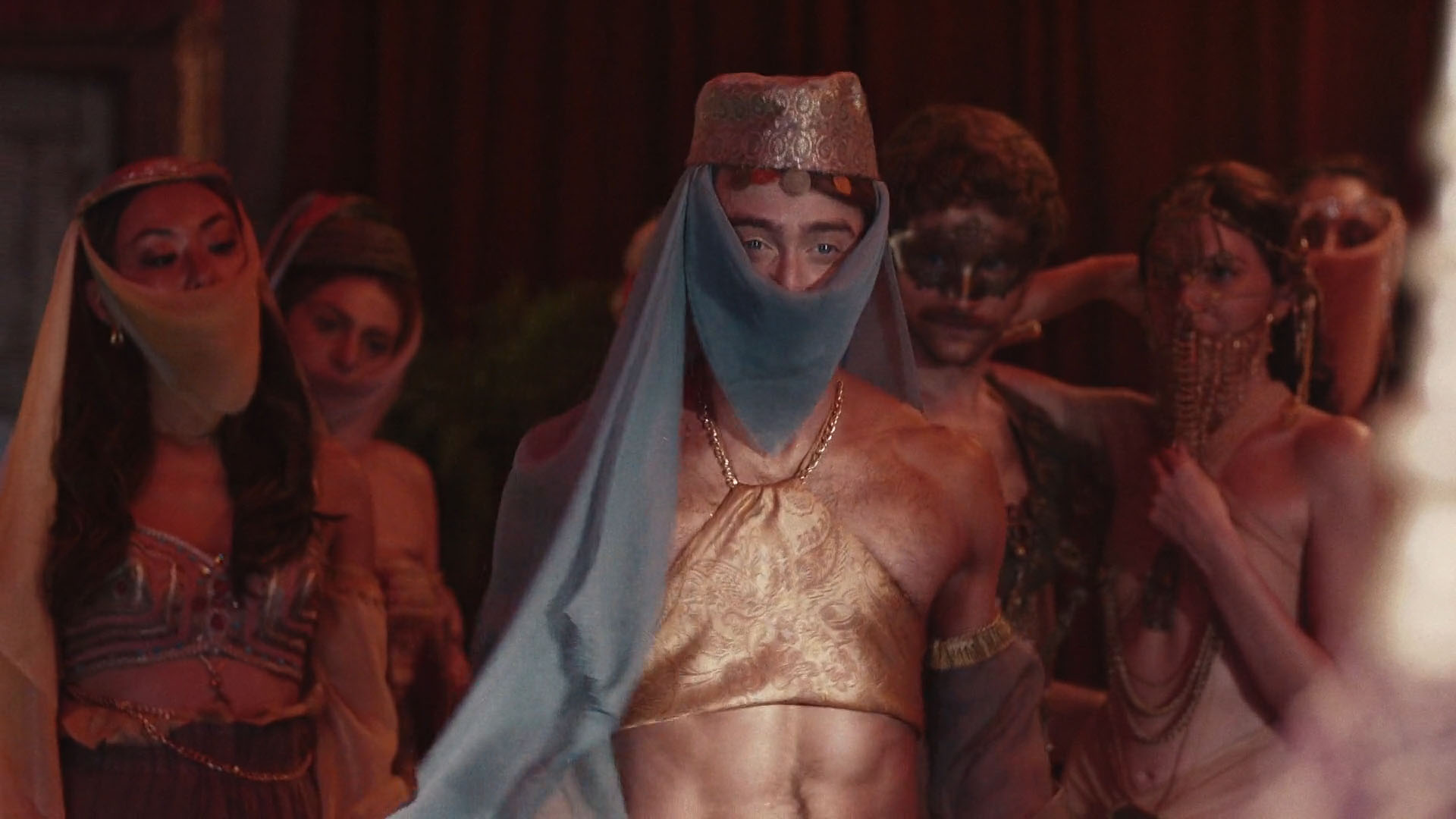 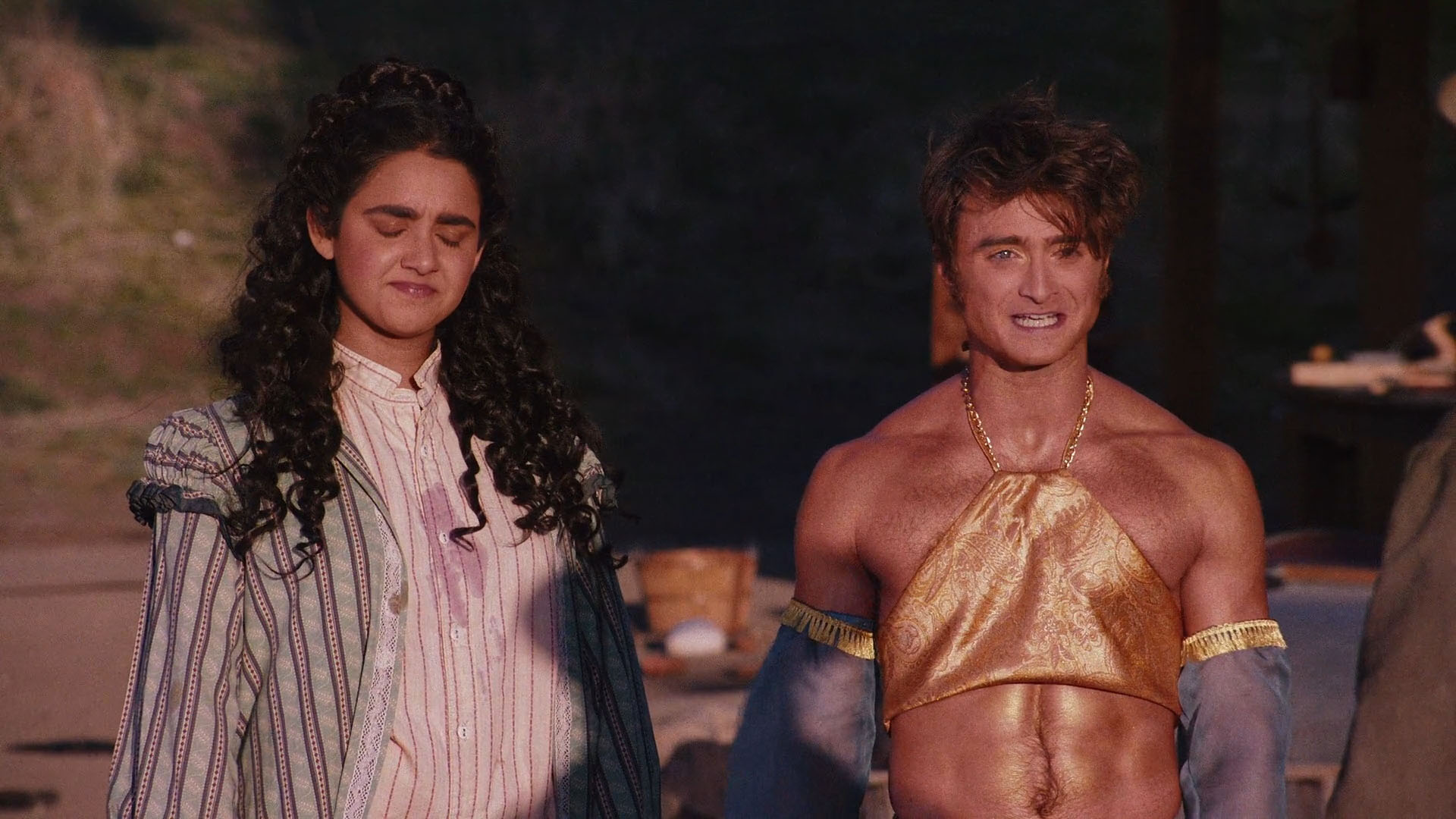 Daniel, 32, stars as the Reverend Ezekiel Brown in the TBS series, who opts for the disguise in order to rescue his love Prudence from her horrible, estranged husband Todd.

Todd has given himself the title of Oregon's new governor and to the dismay of locals is acting like a Roman emperor.

A treat for the eyes, the saucy outfit shows off the actor's toned torso as his character tries to save the day.

With his skin bronzed up for the occasion, Radcliffe wears a gold, cropped halter neck top.

But it all appears in vain, as another shot shows Ezekiel looking roughed up and with his hands up in the air.

The comedy is set in the year 1844 and follows Zeke – described an idealistic small-town preacher – who teams up with wanted outlaw Benny The Teen (Steve Buscemi) and an adventurous prairie wife (Geraldine Viswanathan).

Together they lead a wagon train west on the Oregon Trail across an American landscape never quite knowing what to expect.

Daniel made his name as a child actor starring alongside the likes of Emma Watson and Rupert Grint in the J K Rowling epic.

The last film in the eight-movie series premiered a decade ago, in 2011.

In his days since he played "the boy who lived," Radcliffe has stayed busy acting in a mix of TV series and movies, with Horns, The Woman in Black and A Young Doctor's Notebook among his credits. 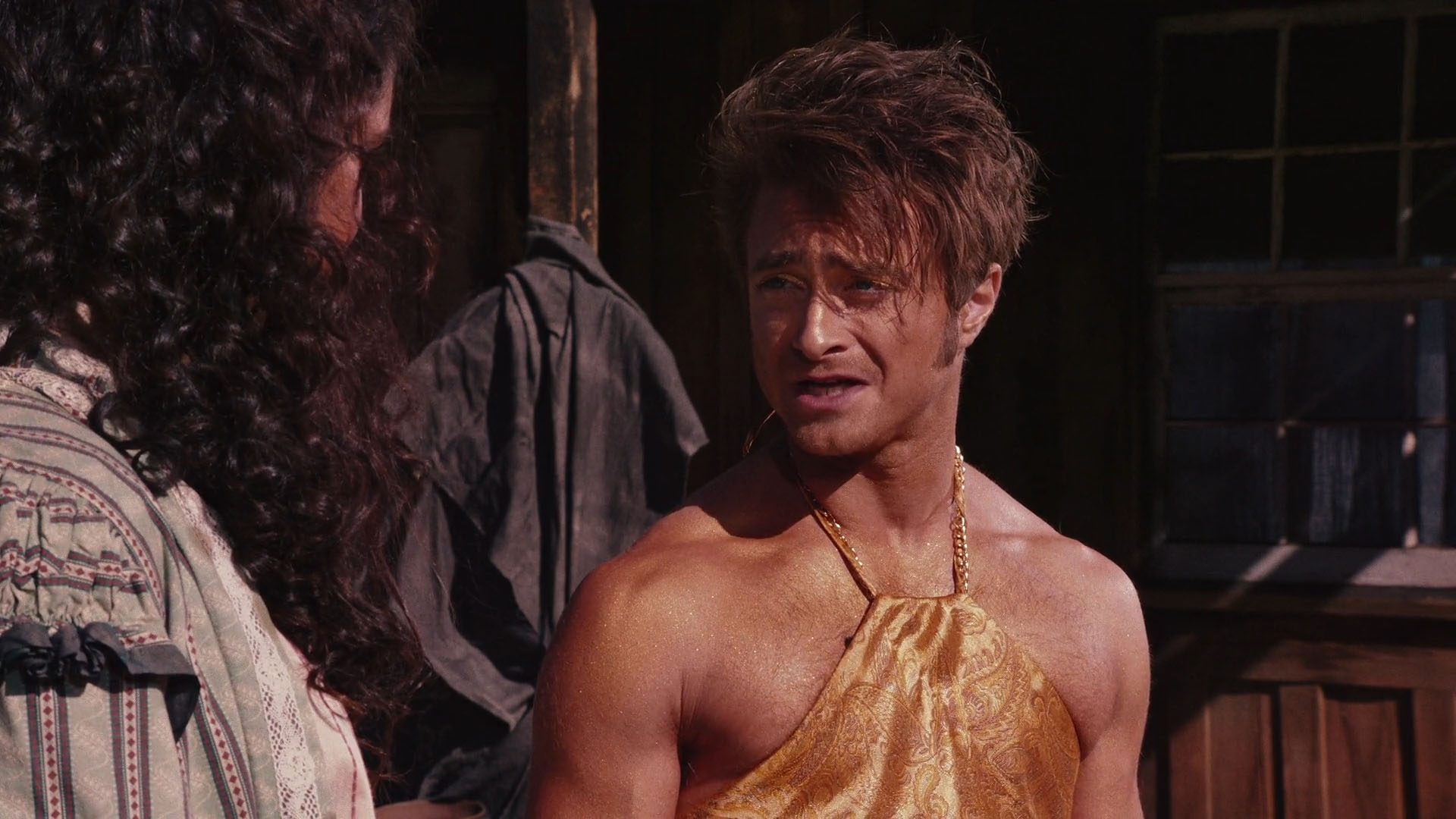 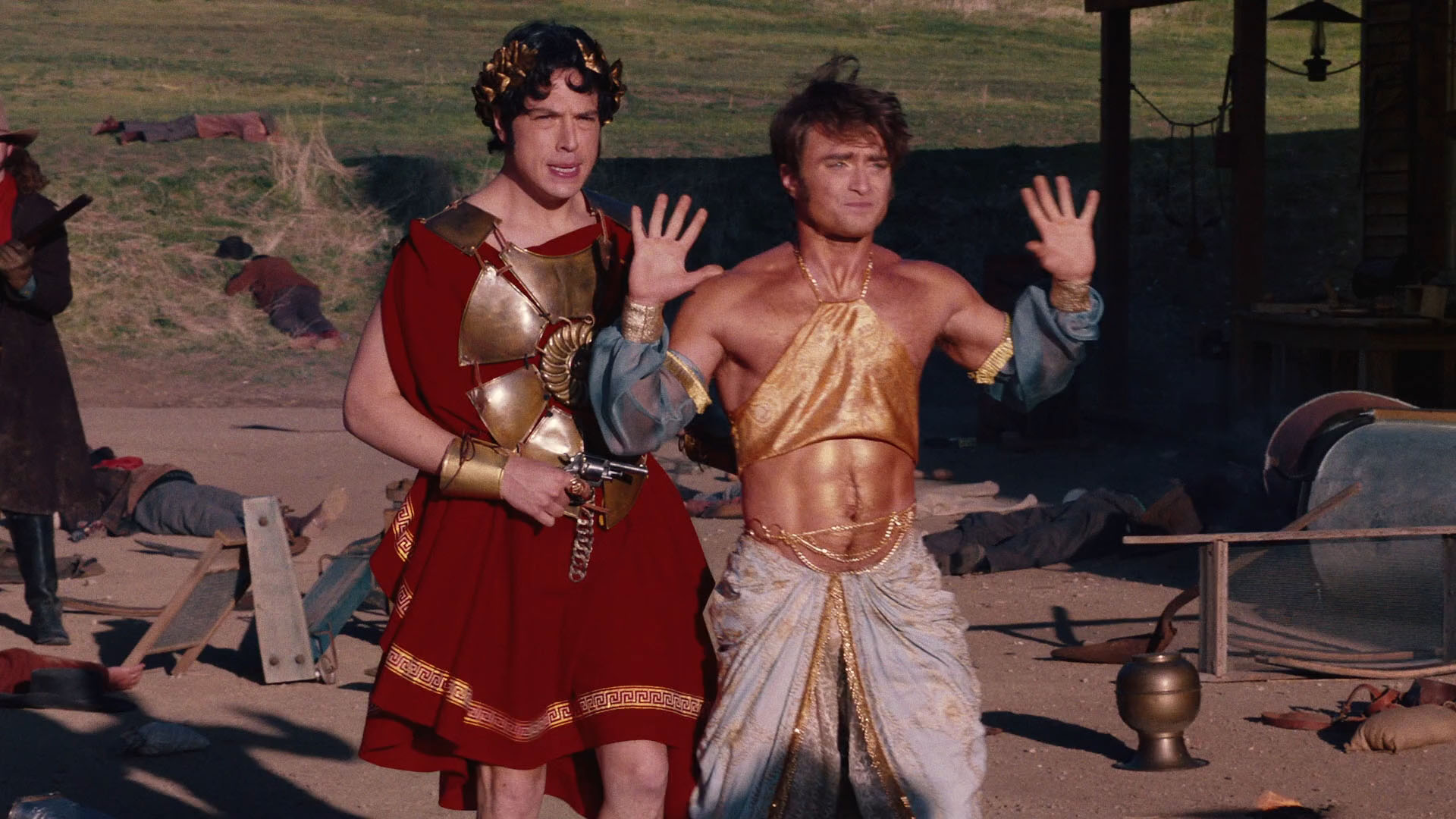 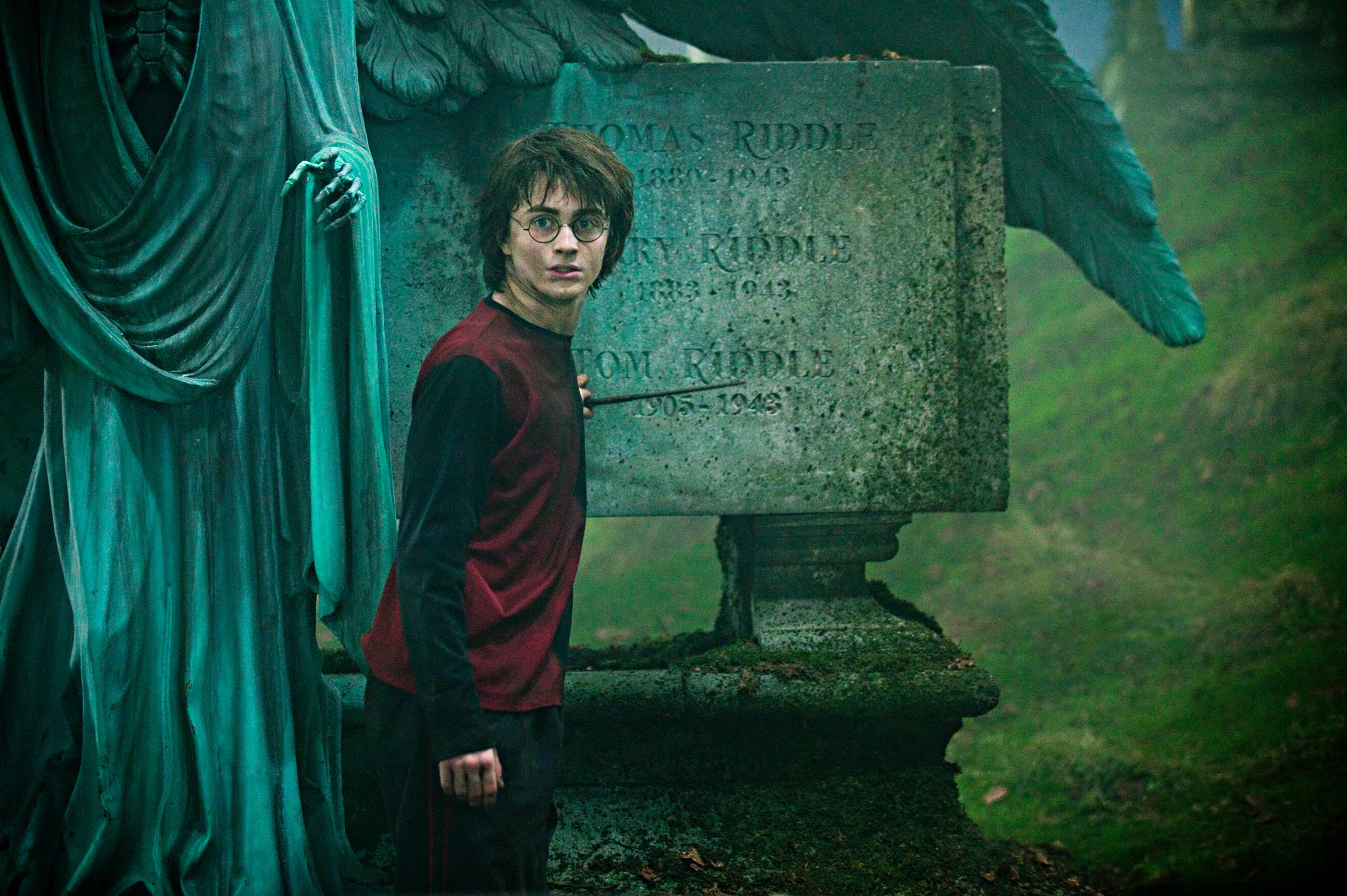