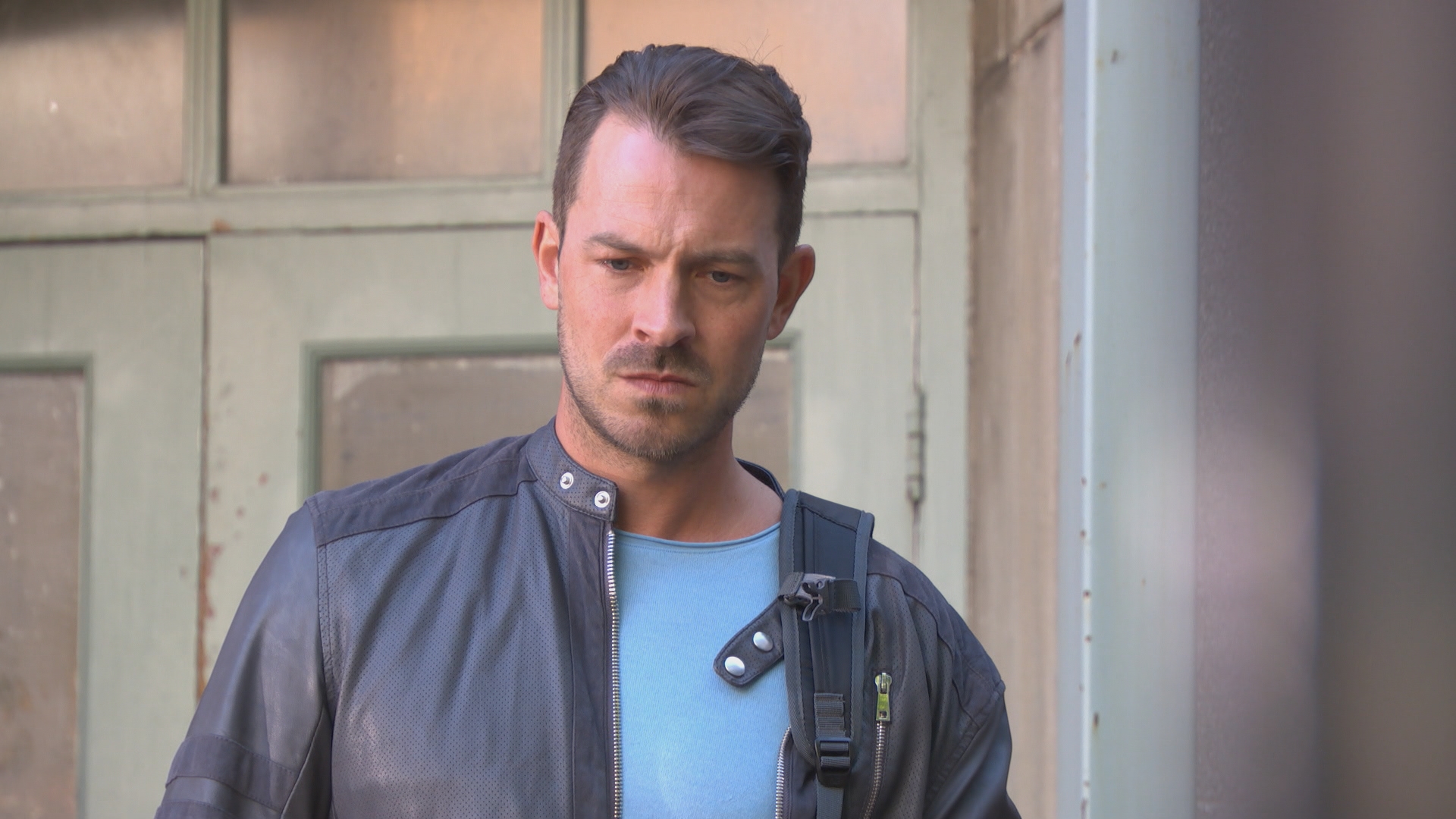 Darren Osborne (Ashley Taylor Dawson) will endure a traumatising ordeal in Hollyoaks when he’s kidnapped by a mystery villager.

The long-serving soap character will be seen via a troubling flashforward sequence on Friday (November 5), when he wakes up in strange surroundings.

Throughout this very episode, viewers will discover the events which led him there.

In the present day scenes, we see Nancy (Jessica Fox) preparing for her co-deputy head interview, and thus she leaves Darren in charge of cleaning the house while she’s out.

But things take an interesting turn when he’s tasked with taking out the bins, and he finds a pregnancy test – which he assumes is Ella Richardson’s (Erin Palmer).

An argument ensues between he and Nancy, and afterwards, he turns to Luke Morgan (Gary Lucy), who suggests he buy Nancy a gift to make amends, giving him the name of a jeweller in town.

What happens next remains to be seen, but Darren’s fate is unclear, as his captor tells him that he’s seen too much, before warning him that it’s his partner who is the real danger.

Darren’s whereabouts are the subject of much speculation, but Jack (Jimmy McKenna) appears to be the only one really concerned.

Nancy agrees to help in searching for him, but Luke rattles her when he struggles to recall the conversation he had with his pal, and ends up suggesting Darren is having an affair!

Heartbroken, Nancy calls off the search, but she soon comes home to a hand-written note from Darren.

The question is: what’s in the note?

What’s more, is Darren okay? Or has he been killed by his captor?