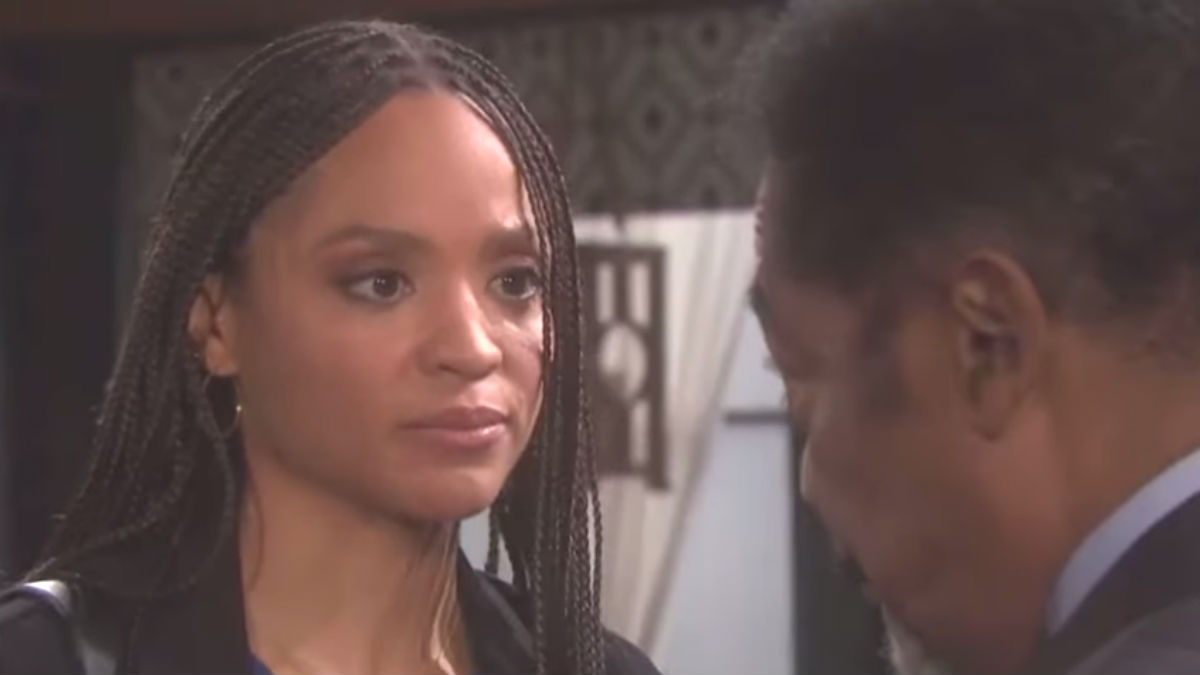 Days of our Lives spoilers tease a hazy memory, a shocking demand, and an unholy alliance will make it one intense week on the NBC soap opera.

Salem is rocked with shocking allegations and devious plans pitting several families against each other.

One new storyline is gearing up to address a hot button topic that will garner strong fan opinion. Other stories reach a breaking point as the daytime drama sets the stage for November sweeps, right around the corner.

After a tense run-in with Tripp (Lucas Adams), Allie (Lindsay Arnold) turns to Nicole (Arianne Zucker). Allie fills in Nicole on meeting Tripp in London one drunk night, which is when Allie got pregnant.

Although her memory is hazy, Allie goes through a chain of events that leads Nicole to believe Allie did not consent for sex. The preview makes it clear Days is paving the way for accusations that Tripp raped Allie.

Things are not always as they seem on the hit soap opera. The writers could head in two directions. One, Tripp raped Allie. Two, someone else did, but Tripp takes the blame until the truth comes out.

Either way, the fallout will impact several Horton, Brady, and Johnson family members, plus their friends.

Jan (Heather Lindell) decides to join forces with Xander (Paul Telfer) to take down Philip (Jay Kenneth Johnson). She files charges with Shawn (Brandon Beemer) to have Philip arrested for threatening to kill her.

Shawn arrests Philip during a family dinner that Xander and Sarah (Linsey Godfrey) happen to be attending.

Sarah puts two and two together, realizing Xander was behind Philip’s arrest. She makes it clear if Xander is reverting to scheming ways, they are done. Sarah wants no part of manipulative Xander.

She learns what Lani did, forcing Eli to either help Melinda or both her and Lani will lose their jobs.

Lani finds a way to make sure she, Eli, and Kristen all get what they want, but she needs Abe’s (James Reynolds) help. Will Abe agree to fire Melinda to save his daughter and son-in-law?

Once Vincent (Michael Teh) is taken into police custody, Ben (Robert Scott Wilson) threatens to kill him. It is not the best way for Ben to find Ciara’s (Victoria Konefal) whereabouts, but there is a slight chance it will work.

Tune in daily to find out what new OMG moments unfold on the daytime drama.

Days of our Lives airs weekdays on NBC.