Princess Diana is played by actress Emma Corrin in season four of The Crown, which is airing on Netflix. In one of the episodes, shortly after Lady Diana Spencer was engaged to Prince Charles (Josh O’Connor) she is seen struggling with an eating disorder. Viewers are interested to find out whether Princess Diana had an eating disorder in real life.

Did Princess Diana have an eating disorder?

Actress Corrin has received plenty of praise for her portrayal of the teenage princess in the most recent season of The Crown.

In the first episode, viewers saw a 16-year-old Diana Spencer meet Prince Charles when he was visiting her home, and the pair were instantly taken with each other.

Their relationship evolved quickly as Charles’s family were keen to see him find a suitable bride before he turned 30.

Diana and Charles came across each other again a couple of years after their first meeting, and Diana was invited to meet the rest of the prince’s family.

She fitted in well at first and ticked all the boxes as the perfect candidate to marry Charles, with the heir to the throne eventually proposing. 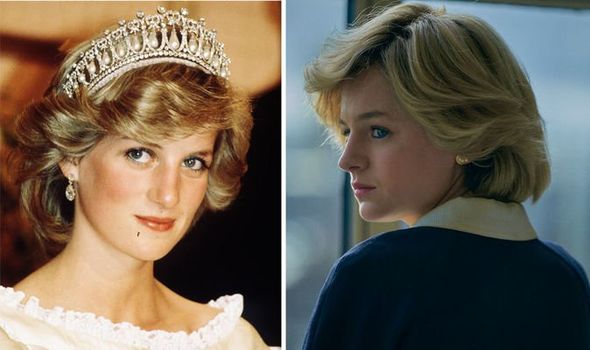 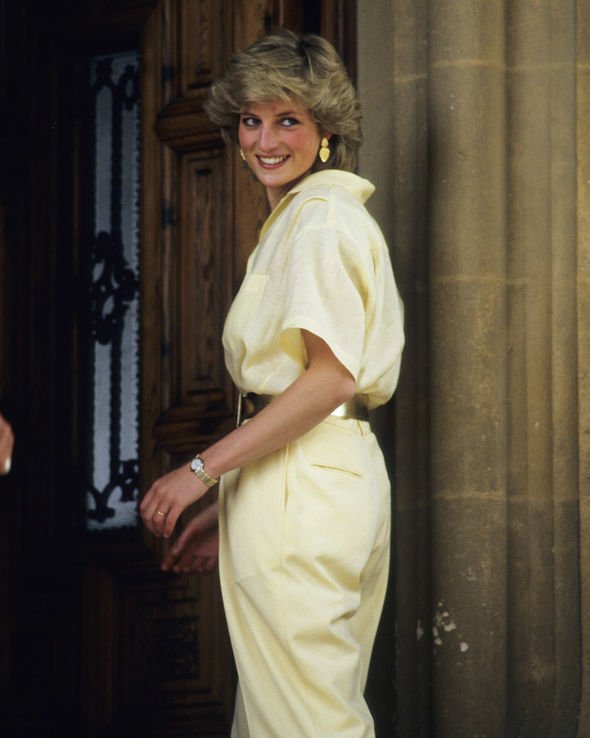 But early on in their engagement, viewers were given insight into how the arrangement had started to take its toll on the teenager.

She was worried about learning all the Royal protocols and grew more concerned that her husband to be was not as invested in the relationship as she had believed.

In one scene, Diana was seen eating desserts and other foods from the fridge late at night, and she was later seen regurgitating the food.

Similarly, after her emotionally-draining lunch with Charles’s former love interest, Camilla Parker Bowles (Emerald Fennell), she was seen regurgitating the dessert she had eaten.

The third episode started with a warning to viewers, explaining how there were some scenes of an eating disorder that viewers may find distressing.

Princess Diana was known to have struggled with bulimia in real life, with the princess saying the eating disorder started a week after her engagement. 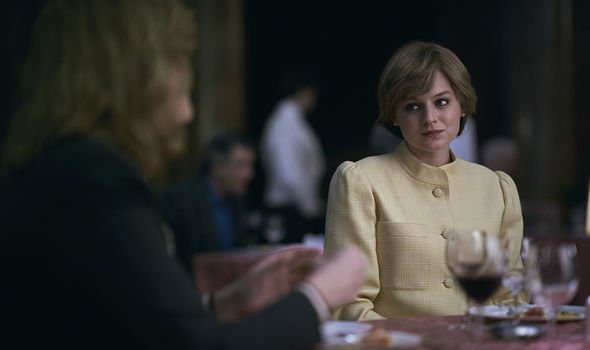 Her eating disorder was not fully addressed until she shared a series of tapes with author Andrew Morton, who published a book called Diana: Her True Story, in the early 90s.

She mentioned how her husband had made remarks about her being “a bit chubby”, and she was still hurt by his relationship with Camilla.

Articles from the time of their marriage also indicated their wedding could have acted as a trigger for the eating disorder.

In 1995 she took part in an interview in which she called bulimia “a secret disease”. She said: “You inflict it upon yourself because your self-esteem is at a low ebb, and you don’t think you’re worthy or valuable.”

No-one within the Royal family knew about her struggle, and she said she was able to hide it as her weight remained the same. 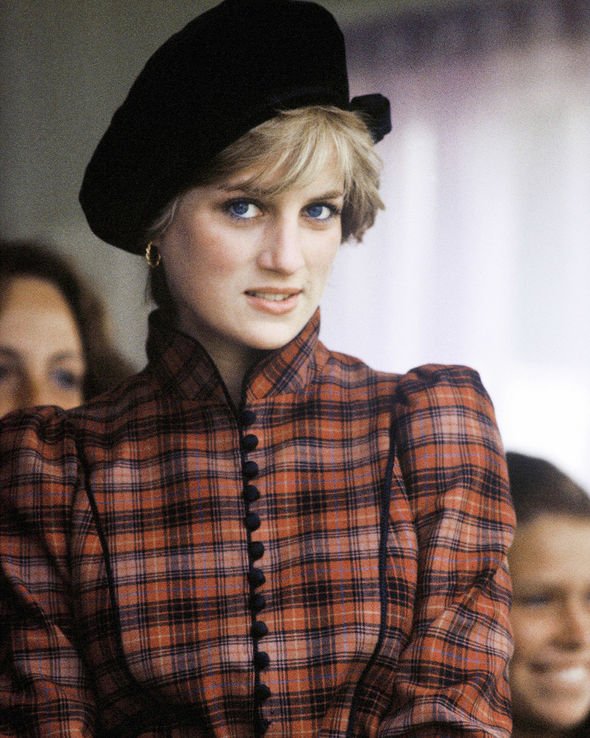 Actress Corrin worked with the creators of the series in order to address Diana’s eating disorder in a sensitive, yet poignant way.

The scenes in the series can be considered to be graphic, but Corrin explained how she wanted viewers to experience exactly what she went through.

Diana was known to have struggled with being in the media spotlight, and she felt she was not the right person for Charles in the long run.

Wanting to properly present her internal battle in an appropriate way, Corrin worked with the eating disorder awareness charity, Beat, to come up with a suitable storyline.

Speaking about how Diana coped with integrating into the Royal family, she said: “When it comes to her being plucked out of her normal life, without her best mates

in her flat and taken to the Palace, suddenly she’s intimidated and almost the lack of warmth of the Firm hits her.”

Throughout the early episodes, Diana soon realises that her in-laws are interested in the reputation she bestows upon them, rather than her as an individual.

A news report on YouTube from 1993 shows Diana giving a speech on coping with eating disorders and although she did not address her personal experience, she said: “I have it on very good authority that the quest for perfection our society demands can leave the individual gasping for breath at every turn.

“This pressure, inevitably, extends into the way we look. Eating disorders, whether it be anorexia or bulimia, show how an individual can turn the nourishment of the body into a painful attack on themselves. And they have, at their core, a far deeper problem than mere vanity.”

Viewers praised the princess for speaking candidly about such a taboo topic, with one saying: “Beautiful. Absolutely gorgeous. Clearly spoken from true experience.

“I cried so much when she spoke of how she felt when was bulimic, how she felt she wasn’t valuable or worthy, when we know she was one of the most amazing people to ever walk this planet.”

Another said: “I remember when she gave this speech. It brought a very serious problem to the forefront so healing could begin on a global level. She did so much good in the world.”

The Crown season 4 is on Netflix now