Despite its poor reception at the time, not everyone was left scathed by the film, particularly Johnson, who showed considerable range as Boxer Santaros, who finds himself at the center of overlapping conspiracy theories. Leading up to the film, the former WWE star was mostly known for The Scorpion King and other action films.

“There’s so many more layers than just Boxer being an action hero who has amnesia. He’s a paranoid schizophrenic. He foresees the future. He knows the world is going to end,” Johnson told ET about the role in 2006, adding that he felt “fortunate” to get to work with Kelly, “someone who was challenging, ambitious and wanted to take risks.”

Now, 15 years later, Kelly is finally releasing the controversial “Cannes cut” on a special edition Blu-ray, which features 20 extra minutes not seen in the subsequent theatrical run. Speaking with ET, the director looks back on Johnson’s unexpected performance and explains why the film is worth rewatching now. 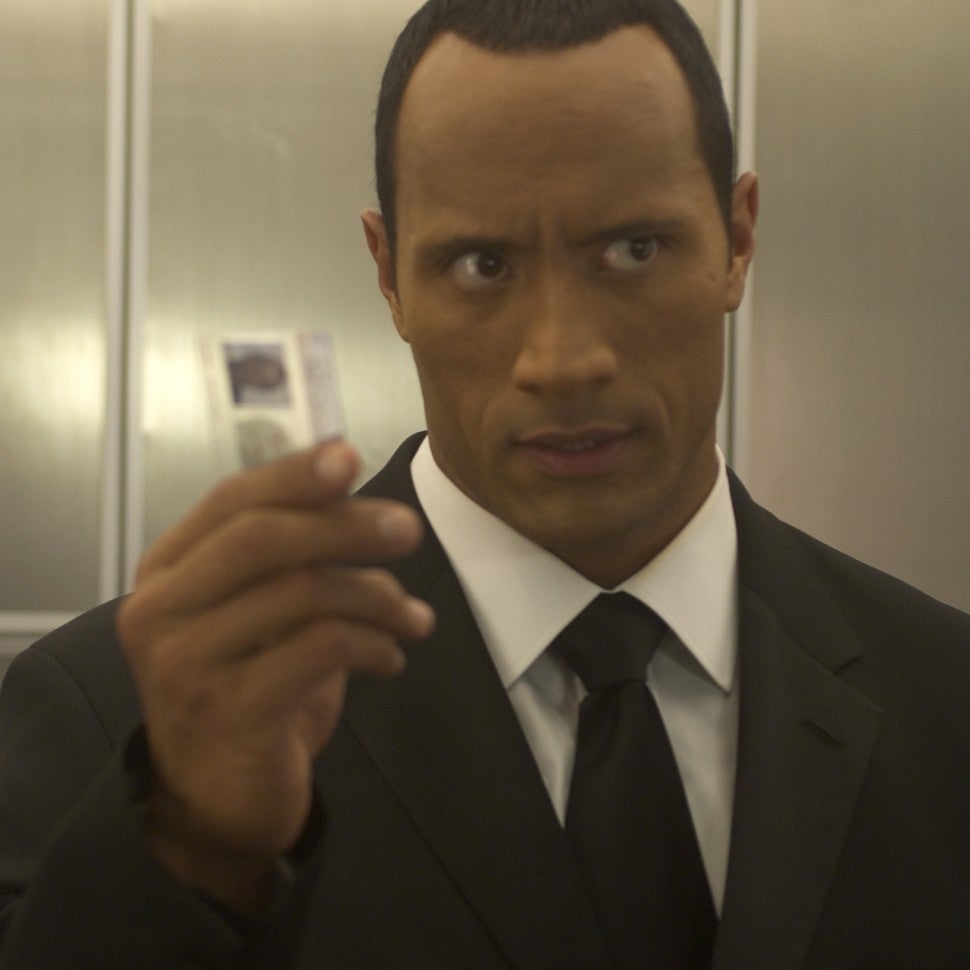 “What this business does to actors, it puts you in a box,” Kelly says, revealing that many of his casting choices, which also included Amy Poehler, Jon Lovitz and Justin Timberlake, were about making unconventional choices. “So, it was just so much fun getting to work with all of these actors, especially Dwayne. He’s so funny. He has such great comedic timing, and there’s so many little nuances and little subtle things that he does all throughout the film that are so fun to watch.”

Knowing what Johnson was capable of doing from inside a ring (“He’s a precision acrobat”), Kelly was excited to “liberate” him as a performer. “I just wanted to keep giving him all these intricacies to play in,” he recalls, adding, “It’s a real pleasure to have someone who’s not only capable, but also excited to take risks. That was just a real joy for me.”

When it came to working with Johnson on set, Kelly compares it to the experience he had with Gyllenhaal a few years prior while filming Donnie Darko. “It’s a roller-coaster ride that you’re navigating in terms of character … There’s a lot of gear shifts because of the performance,” he explains, recalling how “Dwayne wasn’t scared of doing those shifting of gears … He was like just an open book and that was so wonderful to see an actor who was just fearless.”

In addition to Johnson’s role being so rewatchable, the film itself surprisingly resonates with many of the events of the past four years despite being very much a reaction to a post-9/11 world that existed over a decade ago.

From Krysta’s media mogul plans to the rise of misguided, faith-based authoritarians and the exposing systemic racism in law enforcement, it feels very prophetic. Even just the presence of the military in Los Angeles, where the film is set, looks reminiscent of the Capitol.

“The politics and the religion and the dystopia explored in the film resonates today for reasons that I think are obvious, given everything that has transpired even before [Donald] Trump was elected,” Kelly says, adding that “we clearly look at the film through the Trump lens now.”

He adds that the rise of streaming platforms, particularly Netflix, has upended normal expectations of storytelling and has blurred the lines between what’s considered a film versus a television series. “Risks that we took 15 years ago are easier to digest now in a way. I think there were a lot of things about the film that were just completely alienating or somehow inaccessible to people when we first made the film,” Kelly says.

The director also notes that “people are more amenable to narrative experimentation and also the idea of long-form narrative stories that can be perhaps expanded into multiple films or into chapters that kind of bleed between how we define film and television.” And with Southland Tales’ rerelease, Kelly hopes the film will finally resonate in a way it couldn’t have before.