Doctor Who has many iconic episodes that have stuck with fans throughout the course of the long-running BBC franchise, but there’s one that’s particularly notable, especially the reason behind its title.

“The Eleventh Hour” is the first episode of the fifth series in the BBC reboot, and its name couldn’t be more fitting.

In fact, it’s about as fitting as episode titles get.

In this particular episode, the Eleventh Doctor (played by Matt Smith) crashes the TARDIS into the small English village of Leadworth, where he befriends a young Amelia Pond (Caitlin Blackwood).

The Doctor is forced to leave, but promises her he will return in five minutes. 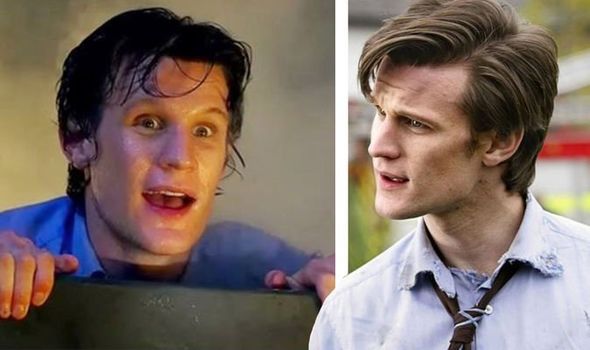 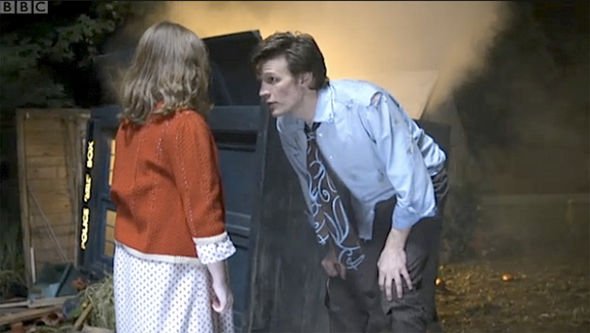 Instead, he accidentally returns 12-years-later and Amelia, who now goes by the name of Amy (Karen Gillan), is all grown up and doesn’t trust him.

He uses his advanced – and quite frankly brilliant – knowledge of time travel to win her around and gain her confidence, as he enlists her to help him return the shape-shifting alien Prisoner Zero to the galactic police before they destroy the Earth.

They save the day at the last minute, or at the eleventh hour, and it’s also the first hour of the Eleventh Doctor’s life.

All makes sense now, doesn’t it?

Other names were considered but they didn’t have the same ring.

During his commentary on the episode, screenwriter Steven Moffat admitted that he had originally called it “The Doctor Returns”, because he does… just that.

But the added mystery of “The Eleventh Hour” rang loud and true.

Moffat also revealed a pivotal scene in the episode that was almost cut completely.

The scene now known as the “Apple scene”, portrays The Doctor persuading Amy that he is in fact real and not a figment of her imagination like she first thought.

He produces an apple she had given him when they first met when she was seven-years-old which ultimately changes her mind.

The “unique” exchange had a kind of magic to it that even Moffat couldn’t deny, despite having recorded another version of the episode without the scene in to trial with viewers, but in the end chose the former.

His decision came after realising there was a similar series of dialogue earlier in the episode and the creator worried that fans would have repeat emotions.

But in the Whoniverse, nothing’s ever the same.

In the end, he decided to bin the earlier dialogue so that viewers could experience the moment between The Doctor and his soon-to-be sidekick.

Doctor Who is available to watch on BBC iPlayer now.