DR Ranj left a mum-of-three on Extreme Food Phobics SHAKING with his brutal response to her terrible diet.

Rebekah, 29, admitted on the W series that she lives on sweets, crisps and fizzy energy drinks due to her fear of meat and vegetables. 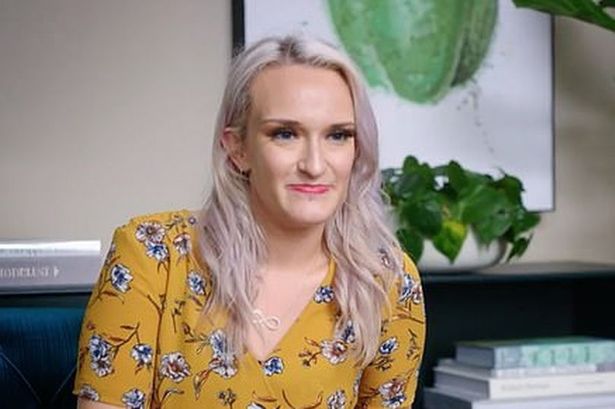 The mum-of-three admitted she hasn't eaten either food group since she was a child, and it means she cannot go out for dinner with friends or on dates.

However, her biggest incentive to change her ways is seeing how her food habits have started to be picked up by her own children.

She said: "I have a really bad relationship with food and I don’t go out for food with friends.

“Dating is really hard because I don’t go to restaurants and it’s starting to rub off on my children, so I have to buck up my ideas and do better.

"I will cook meals for the kids and stand next to them just snacking. Just because I never crave anything or fancy anything, unless it is sweets or puddings.”

Rebekah also explained how she has a mysterious late night eating habit which started after she had her children.

She told Dr Ranj how she would wake up in the night with crisps and chocolate all over her face.

She said: "I need to do something about it now because obviously my children are starting to notice and I don’t want them to go down the same route I am, where they’re scared of certain foods and trying things,' said the mother.

"I want them to grow up healthy. It would be so much better if I could eat variety of things."

Dr Ranj told her the items she lived on contributed to her low mood, before recommending aversion therapy.

This was a brutal stage for Rebekah, who was confronted by a room full of raw meat and burgers.

She managed to hold a burger in the room but said: "It just looks like a bloody animal which freaks me out, it just looks disgusting.

After further therapy, the show returned to Rebekah four weeks on and she was thrilled to be able to sit and eat the same things as her children.