Season 29 of Dancing With the Stars is looking pretty darn good if you ask me. I mean, hello—the cast is STACKED. The one and only Tyra Banks is hosting this season, plus there’s an interesting mixed bag of celebrities who will compete for the coveted Mirrorball Trophy. We’ve got Carole Baskin, Kaitlyn Bristowe, AJ McLean of the Backstreet Boys, and sooo many others joining. But there’s one familiar face that might not be returning this year—judge Len Goodman. 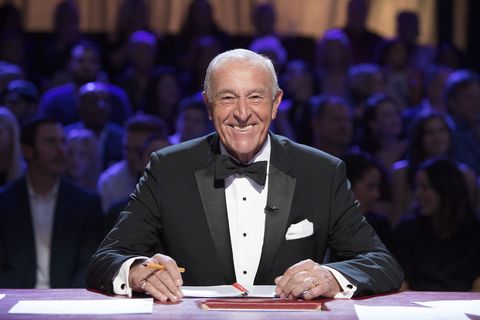 In an interview with Entertainment Tonight, Tyra confirmed that Carrie Ann Inaba and Bruno Tonioli are coming back to fill their usual judges’ roles, but things are still up in the air with Len Goodman’s in-person return.

While Len’s status on the show is still TBD, it sounds like former DWTS pro dancer Derek Hough will be returning to the show. No word yet on what that will look like, but filling a judge’s role seems totally possible for him! “Derek is coming back in a very interesting way,” Tyra added. “I am very excited about that because I know Derek and he’s fun. But you just gonna have to wait and see how he’s coming back. You’ll know next week!”

Reminder: This season of DWTS already lost two people part of previous casts. Pro dancers Lindsay Arnold and Witney Carson would have returned this season, but they’re both pregnant!

Thank you so much for all the amazing love for this little baby! We are so grateful ❤️ #15weekspregnant

Keep your fingers crossed for Len’s return as the show truly wouldn’t be the same without him!