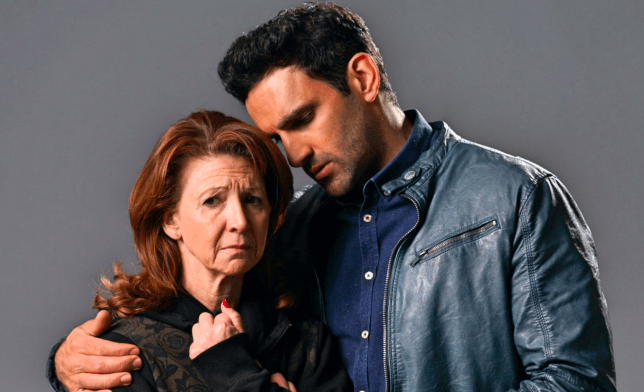 Bonnie Langford will not be reprising her role of Carmel Kazemi in the wake of Kush’s (Davood Ghadami) death, EastEnders has seemingly confirmed.

The young man had decided to leave Walford, and start a new life elsewhere with fiancee Whitney Dean (Shona McGarty).

Gray Atkins (Toby-Alexander Smith), however, refused to let such a thing happen and subsequently confronted Kush at the Tube station.

The killer lunged at his adversary, but ultimately found himself on the tracks. Kush came to the rescue, and pulled Gray back to safety.

Gray, having spied an opportunity to eliminate his problem, then pushed Kush onto the track, and ultimately he collided with the oncoming train.

In the wake of the young man’s death – which viewers branded ‘sickening’ – fans have been wondering if we might see his mum Carmel back in Walford for the funeral.

Tonight’s edition of The BBC One soap, however, revealed that not only will Carmel not be returning, but that Kush’s body will be moved to Dubai, where he’ll be laid to rest – which likely means that his funeral will take place off-screen.

‘Once they realise Kush’s body, he’ll be moved to Dubai.

‘It’s not you, Whit. It’s Walford. She can’t come back here. Not after Shaki, now Kush.’

EastEnders continues Friday April 23 at 8:35pm on BBC One.