Bernie Taylor (played by Clair Norris) is determined to be Rainie (Tanya Franks) and Stuart Highway’s (Ricky Champ) surrogate despite the couple turning her down in EastEnders. Bernie decides to prove to the couple she can lose weight and give herself the best chance of falling pregnant but will she find herself in hospital after pushing herself too far?

In upcoming scenes, Rainie and Stuart head to the police station as they continue to worry about baby Abi. 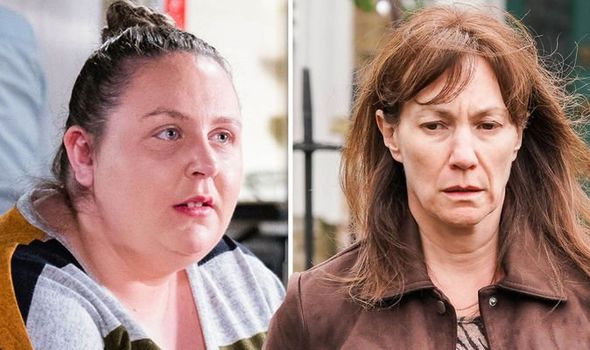 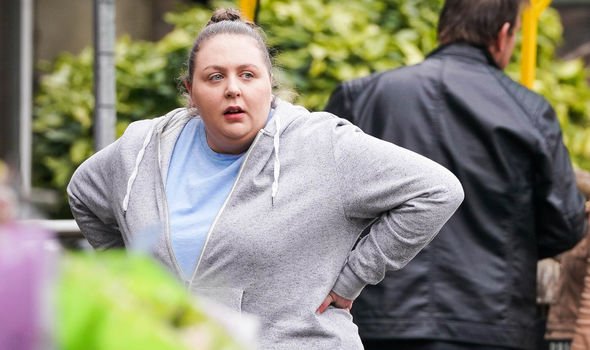 Karen and Tiffany struggle to concentrate forcing Bernie to ask the pair to leave.

Bernie bumps into Rainie and exaggerates how much weight she’s lost which excites the broody undertaker.

Elsewhere, Keegan is shortlisted for the competition and is invited for a photo shoot.

Tiffany opens up to her husband about her hopes for the future and suggests they set up a social page as a couple. 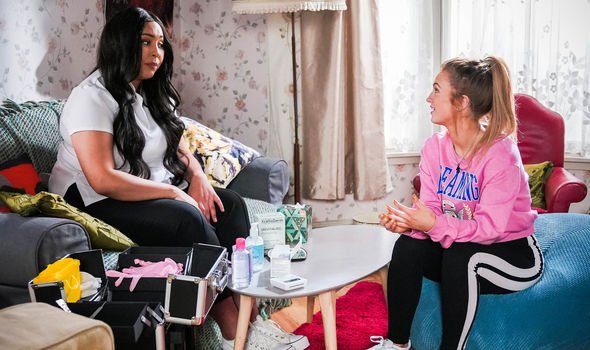 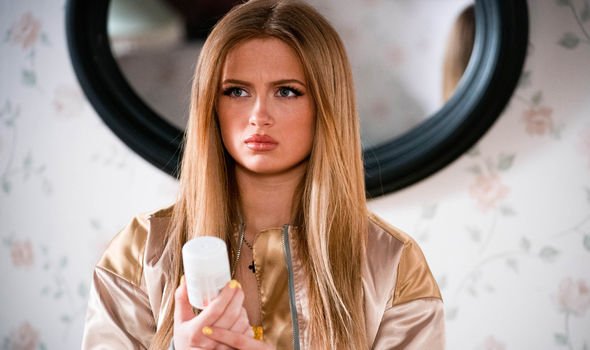 Keegan’s thrilled with the idea and promises her she’ll feature in the competition article as she’s his inspiration.

Later, the sandwich business owner realises his wife has been left out of the article and tries to hide it from her.

When she spots the omission she tries to hide her disappointment and reiterates how proud she is of Keegan.

At college, Tiffany is encouraged to sell beauty products and diet pills.

The beauty student agrees but isn’t happy when Bernie offers to buy some of the pills.

She refuses but Bernie opens up about her plans to be Rainie and Stuart’s surrogate.

Tiffany’s gobsmacked but promises to keep her secret and reluctantly agrees to sell her some diet pills.

However, these pills may be dangerous and Tiffany’s classmate may have sold them on as a way of getting rid of them.

Will Bernie end up hospitalised as a drive to lose weight and go through with the surrogacy consumes her?

Commenting on the storyline, EastEnders fans fear Bernie is pushing herself too hard.

One tweeted: “I really don’t like where they’re heading with Bernie #EastEnders.”

“Don’t push yourself too hard Bernie when you don’t need to #EastEnders,” another said.

“Bernie is determined to help her family #EastEnders,” a third added.

Someone else wrote: “I think Bernie having Rainie and Stu’s baby is a bad idea! I understand she means well and wants to help her family out. But I dunno it just seems rushed and not thought through enough. #EastEnders.”

EastEnders continues on BBC One on Thursday at 7.35pm.