Ian Beale (played by Adam Woodyatt) has burnt a few bridges in EastEnders recently as he scrabbles to make a success of his Queen Vic investment. However, as the businessman continues to upset his neighbours, BBC soap fans are convinced one of them will be driven to violence in a whodunnit Christmas plot.

Ian reluctantly agreed but was furious when Mick accidentally broke an expensive bottle of alcohol.

The Queen Vic owner erupted as he made it clear he’d given Mick the shift as a favour to Tina.

Mick was horrified by Tina’s actions but later thanks his aunt for trying to help. 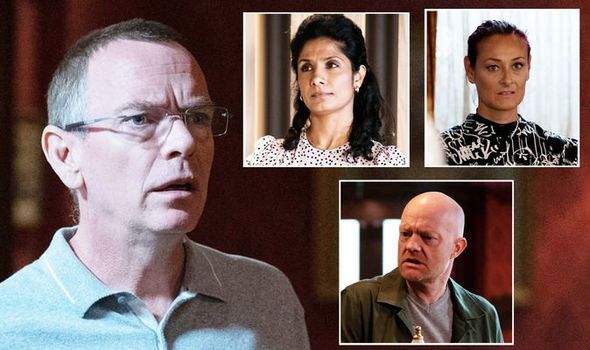 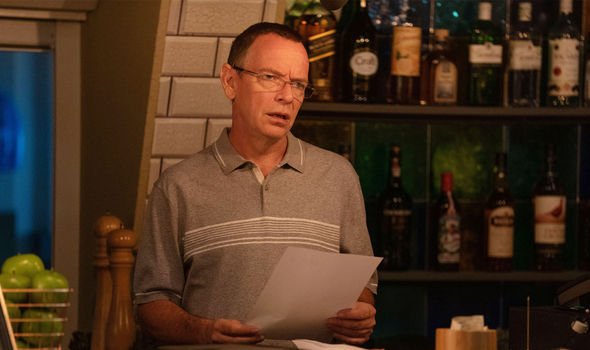 After the pair, who were brought up as siblings, shared a heart-to-heart, fans noticed Tina wasn’t happy with Ian.

The Prince Albert manager looked incandescent as she stared at Ian from afar.

Meanwhile, Ian is living at the Queen Vic after being kicked out of his house by Kathy Beale (Gillian Taylforth).

Kathy was livid when she discovered her son had forged her signature and remortgaged her cafe. 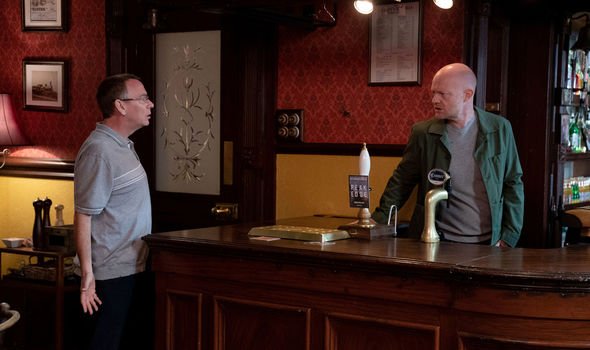 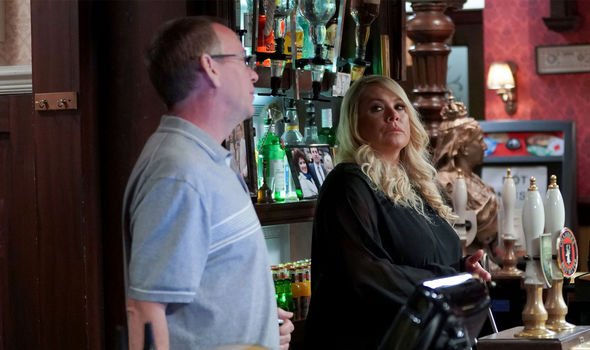 Elsewhere, official soap spoilers have confirmed Ian will team up with Suki Panesar (Balvinder Sopal) to take down the Slaters.

Suki is determined to turn the Slaters’ house into flats and enlists Ian in her sinister plan.

Ian is no stranger to making enemies but his recent activity could lead to one of his neighbours losing their temper and attacking the businessman.

One said: “Look’s like wolves are lining up to pounce on Ian Beale. This so setting up for a, ‘Who attacked Ian Beale?’ Christmas Storyline. #Eastenders @bbceastenders.”

The fan later added: “He’s not short of suspects – Dotty, Kathy, Peter, Bobby, Tina, Sharon, maybe Suki and the Panesars, one of the Slaters. Potentially half of the square is after his blood #Eastenders @bbceastenders.”

“NOT TINA POSSIBLY BEING THE ATTACKER I’M WEEING MYSELF #EastEnders,” a third wrote.

Someone else said: “We’re getting an Ian whodunnit, don’t we?#EastEnders.”

“I predict that all this is leading up to the Christmas episode where the whole squad bands together to burn Ian in a giant wicker man,” another added.

“Have a flashback episode on Christmas Day that’s just everyone kicking the s*** out of Ian. With Sharon and Max coming back multiple times. #EastEnders,” a sixth said.

EastEnders continues on BBC One on Friday at 8pm.