Kat’s (played by Jessie Wallace) argument with Phil (Steve McFadden) was the catalyst behind her cousin Stacey Fowler (Lacey Turner) hitting the ruthless EastEnders bad boy round the head with a wrench and leaving him for dead.

Having walked in moments after the confrontation, Ben (Max Bowden) has been doing his best to pin the blame on Keanu (Danny Walters) after telling the Slaters he would deal with the fallout.

With Stacey and her husband Martin Fowler (James Bye) now out the picture after leaving the Square and Phil on life support, Ben head to try even harder in tonight’s instalment of the BBC soap to make the police and the rest of Walford believe Keanu was guilty.

The end of the episode saw Ben break under the pressure of his loved ones believing he could have put his father in hospital by turning up at Phil’s bedside to finish what Stacey started, but he could be setting up a plan to leave Kat in the frame.

Spoilers for upcoming episodes seem to suggest Phil’s life on the Square isn’t over just yet, but it doesn’t mean Ben’s actions at the end of the tonight’s episode could deteriorate his father’s condition.

Wanting to see his daughter Lexi Pearce (Isabella Brown) grow up, Ben may have been wanting to give the police further motive to investigate Keanu after he was released by the authorities.

Little does Ben know, Keanu was being arrested at the time he was paying a visit to his ailing father as Kat had managed to manipulate boyfriend Kush Kazemi (Davood Ghadami) into wearing Keanu’s case of innocence.

Worried he can’t pin the blame on Keanu, Ben could turn his attentions to Kat as Stacey is no longer on the Square as earlier in the episode, she uncovered his plan to put the mechanic in the frame.

After being present at Kush’s questioning by the police, Kat asked Ben: “Why didn’t you call the police and what’s all this about Keanu did it?”

Ben replied: “Don’t look a gift horse in the mouth. Keep it shut and you’ll be fine,” becoming increasingly frustrated with Kat. 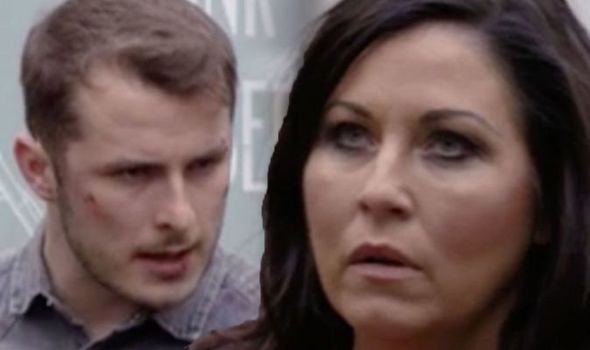 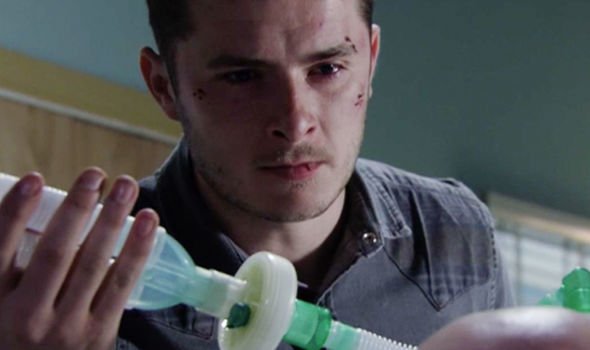 “What happens if Phil comes round and tells the truth?” Kat enquired, to which Ben answered: “Ain’t going to come to that.”

“When you told us to leg it, I looked back and saw you standing over him,” Kat began.

“After everything your dad’s done to you, I would’t blame you for wanting to finish him off. Is that what you want? You want Phil dead?” Kat asked the troubled character.

Ben walked off as it seemed Kate had touched a nerve but could her constant questioning leave her regretting winding up the Walford bad boy.

The young Mitchell bad boy was seething his father replaced his son in his will for Keanu as he is the father of daughter Louise Mitchell’s (Tilly Keeper) baby. 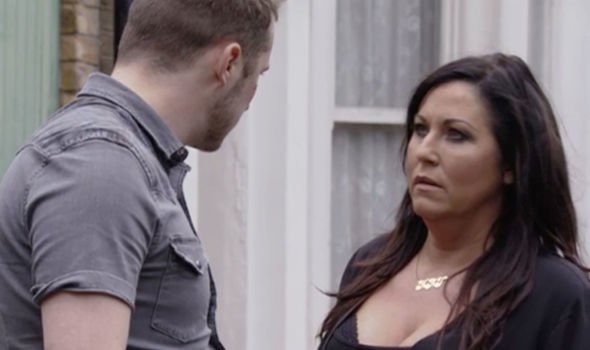 However, with Keanu having an alibi to his whereabouts when Ben was at the hospital, will the Mitchell bad boy turn on Kat?

Elsewhere on the Square, it seems one of Phil’s enemies, Vincent Hubbard (Richard Blackwood) could be about to make a return to Walford.

Vincent was last seen being held a gunpoint after crossing Phil by being an informant for the police regarding last year’s New Year’s Day heist.

Actor Richard Blackwood, 47, dropped a huge hint for a possible comeback after posting a picture of his character with Vincent’s wife Kim Hubbard (Tameka Empson) on his Instagram.

Could Vincent finally return to Walford alongside his wife after Kim recently left the Square for an extended break in Scotland?

EastEnders continues Tuesday at 7.30pm on BBC One.