EastEnders viewers will be happy to know Tameka Empson will be making her big return to the show, reprising her role as the sassy, no-nonsense Kim Fox. She has played Denise’s (Diane Parish) sister since 2009, but took a break from the show last year.

Fans knew it wouldn’t be long before she made a splash back in Walford, as she was written out to take a job in Scotland.

Who knows how that worked out, but if she’s moving back to Albert Square we can only assume the worst.

This Morning’s Sharon Marshall dropped the bombshell on Tuesday morning: “The great news is that Tameka is going to be back filming soon,” she said.

“I don’t think she’s been on the set since last year, and I’ve really missed the sisterly relationship between Denise and Kim.”

And it seems she isn’t the only one, as fans shared their excitement that their favourite would be making a comeback. 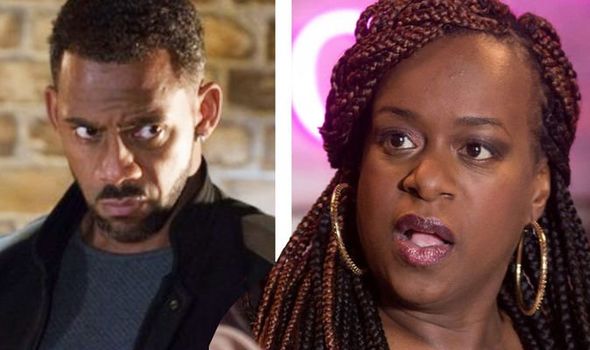 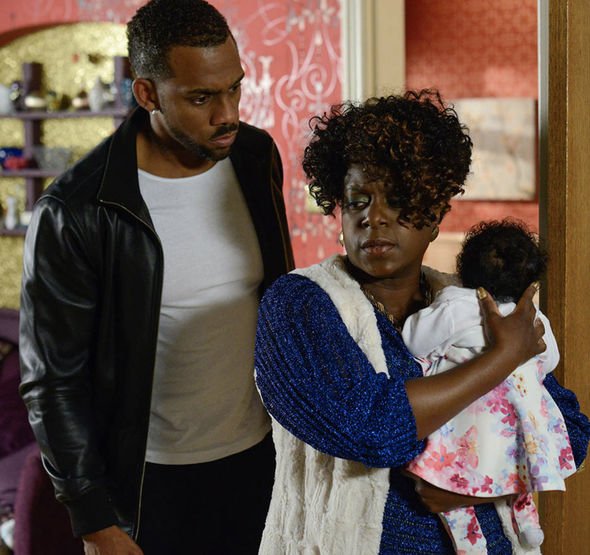 Taking to Twitter, one said: “Ahhhh finally!! Can’t wait for Kim to come back eastenders isn’t the same without her.”

“Yay! Love her,” another agreed.

“Kim Fox is for sure one of the top 3 funniest characters ever,” said a third.

But while Kim is set to make a return when EastEnders resumes it’s rightful place on our screens, it begs the question as to whether her husband Vincent Hubbard (Richard Blackwood) will be with her.

Previously, fans have accused BBC bosses of “forgetting about” him after he was kidnapped last year. 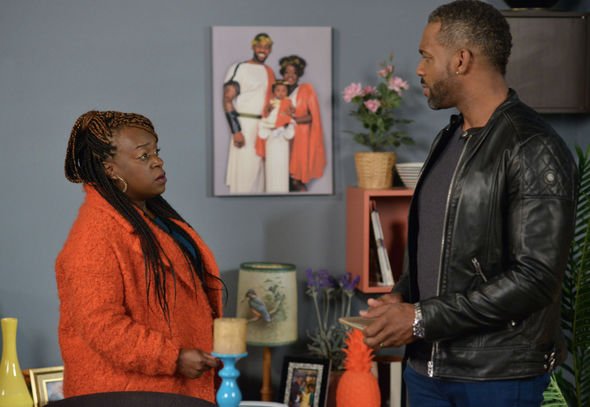 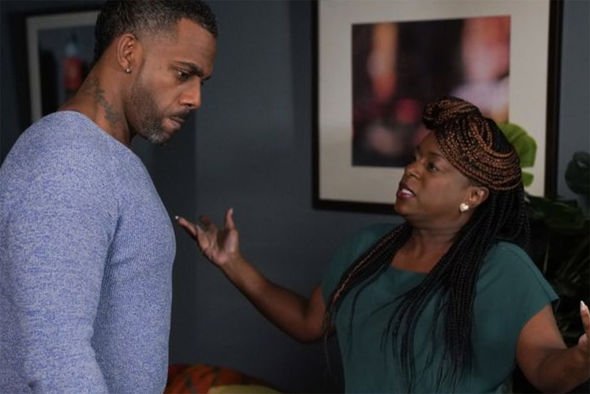 Richard was a regular member of the cast for three years from 2015 until 2018, but we never found out what actually happened to him.

He was last seen with a gun pointed to his head by fake cop DI Alsworth (Nik Drake) in April last year and we all feared the worst.

But we never saw the troubled character die and in soapland that usually means they’re still alive.

He gave evidence to the DI that Irish gangster Aidan was behind the robbery and that infamous dodgy businessman Phil, also played a vital role in what went down.

But it all went south for Vincent as he paid the ultimate price for turning a snitch.

As he was hightailed out of Walford in the back of a van, Phil watched on ominously before speaking into his phone and saying: “Nothing too strong, just scare him, yeah?”

Begging for his life, he promised he wouldn’t rat anyone out but what happened next was left to our imagination.

Did he manage to get himself out of the terrifying situation?

He never told Kim where he was going, so she must be still wondering where he is if they haven’t already reunited.

Speaking of his exit scenes, Richard told the Radio Times he was happy with the plot.

He said: “I think it’s left to be open. I’m cool with whichever way they want to play it. I like that it’s played that you just don’t know. The audience have to make up their own mind. I like that.”

While EastEnders is off air due to the coronavirus lockdown, BBC have been airing their hit gossip replacement Secrets From The Square, where the cast spill their backstage secrets and reminisce on times over the soap’s 30 years.

Next Monday, Diane Parish who plays Denise Fox, will be appearing alongside Tameka to give fans the run down of their turbulent relationship and what’s in store for the Fox family in the future when Kim finally returns.

EastEnders: Secrets from the Square continues next Monday at 8pm on BBC One.