EastEnders: Rainie agrees to let Bernie be her surrogate

Eastenders fans are expecting to see a wedding in an upcoming episode of the BBC soap. Ben Mitchell (played by Max Bowden) and Callum Highway (Tony Clay) are set to marry, but unbeknown to Ben’s dad Phil Mitchell (Steve McFadden), Callum has been working undercover to bring him down. Will Phil discover the secrets of his potential son-in-law before the big day? And could Phil stop the wedding before it goes ahead?

Eastenders fans are itching to see what will happen in the upcoming wedding episode.

Ben and Callum are set to tie the knot, but Phil could stop them in their tracks when he discovers Callum’s big secret.

What Phil doesn’t know is that for a long time Callum has secretly been working undercover to bring him down.

And if Phil finds out the truth he could give Ben an ultimatum; marry Callum and he becomes a Mitchell outcast, or stick by his family and prove he knows what loyalty is.

Pre-wedding jitters will be at an all-time high on the big day as Callum is set to wake up facing the very real possibility Ben won’t show up. 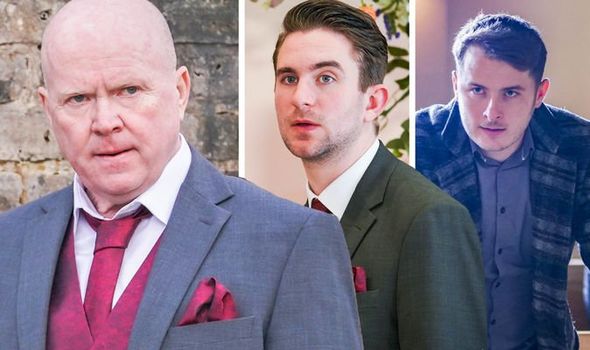 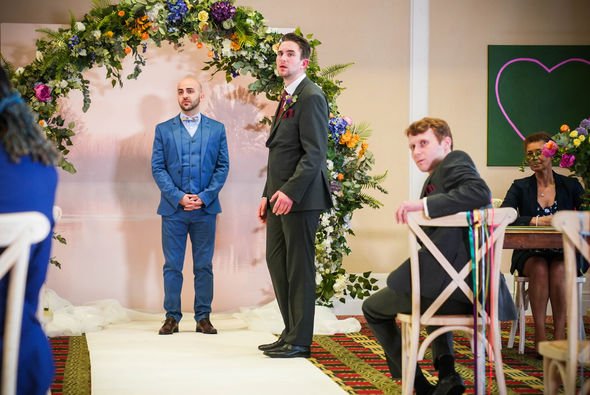 The question on many viewers minds is: will Ben be there at the alter?

If he is a no show, this will surely cause a commotion among the wedding guests, who are set to gatherer at the famous Queen Vic.

News of Ben’s intentions will reach Callum, Stuart (Ricky Champ) and Vi (Gwen Taylor) and a search is on to find the missing groom.

Phil finds Ben first – in the Arches and asks him why he isn’t at the wedding.

When Ben mutters something about his groom-to-be, his father asks him what Callum has done to deserve being jilted. But, will Ben admit the truth? 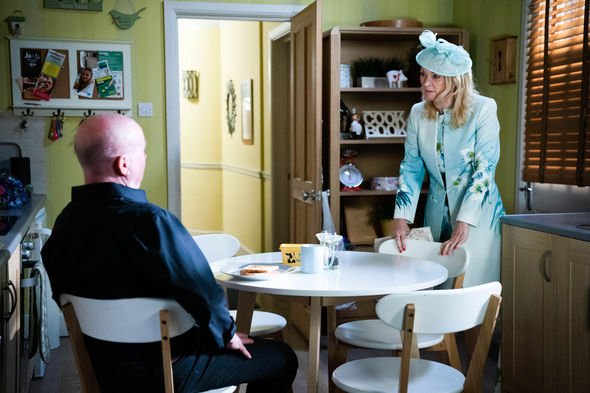 Should Ben admit Callum has not only betrayed him, but their family, and by Ben keeping his secret, he is also betraying his family, there will be hell to pay and the wedding day could be halted altogether.

But Ben proves he is a real Mitchell and confides in his father, explaining how Callum has been double-crossing them.

EastEnders fans will see Phil’s blood boil and he is intent on having a word with Callum – but what’s his advice for his son?

Max Bowden, who plays Ben, recently opened up about his character’s storyline, explaining how he felt when he discovered what Callum was hiding.

The actor revealed: “The stakes are high and there’s a lot on the line.

“He’s incredibly lost at this point. Everything he thought he knew has been thrown into the balance.

“They’re supposed to be getting married so he is so confused,” Max added.

As for how Callum is feeling, Tony Clay who plays the police officer also weighed in with his thoughts on the relationship.

He said: “I think that in his heart of hearts, he thinks they have been through so much together, they can get through anything. He genuinely believes love can overcome everything

“He feels so strongly towards Ben, he knows it’s meant to be.

“That’s all he’s focused on – he doesn’t care about Phil, let’s just crack on, you and us against the world,” the actor told Metro.co.uk.

And EastEnders fans have also waded in on the upcoming wedding and the current storyline.

Taking to Twitter, one said: “Ben saying he’s changed since having Callum in his life!! … he hasn’t changed at all #EastEnders.”

“I just watched EastEnders. My heart! Max and Tony are incredible actors and they work so well together! I love Violet already, she’s hilarious! Poor Ben was so nervous bless him!” Another wrote.

A third added: “Ben and his family are criminals and Callum is a cop, what could go wrong?”

Someone else mentioned: “#EastEnders I do feel for Callum though as really he is a good guy he’s just gets strung along to easily and has to suffer as a result of his BF’s dark way of life. This is why Ben and Callum were not suited because Ben’s a Mitchall and Callum works in the police.”

EastEnders continues on Tuesday at 8pm on BBC One.