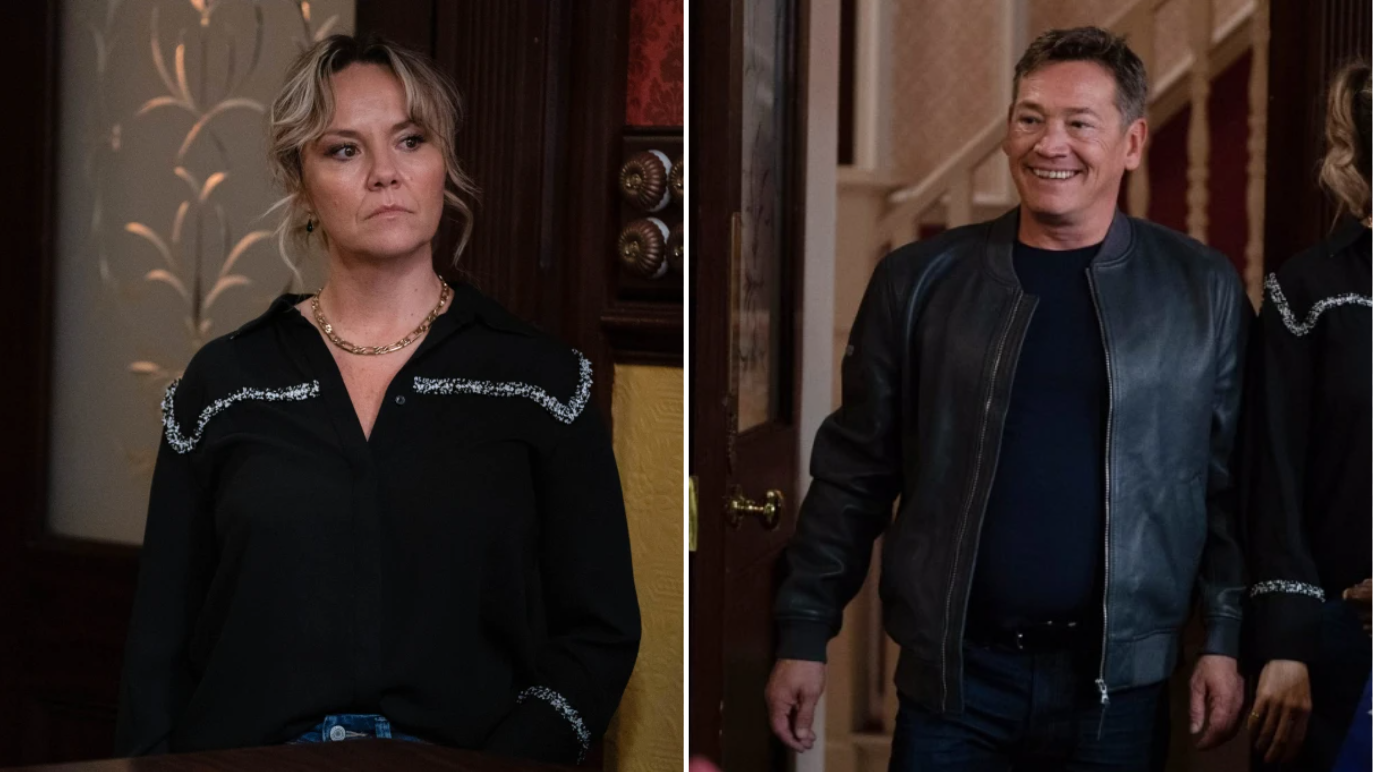 Many relatives would welcome their visiting brother back with open arms, but EastEnders villain Janine Butcher (Charlie Brooks) is already scheming after being reunited with Ricky (Sid Owen).

Ricky is understandably wary given Janine’s history, but ultimately he is protective of his sister, and resolves to ensure that Mick Carter (Danny Dyer) is serious about her.

Already suspicious of Mick’s feelings for Linda (Kellie Bright) – and let’s face it, she has every right to be dubious there – Janine wants to use Ricky to effectively spy for her.

‘Janine wants to make her stamp with her family on the relationship. Mick has got so much family on his side, so I think it’s important to Janine that he and Ricky connect, Charlie explained.

‘And also, I think the dark side of Janine wants to use Ricky now and manipulate him into keeping an eye on Mick and not letting him go off on his own.’

The actress has also indicated that her behaviour may end up with her losing Ricky’s support too.

‘He’s basically the only family she’s got. There’s Diane and Claire, who she can’t rely on for one reason or another now,’ she sighed.

‘Janine probably made a ton of drama when she went there after the death of her last husband.

‘So, I think it’s nice for Janine to have someone there who’s got her back, but whether he will always have her back, we’ll have to see.’

Ricky ends up sitting down with Mick and Janine, and he has no doubt in his mind that Janine has nothing to fear when it comes to Linda.

Then again, he hasn’t always been the sharpest tool in the box.

‘I think she so desperately wants to believe that nothing’s going on and that Mick adores her, and she says that quite openly,’ she said. ‘But I think you just know, don’t you? It’s deep-rooted.’

There is clear drama ahead, especially with Charlie due to depart her role as Janine in explosive circumstances.

And the star, whose latest stint has been 18 months, is delighted to have Sid back for the final chapter of her story.

‘Sid lives down the road for me, so we are sharing lifts. So on the practical level, it’s fantastic!’ she laughed.

‘Sid’s been there from day one for me since I came into EastEnders, so we’ve got a really close friendship. It’s really nice to have him back for me and especially for the audience.

‘I think it’s really nice to see old faces and the familiarity and safety that comes with that. It’s lovely for viewers, for Janine and for me as well.’