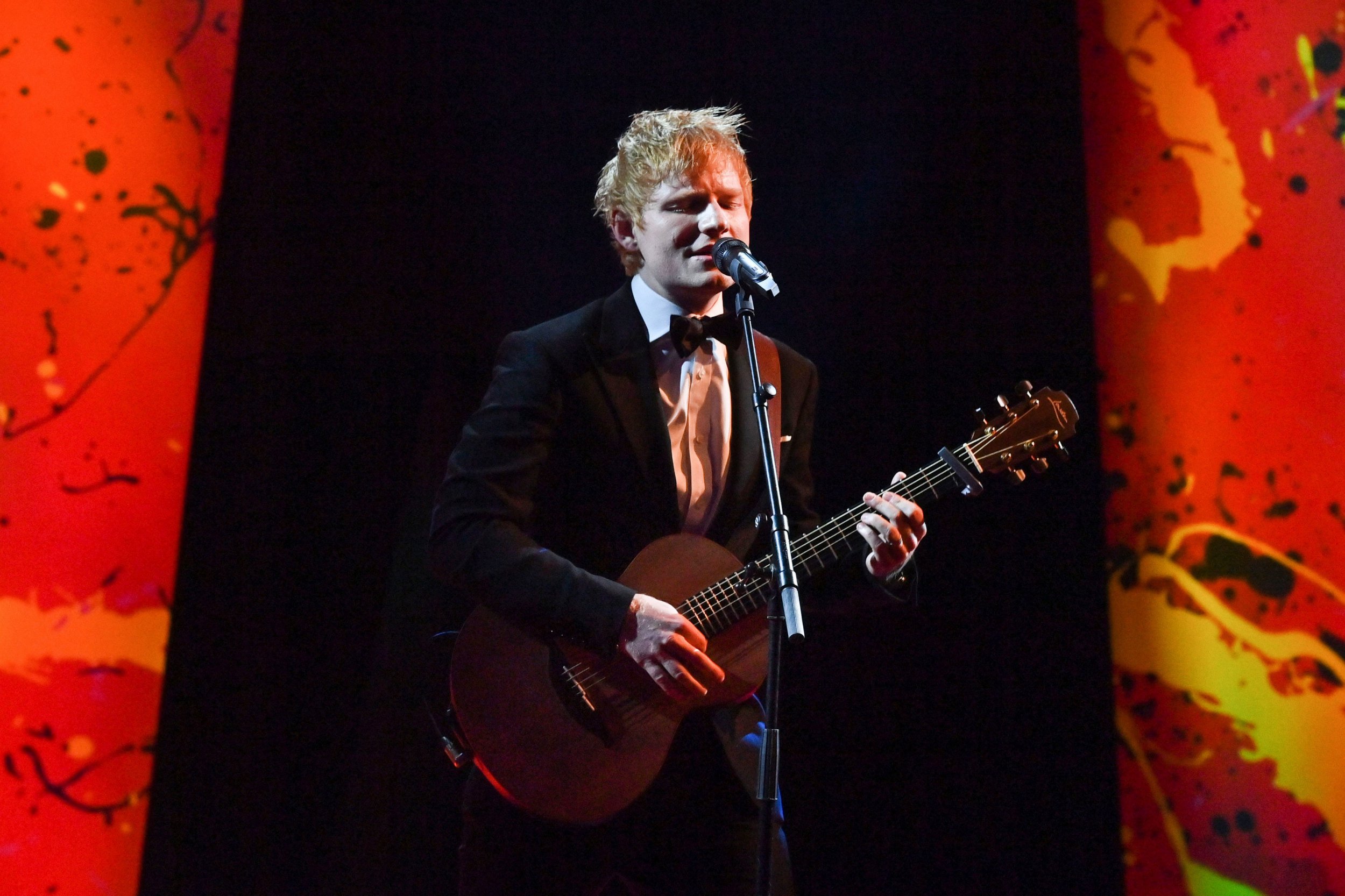 Ed Sheeran revealed there were ‘talks’ of him performing a James Bond theme song at one point, and hasn’t ruled out a future tune.

There have been some huge names on the soundtrack for the spy franchise in the past, with Adele and Sam Smith taking home Oscars for their respective hits, Skyfall and Writing’s On The Wall.

Madonna and Alicia Keys have also lent their vocals to previous Bond themes, with Billie Eilish releasing No Time To Die last year for the upcoming blockbuster.

Appearing on tonight’s episode of the Graham Norton Show, Ed performed new single Shivers for the cameras, and let slip that he may have been in line for a 007 song himself.

When questioned on whether he had ever been approached to compose a tune for the films, he said: ‘There was some talk but it moved in a different direction.

Seeing as Ed has broken chart records all over the place by spending an entire year at number one, there’s no denying that it would be a total banger.

Aside from a potential Bond bop, the dad-of-one has been very busy dropping a brand new album on us – and will be heading off on a huge tour next year.

He’ll be hitting up the UK, Ireland, central Europe and Scandinavia on the Mathematics tour, including three shows at Wembley Stadium next summer.

Tickets will be released on general sale on Saturday morning and can be found on his website.

Speaking about his future stint on the road during an interview on KISS Breakfast, Ed suggested that daughter Lyra could be joining him.

The Thinking Out Loud singer welcomed his first child with wife Cherry Seaborn last year, but has made sure to keep her out of the limelight so far.

Chatting about his tour, he sad: ‘You know I’ve got a long tour coming up so I think by the time that she’ll probably start primary school we’ll have been around the world like three or four times so I think it’s probably time to settle and have a normal childhood I think.’

The Graham Norton Show airs tonight, at 10.35pm on BBC One.