Game Of Thrones star Emilia Clarke has revealed ‘quite a bit’ of her brain is missing after she suffered two terrifying aneurysms.

The actress previously revealed she survived two brain aneurysms and surgery in 2011 and 2013 while filming the HBO series.

An aneurysm is a bulge in a blood vessel caused by a weakness in the blood vessel wall, usually where it branches.

The condition could have killed her, but thankfully she was able to recover and continue with the career that means so much to her. However, she’s still faced some scary long-term effects.

‘The amount of my brain that is no longer usable – it’s remarkable that I am able to speak, sometimes articulately, and live my life completely normally with absolutely no repercussions,’ the Daenerys Targaryen actress said.

Emilia, 35, added to BBC’s Sunday Morning after seeing a scan of her brain: ‘There’s quite a bit missing! Which always makes me laugh.

‘Because strokes, basically, as soon as any part of your brain doesn’t get blood for a second, it’s gone. And so the blood finds a different route to get around but then whatever bit it’s missing is therefore gone.’ 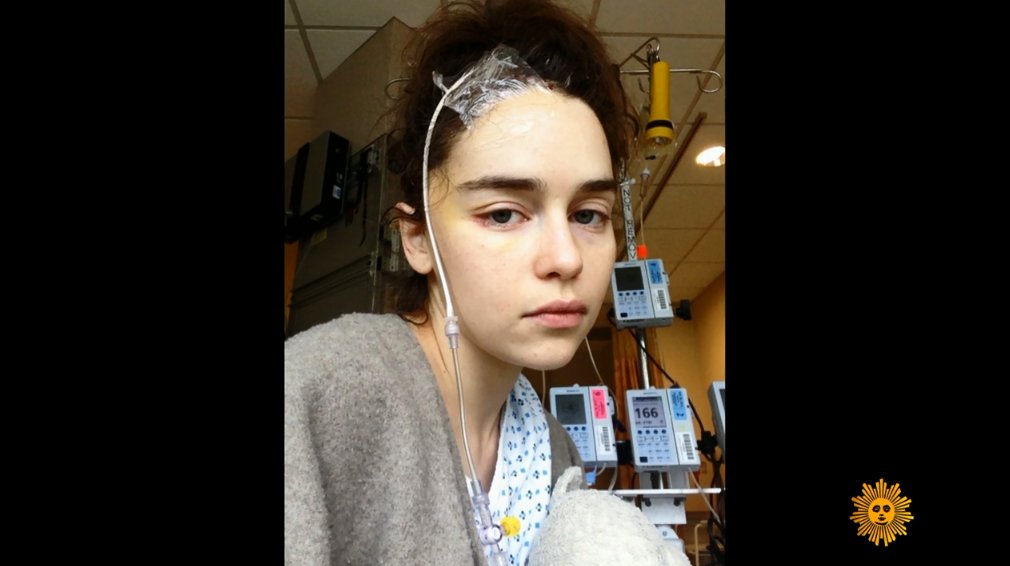 Emilia added that her memory is totally intact and that she’s able to perform in her new play, an adaptation of The Seagull, for two-and-a-half hours without missing a single line.

The actress first started having issues when she felt unwell during a training session in 2011, not long after season one wrapped.

She admitted that during season two, ‘every day I thought I was going to die’.

The actress would then undergo another grueling operation in 2013 – after finishing season three – which left her ‘screaming in pain’.

She told The New Yorker: ‘The procedure had failed. I had a massive bleed and the doctors made it plain that my chances of surviving were precarious if they didn’t operate again.

‘This time they needed to access my brain in the old-fashioned way—through my skull. And the operation had to happen immediately.’

Emilia revealed the recovery from the second operation was ‘more painful’ than after the first, and that she ’emerged…with a drain coming out of my head’. She still bears a scar running from her scalp to her ear from surgery.

Following her ordeal, Emilia launched a charity, SameYou, which aims to raise money for those recovering from brain surgeries and strokes.