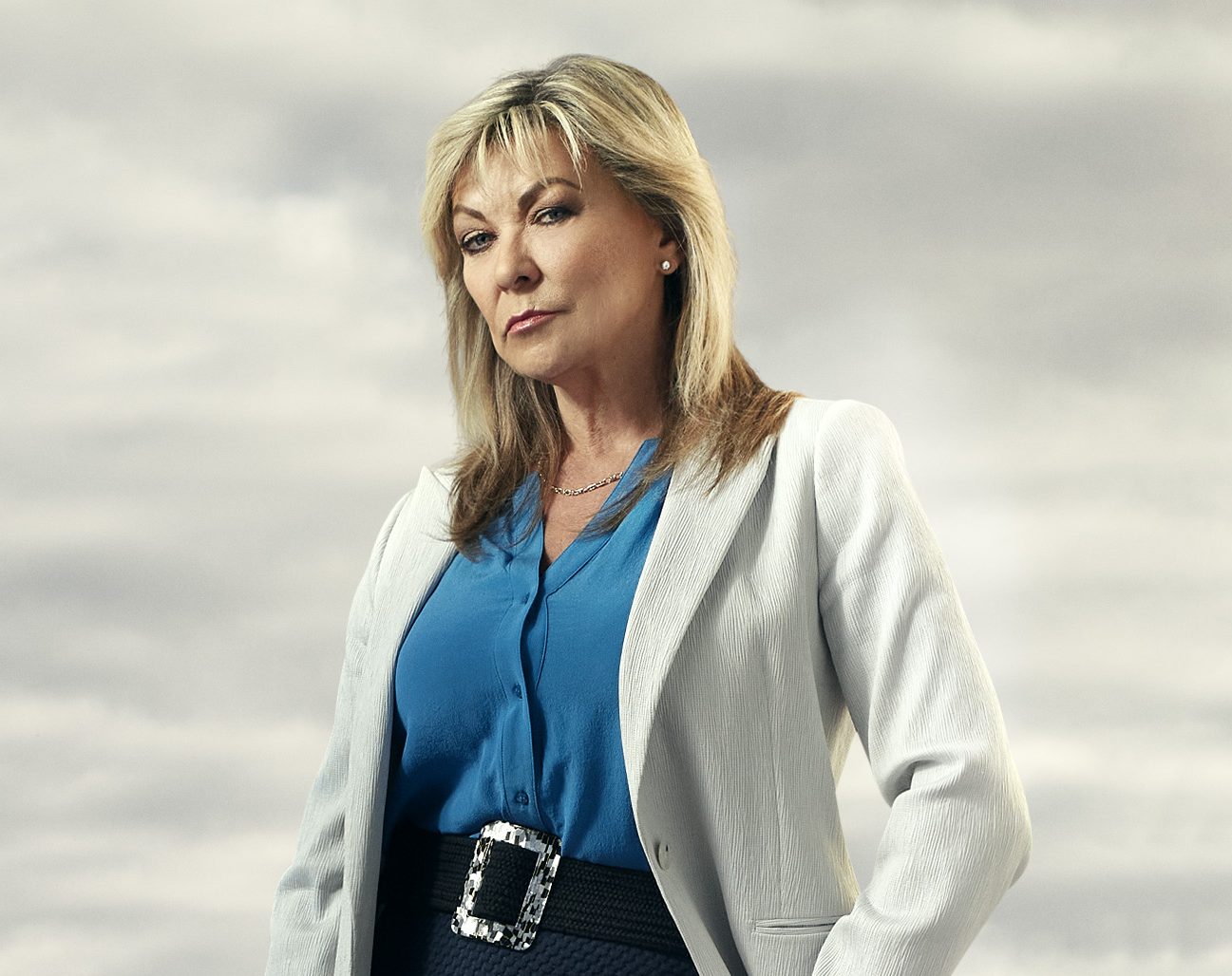 Emmerdale iconic badass queen Kim Tate looks set for a downfall as soap boss Kate Brooks has warned that the Home Farm schemer may well meet a tragic end as the poisoning story takes some huge and final twists over the summer.

Kim is becoming obsessed with unmasking her enemy who has been lacing her with toxins and as her paranoia and suspicions increase, showdowns follow.

But she may have misjudged her adversary – and Kate has warned that Kim has every chance of paying the ultimate price in her mission to get revenge.

The producer said: ‘We’re used to seeing Kim strong and powerful. She isn’t always known for her vulnerability.

‘Over the last few weeks we’ve seen her start to see her doubt not only her own sanity, but also the people she loves the most about who it is that’s trying to bring about her downfall.

‘As her paranoia reaches boiling point, she will stop at nothing to ensure she catches the culprit responsible for trying to instigate the downfall of Kim Tate, but as with all best laid plans, they all don’t go accordingly – will her plan to catch the person responsible bring about her own downfall?

‘Will she end up paying the ultimate price? What happens to Kim and how does her plan backfire?

‘Those are the questions as we move into the next few weeks. It’s Kim Tate and Home Farm, it’s laden with twists and turns and brilliant escapism at its best.’

Nobody is safe in Emmerdale – not even the iconic Kim Tate.

But who will be unmasked as the poisoner? And will they finish the job or become victim to Kim’s revenge?